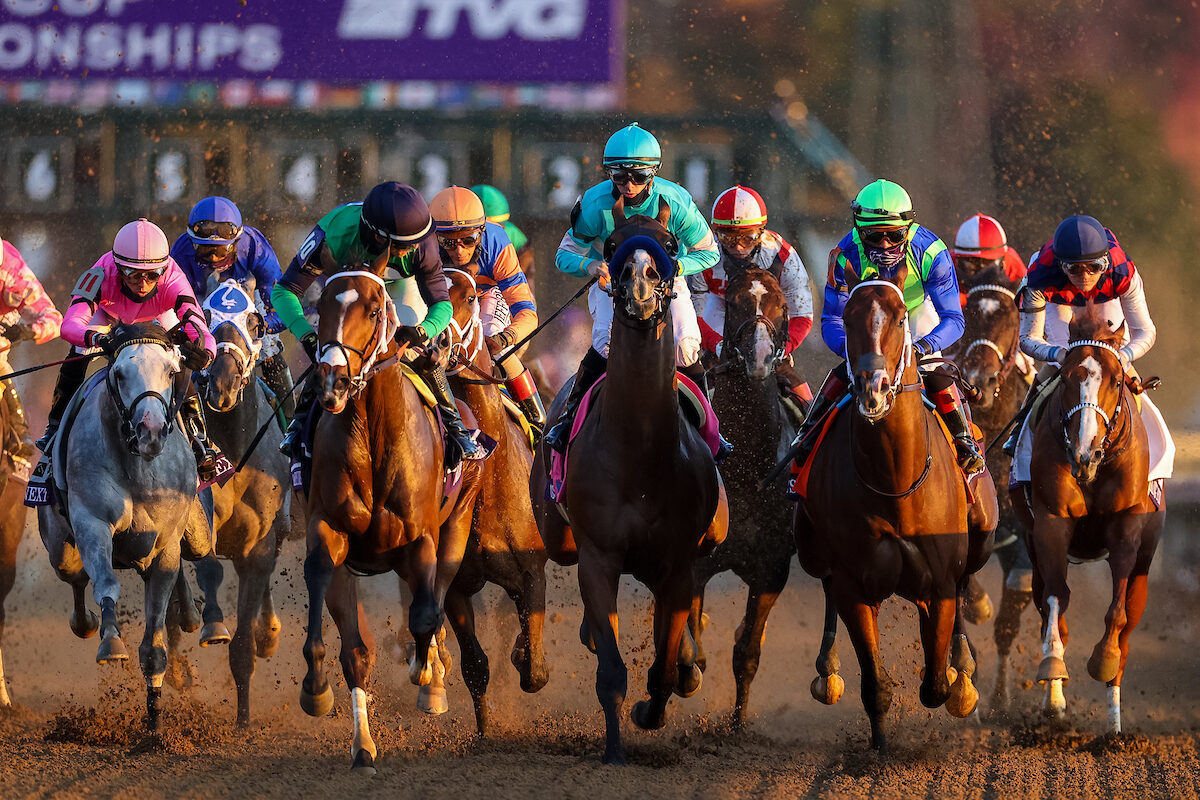 Horse racing gamblers are you looking for 2022 Breeders’ Cup Juvenile Fillies Free Pick & Handicapping Odds…plus some predictions? Need some advice on who to take? The 2022 Juvenile Fillies is set for November 4 at Keeneland Race Course in Lexington, Kentucky. Here’s a preview of our top contenders.

Race #2 on the first day of the 2022 Breeders’ Cup World Championships is the Juvenile Fillies for female horses age two. They’ll be racing 1 1/16 miles on the Keeneland dirt track.

The race has drawn a full gate of 14 starters and looks on paper to be fairly wide open with lots of betting value to be found in the morning line odds.

Heavy favourite Echo Zulu won the $2021 BC Juvenile fillies and paid $3.80 for the win, and combined with the second favourite to pay $4.90 on the $1 exacta.

Odds listed here are provided by the Keeneland track oddsmaker.

Chocolate Gelato scored her first Grade 1 win in her first attempt last out when taking the (G1) Frizette Stakes over a sloppy Aqueduct track racing one mile. Both the second and third-place finishers of that race are entered here.

Prior to that she broke her maiden second time out over six furlongs at Saratoga, and in that race the third-place finisher came back to win her next start.

After staring her career with two wins on the turf, Chop Chop moved to dirt for her last race and after breaking from the gate a bit slow managed to get up to be beaten by just a nose in the (G1) Alcibiades Stakes at the track and distance.

She has shown good ability to race just off the pace which should serve her well in this large field. She has also shown significant improvement her speed figures with each successive start.

The winner of the previously mentioned Alcibiades Stakes, Wonder Wheel has won three of her four races and ran second in the other. All three of her last starts have been at the stakes level and she has been stretching out in distance each race.

She has versatility in that she has won going wire-to-wire and also coming from off the pace.

While she has been running in races restricted to Florida breds, Atomically has been very impressive in her last two starts, winning both by a combined 13 3/4 lengths. The third-place finisher in her last race has since come back to win.

Now stepping up to take on open company, she will have to find a bit more speed as her top Equibase figures are not quite on par with some others in here.

To my mind the Alcibiades Stakes is the key prep race for horses coming into this, and I’ll be looking at  both Chop Chop and Wonder Wheel to both factor into the finish on Friday. Note the third-place runner in that race (DQd to fourth) Raging Sea is also entered here.

While I do have a bit of a concern regarding the distance, I like the fact Wonder Wheel can both go to the front and come from a bit off the pace and I’ll play her for the win and hope to get a bit of value.