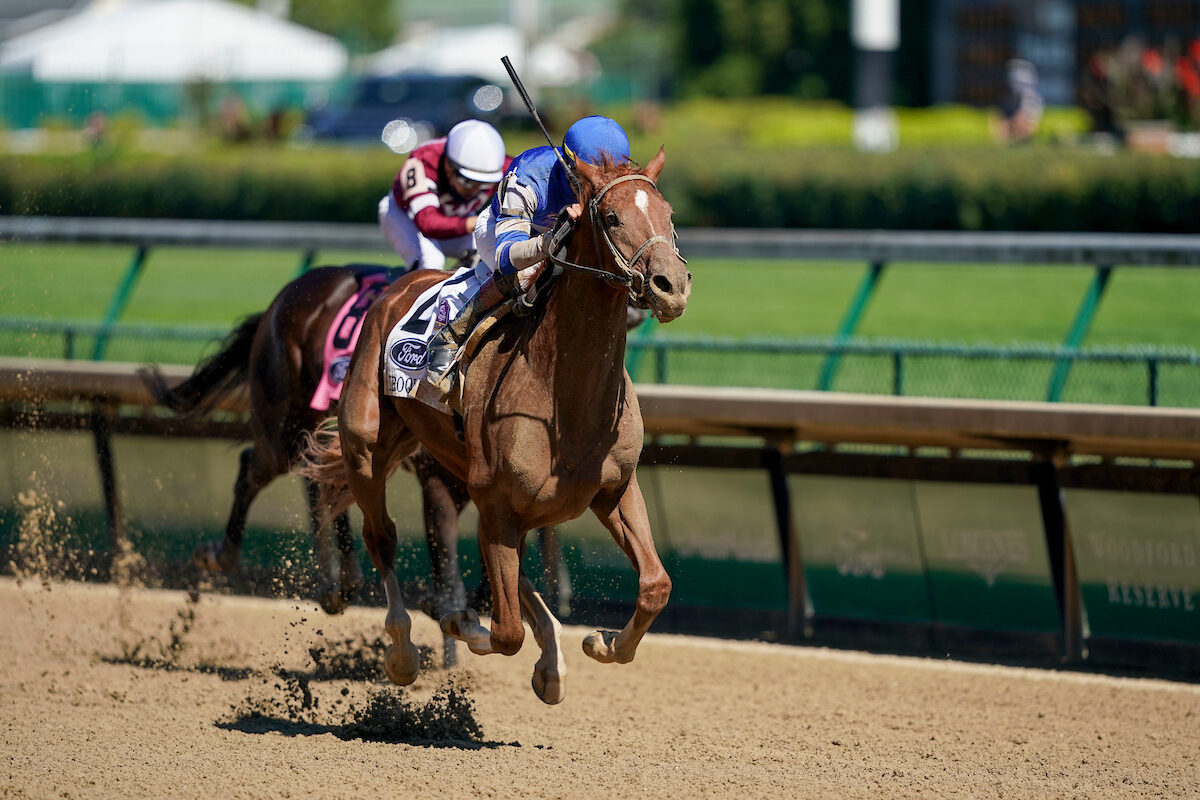 Horse racing gamblers are you looking for 2022 Belmont Stakes Free Pick & Handicapping Odds…plus some predictions? Need some advice on who to take? The 2022 Belmont Stakes is set for June 11 at Belmont Park in Elmont, New York. Here’s a preview of our top contenders.

Without a Triple Crown bid on the line this year, the main storyline for Saturday’s 154th running of the Belmont Stakes is focused on 80-1 Kentucky Derby winner Rich Strike.

The connections decided to skip the Preakness in order to train up to the Belmont, where the question is whether his upset victory at Churchill – only his second win in eight lifetime starts – was simply a case of all the stars aligning in his favour, or if he is a legitimate Grade 1 stakes talent.

Open to horses age three, the Belmont is run at 1 1/2 miles on the dirt. Seven colts and one filly are expected to go to the gate, including a morning-line favourite making his Triple Crown series debut.

The new face on the TC scene, We The People did not race as a two-year-old and has a record of three wins in four lifetime starts this season.

Last out he was the easy winner of the (G2) Peter Pan Stakes at Belmont going 1 1/8 miles on a track rated as good. He will most likely be going to the early lead and trying to control the pace throughout. In 2014, Tonalist missed the first two legs of the Triple Crown, won the Peter Pan and then came back to win the Belmont.

Finishing fifth in the Kentucky Derby, 3 1/2 lengths back of the winner, marked the first time Mo Donegal had not been in the top three in his six race career. Prior to the Derby he had won the (G2) Wood Memorial by a neck over Early Voting, who won the Preakness three weeks ago.

For him the concern is getting a good break from the gate and not getting too far back of the early pace. To that end his post position here should be a benefit.

The massive underdog in the Kentucky Derby, Rich Strike now runs as one of the favourites and could in fact be the favourite when the gates open on Saturday.

Once again he’ll face a lot of challenges, as despite the fact the Belmont is even longer than the 1 1/4 mile Derby, deep closers like him seldom win the race. At Churchill he benefitted from a suicidal early pace by the front runners that he’s not likely to get here.

The Preakness Stakes was Creative Minister’s first attempt at stakes level company and he didn’t do badly, finishing third, 3 1/2 lengths back of the winner. Prior to that he was a winner at the allowance level where he scored a 108 Equibase speed figure, tops in this field.

He has shown the ability to get into a good stalking position in the last three of his races, and that style of running has been fairly successful for past Belmont winners.

There are basically two schools of thought when it comes to Rich Strike. Either he flew under the radar all spring and came into his own as a top-class thoroughbred at just the right time, or he was simply the last horse standing when all the other Derby contenders ran each other into submission.

Personally, I’m in the latter camp. I just don’t believe a run-of-the-mill horse suddenly becomes the best in his class overnight, despite the confidence that he could win his connections displayed post-Derby. I’m betting against him, and if he beats me, he beats me.

On paper, We The People has the only legitimate early speed in the race, and lone speed loose on the lead is always dangerous. But given that, I don’t think they’re going to let him open up by 5-6 lengths. I think the filly Nest might be one to go with him, Creative Minister will be stalking up close and even Mo Donegal might be closer to the pace than usual.

I take a bit of a price and play Creative Minister for the win, with Mo Donegal using his usual late charge to get into the exacta.