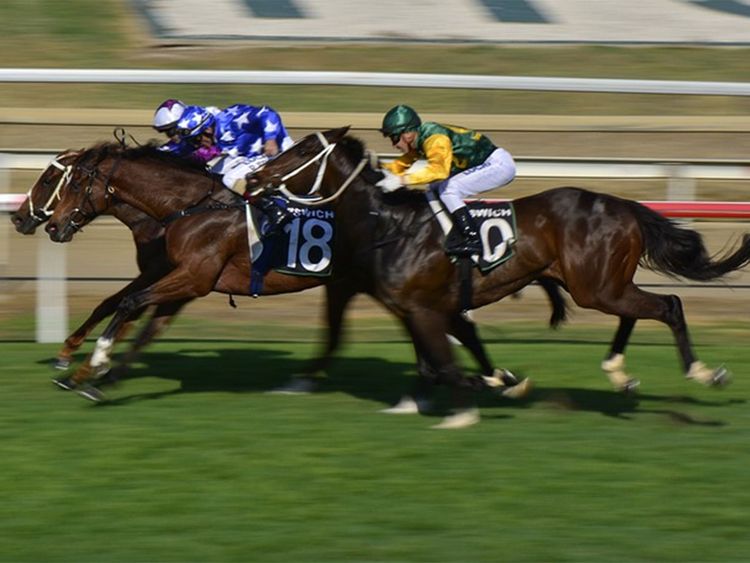 Horse racing gamblers are you looking for 2020 Saudi Cup Free Pick & Handicapping Odds…plus some predictions? Need some advice on who to take? The 2020 Saudi Cup is set for Saturday at King Abdulaziz Racecourse in Riyadh, Saudi Arabia.  Here’s a preview of our top contenders.

The richest horse race in history is set to go this Saturday with the inaugural running of the $20 million Saudi Cup from Riyadh, Saudi Arabia. Although racing in Saudi Arabia doesn’t typically get a lot of play in North America, the massive purse – with $10 million going to the winner – has drawn an impressive international field that includes some of the very best horses that have been racing on US soil over the past couple of years.

The race has drawn a field of 14, with a pair of females going up against the boys. They’ll be racing 1 1/8 miles on the dirt.

You can’t hold it against Maximum Security for the debacle that ended with him being disqualified to 17th place after crossing the finish line first in the 2020 Kentucky Derby. Toss that result and this is a colt that has won seven of eight lifetime races, and finished second in the other by just a length. He’s won at multiple different distances at multiple different tracks, and while you never know until they run how horses handle the long overseas trip to race in the Middle East, that’s certainly no reason to discount him as the favourite.

Jason Servis is the trainer, regular rider Luis Saez is back in the saddle.

With a trainer who has had a lot of success taking horses overseas, and a record that includes 13 first-or-second place finishes in 14 starts, McKinzie looms as a legitimate threat in this race. Last out he was second in the Breeders’ Cup Classic, but that race is run at 1 1/4 miles, and now he gets a cut back to what is probably his very best distance. Two starts back he was a disappointing second in the (G1) Awesome Again Stakes behind a 25-1 shot, but keep in mind that superstar jockey Mike Smith came under a lot of criticism for his ride that day and has since lost the mount.

Bob Baffert is the trainer, Joel Rosario rode the BC Classic and gets the call here again.

One of two mares in the field, Midnight Bisou will be making her first lifetime start against males and simply put, she fits here because she has nothing left to prove against her own gender. Although run down at the wire in the 2019 Breeders’ Cup Distaff in her last start, prior to that she had run off a string of seven straight wins, in some of those appearing to take command of the race at will. She’s won before at 1 1/8 miles, so distance isn’t a problem, although the outside post in a one-turn race is a bit of a concern.

Steve Asmussen trains, while jockey Mike Smith gets the chance to turn the tables on his old buddy Baffert.

While North American horses are considered to be a notch above the other international entries, the well-traveled Benbatl is drawing some interest as one that could get up for a piece of the prize. A winner of two straight, and three of his last four, he made 20 starts with mixed results in some of the biggest turf races in the world before winning his dirt debut last time out. While this race is likely a big step up in class from that event, he’s a talented colt who should have some say in the outcome.

The very accomplished Saeed bin Suroor is the trainer, Oisin Murphy will be in the irons.

I see some separation between the top two in this field and the rest – although some of the rest are very good horses – and I’m going to bet it that way, with Maximum Security for the win and place and boxed with McKinzie in the exacta. I’ll put those two in the top two spots in the trifecta, and use the others mentioned here, as well as Mucho Gusto on the bottom of the tri ticket.

What do you think of our 2020 Saudi Cup Race Odds & Predictions? Weigh in below with a comment. We welcome your feedback.