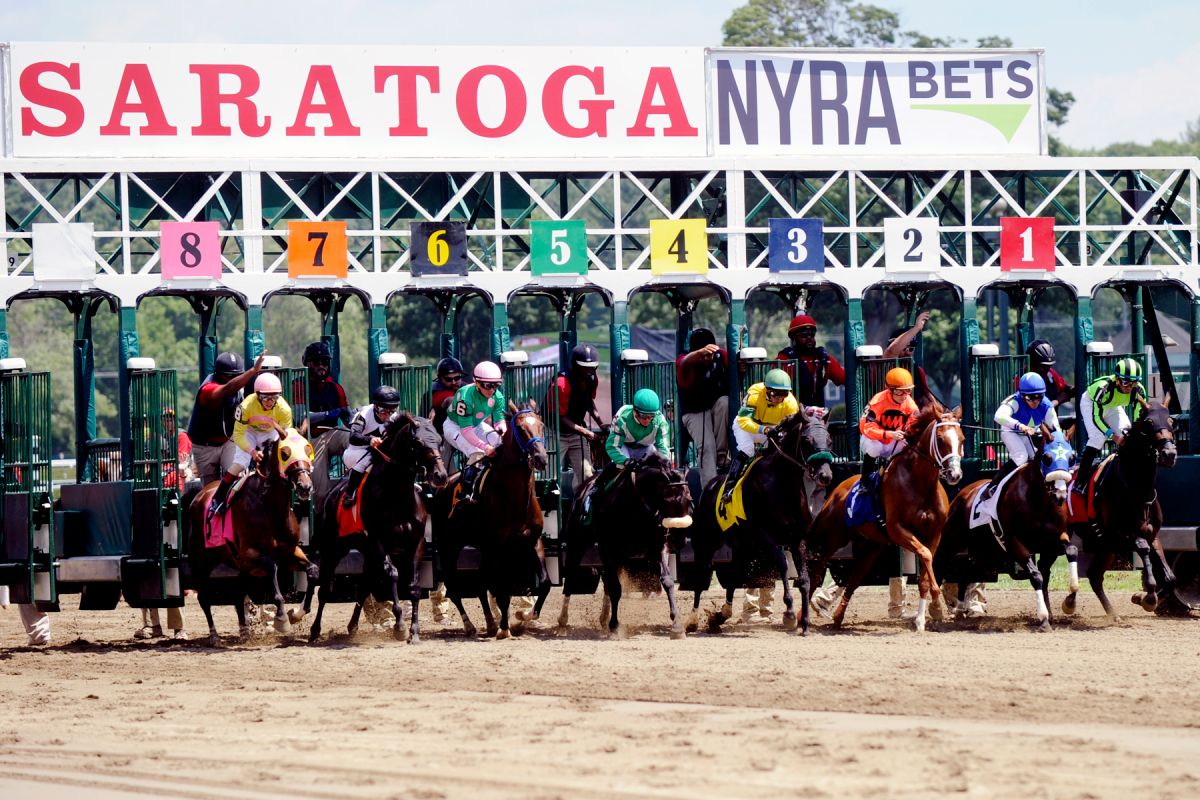 Horse racing gamblers are you looking for 2020 Alfred G Vanderbilt Handicap Free Pick & Handicapping Odds…plus some predictions? Need some advice on who to take? The 2020 Vanderbilt Handicap is set for Saturday at Saratoga Race Course in Saratoga Springs, New York.  Here’s a preview of our top contenders.

A small but mighty field is set to go to the gate on Saturday at Saratoga for the Alfred G Vanderbilt, with four of the five entries sporting graded-stakes wins on their resume. The race shapes up to be a battle between some wily veterans against the pre-race favourite young upstart.

Lightly-raced four-year-old colt Volatile will be making just his sixth lifetime start and first try at the graded-stakes level. He’s a winner of four of those five races and was second in the other.

He’s popped off two huge Equibase speed ratings in a row, and last out made his stakes-racing debut by winning the Aristides Stakes at Churchill Downs, blowing away the field by eight lengths in a time that tied the track record for the distance.

A Kentucky Derby contestant way back in 2016, Whitmore found new life when they turned him into a sprinter, and has now put more than $3 million in career earnings into the bank on the strength of 14 wins and 27 in-the-money finishes in 34 career starts.

Many were ready to count him out as he struggled through 2019 with only one win in seven starts, but he has shown some bounce-back in 2020 and comes into this on a two-race win streak, including a last-out win in the (G3) Count Fleet Sprint Handicap.

Another former Derby runner – this time from 2018 – that has found success cutting back to shorter distances, Firenze Fire has won four of his last five since running fourth in the 2019 Breeders’ Cup Sprint. Last out he won the (G2) True North Stakes at Belmont.

Fourth in this race last year, he might be better going seven furlongs or one mile.

He’s trained by Kelly Breen and Irad Ortiz Jr. will be the rider.

After winning three straight to close out 2019 and start 2020 – two of those by a nose – Mind Control took a step back last out when finishing sixth in the (G1) Carter Handicap, two places and five lengths back of Firenze Fire who he’ll be meeting once again.

The first of those three wins came at Saratoga in the (G1) Allen Jerkens Stakes. That race was run at seven furlongs and he’s another that might benefit from a bit more distance, although he has won at six furlongs in the past.

He’s trained by Gregory Sacco, while John Valazquez will be in the irons.

We’re going to see if Volatile is all he has been cracked up to be, or if he has been padding his record against weak fields. His race times suggest that he may just run the rest of the field off their feet and win this going away.

That said, I’ve always been a fan of Whitmore, and if the post time odds are anywhere near 4-1 I’ll give the old timer a shot to beat the kid and play him for the win. I’ll also put him in a straight exacta on top of Volatile.

What do you think of our 2020 Alfred G Vanderbilt Handicap Race Odds & Predictions? Weigh in below with a comment. We welcome your feedback.