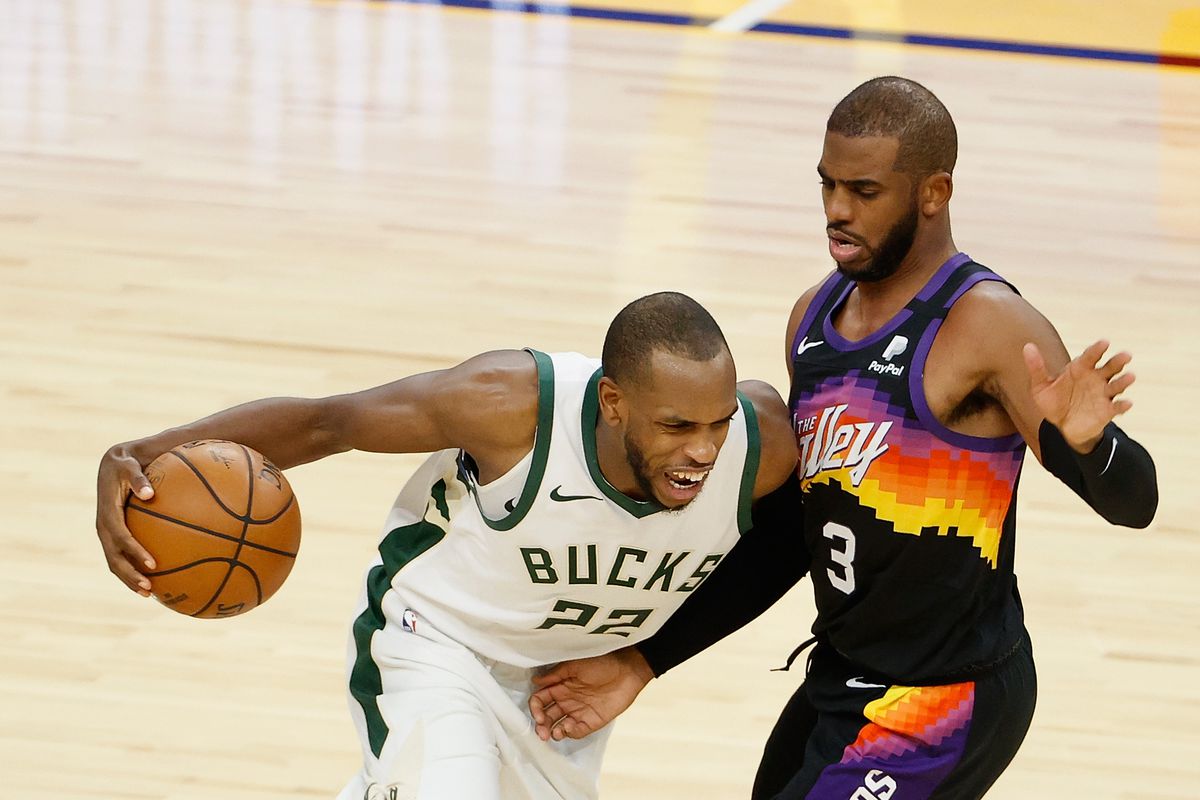 Sunday, January 30th. the Denver Nuggets play the Milwaukee Bucks for the second and final time this season. The Bucks won the initial match on November 26th with a score of 120-109.

Both teams last played on Friday with the Nuggets defeating the Pelicans 116-105 while the Bucks defeated the Knicks 123-108.

Last season the clubs played twice with the teams splitting each winning on the road. The Nuggets hold the all-time record having bested the Bucks in 62 of their 100 matches

While the league leans into positionless basketball and is trending toward the two-way lengthy wing players there are two big men who are making the argument centers still matter and one of them is the reigning MVP Nikola Jokic (Joel Embiid is the other).

Denver is trending upward with nine victories in their last 12 games and has won four in a row with Jokic a big factor in why they’re on this recent win streak.

In the most recent match, he simply took over finishing with a triple-double effort of 29 points, 13 rebounds, and 10 assists along with two steals.

During the four-game win streak, the Nuggets are averaging 116.75 points while holding their opponents to 109.75 points.

Will Barton (illness) was upgraded to probable as is DeMarcus Cousins (foot) for Sunday. Vlatko Cancar (foot) and Jamal Murray (ACL) are out indefinitely while Michael Porter Jr. (back) is presumed out for the season.

In the win versus the Knicks, the Bucks led wire to wire with All-Star starter Giannis Antetokounmpo captaining them with a double-double effort of 38 points and 13 rebounds plus five assists, and a steal.

He was joined by his Big 3 partners as Jrue Holiday also registered a double-double of 24 points and 10 assists plus five rebounds. Khris Middleton delivered 20 points with seven rebounds, four assists, and two steals.

Grayson Allen was the only other Bucks player to register double-figures with 15 points.

Milwaukee has won four of their last five games with their lone loss coming against the Cavaliers albeit that was the worst game to lose.

Although both teams are 1.5 games back of the East-leading Heat by virtue of Cleveland taking two of the three matches they own the tiebreak at this point.

Rodney Hood (Achilles) is upgraded to probable while George Hill (neck) is doubtful for Sunday. Brook Lopez (back) is out indefinitely.

This match should offer an exciting competition with two of the top superstars in the game.

With the Bucks core healthy it should benefit Milwaukee but Jokic has demonstrated an ability to win games on his own because he draws double and triple teams and in doing so will find his open teammate for a wide-open look.

Keep an eye on Holiday as he might have the biggest advantage against Denver with Monte Morris likely drawing the defensive assignment on Jrue.

Although I like the Bucks to win at home, I also like the Nuggets to keep it closer than the 6.5 point spread.

If you’re looking for more NBA picks like this Denver Nuggets vs. Milwaukee Bucks matchup, we’ll be providing 4* free NBA predictions on the blog during the entire 2021 NBA season, and check out our Experts for guaranteed premium & free NBA picks!