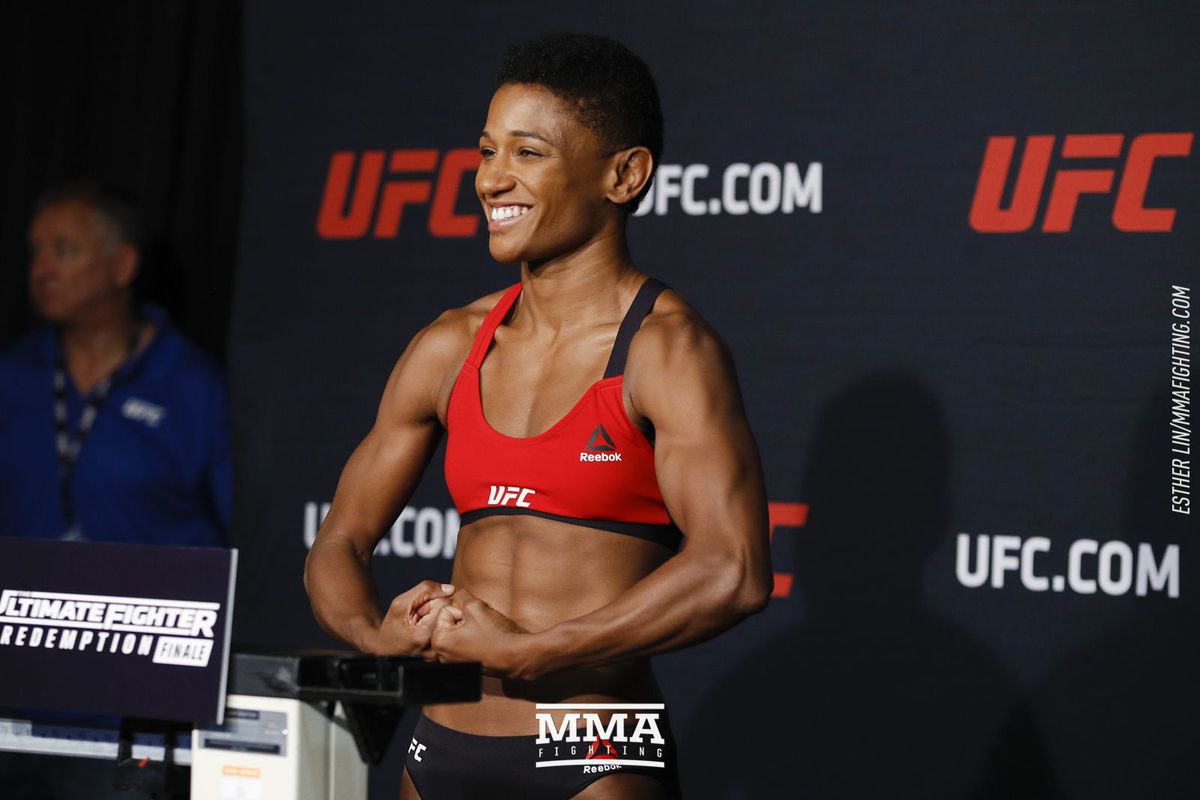 Ready for UFC Fight Night picks and betting odds & predictions? This UFC card will take place on Saturday, September 12th with a headliner between Michelle Waterson and Angela Hill. Some people have told me I am the hottest handicapper in MMA over the past two weekends. I am not going to disagree, 13-1 is pretty damn good, yeah? Lets make it three weekends in a row. Stay hot, rocket.

Free UFC Fight Night Picks – Since Thiago Santos and Glover’s headliner was pulled from this card, Waterson and Hill were promoted to the main event slot.

Waterson has lost her last two fights, both by decision. Before that, she won three fights in a row and has been very streaky throughout her career.

This will be Angela Hill’s 4th fight of 2020 and is showing no signs of slowing down. She won both of her first two fights and lost her third, even though the public, myself included, thought she won.

As for the fight, it should be a really interesting one, especially now that it is 5 rounds. If Hill can keep up with her combinations, I see her winning and winning quite decisively. I do, however, hate the fact that the public is backing Hill and backing her heavily. I bet on her her last fight, when she was an underdog and she was a really well kept secret. Cats out of the bag, I will take her here as a lean, as the sharp pick may very well be Waterson.

Free UFC Fight Night Picks – This is such a fun fight that has went under the radar for far too long. Azaitar is undefeated throughout his professional career and seems like he could be one of the best prospects the UFC has to offer.

Worthy seems to win when he needs it most, stopping Luis Pena by submission in the third round as a hefty underdog.

As for the fight, Ottman’s hand speed should play a huge factor. He may be the smaller fighter, but his speed, especially up the middle, was remarkable. However, Worthy has the skills to keep distance and potentially end this fight. I will go with Worthy, but this is a lean. Be advised.

I am not a huge fan of this fight from a betting perspective, but it is really intriguing from an odds perspective. Roxanne is a near +300 underdog, but with over 40 professional fights and a boat load of film rounds in the UFC, you know what you are getting. Her game plan in her last fight worried me a little bit, but if she can implement a better, more thorough game plan this go-around, there is value there.

Lee is the better fighter, though. If you down some units on the book, then Modafferi deserves a look, but if not, Lee is the play.

Rodriguez’s physical presence is undeniable, but this fight reminds me a lot of Devin Clark and Alonzo Menifield. Herman being Clark and let me explain. Both heavy underdogs, both with the cardio advantage, both needing to withstand the power of their opponent. I picked Clark in that fight, I will pick Herman in this fight. I will make it a lean due to the odds, but I think it is a pick worth eyeing.

Put on my suit on for this one. Hope I am not overthinking.

Another lean. I am not getting burned on these fights anymore.

This is also a lean. Frevola’s wrestling scares me a tad.

This is a lean. Not a fan of the odds here.