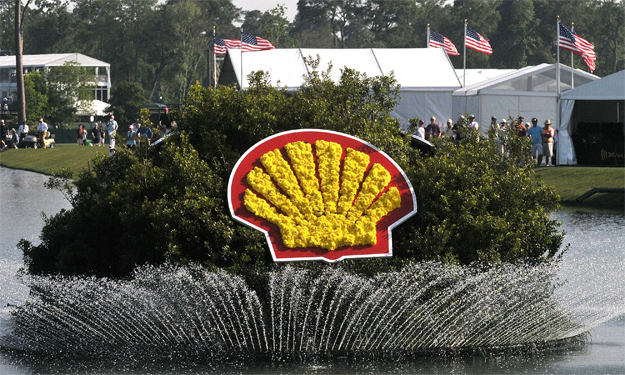 Ready for 2016 Shell Houston Open betting predictions?  The PGA pros head to Houston this week to prep for next week’s Masters – 33 players that are in this field this week will tee it up at Augusta. GC of Houston will play host to the best in the world this week – a par 72 track that measures 7,441 yards.

A look at the trends that will be essential for this week are puzzling – accuracy off the tee isn’t necessary at all – it is all about your second shot and your ability to hit greens that will determine the winner this week – driving distance is also something to keep an eye on. That said an ability to post good scrambling stats will also serve players well – scoring from the rough is notoriously tough here as is excelling on the extremely quick greens.

So with that in mind who should we be keeping an eye on this week? Let’s take a look.

Spieth enters in a bit of a slump and obviously needs a good tune-up for next week. He lost this tournament last year in a playoff. He should be motivated as ever to get back the #1 spot in the World Golf Rankings – a good result here would go a long way.

Skipped the WGC Match-Play and should be rested.

He has made the cut all four times he’s played GC of Houston with two top 3s including a T2 in 2009. He is coming off a T3 at Bay Hill (he had a real chance to win that tournament) – present form and track history certainly point to a good week.

Was disappointing in the Match-Play but has finished inside the top 10 five times in 2016 – four top 5s. His record here hasn’t been great – a solo sixth in 2014 was his only top 50 in four appearances but Fowler is on a different level right now.

His game right now is perfectly suited for GC of Houston (he’s tops in all-around on TOUR) – look for a bounce back from one of the more consistent guys in the PGA.

Enters having finished top 15 in three straight but hasn’t been great here – two missed cuts a WD and an OK T4 in 2013. Johnson has five top 20s in his last six starts but is just too tough for me to figure out on this track.

Has five top 20s in his last five appearances on this track, including a win in 2011 and a tie for fourth in 2012. He enters having recorded three top 5s already this year and looks to ramp up for a run at his fourth Green Jacket.

Mickelson should be in fine form heading into the weekend on a track that he has loved over the years.

Gotta love Louis. He finished second last week at the Match-Play and had a T14 and T7 in previous two starts – he’s in great form heading into this weekend.

Oosthuizen has three top 20s at the Shell Houston Open, including a solo third in 2012. Still, his current form is enough to have him firmly on my radar this week.

Local guy looked good last week at the Match-Play and now has two top 10s in his last two starts (he now has six top 10s this year). He tees it up here for just the third time – he was T17 last year and enters this week in terrific form.

Reed is sixth on TOUR in both scrambling and scrambling from the rough – perfect attributes for this track. I’m expecting another big week for Reed.

Noteworthy because he’s the defending champ and had a second in 2009, eighth in 2012 and 12th in 2014. His current form has me shying away this week however.

Schwartzel has been terrific this year – two wins already in 2016 which followed an obviously therapeutic break. He’s made 5 of 6 cuts here with two top 20 finishes and should be in the mix again based on current form.

Just can’t seem to get a win but always seems to pop up on leaderboards, He has top 20 finishes in three of his last four appearances here including a T5 last year and enters this week in good form – a T5 at Copperhead three weeks ago included.

Him being 22nd on TOUR in scrambling should help him out this week indeed.

Forget about his current form and look at his track history here – three top 10s and T16 in last four appearances in which his scoring average in just north of 69. Tringale loves this track and if a slump-breaker is imminent it will be this week.

Finished solo 10th here last year and has never missed a cut at this venue. He looked good at the Match-Play last week and also played well at Doral earlier this year when he tied for 17th.

Piercy is a dangerous guy and could be a factor at a very attractive price.

The pick this week is Louis Oosthuizen at +2000. He has a good history here and showed me last week that he is prime for a great week.

The sleeper is Cameron Tringale at +8000. Call it a hunch.

Do you like our predictions for this week’s PGA 2016 Shell Houston Open? Comments welcome below.

Golf handicapper DAVE B weighs in each week with his top selections. Including top picks and sleepers!