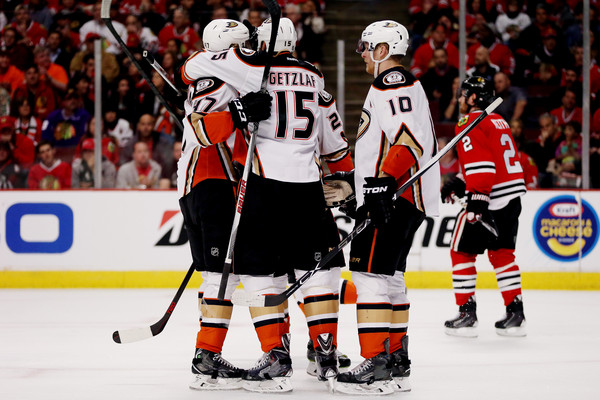 Anaheim plays game 2 of a 6 game homestand when they welcome in the Vancouver Canucks on Monday night.

The Ducks started their 6 game home swing with a 3-2 overtime loss to Chicago on Friday.

The Canucks started the season away from home in style as they won their first 3 games. Since then, the wheels have kind of fallen off on the road.

Vancouver did however grab a road win back on October 12th in Anaheim in a 2-1 shootout as Alex Burrows capped the win with a goal in the 3rd round.

Look for Daniel Sedin to be a major factor here on Monday as he has been heating up. Sedin has 6 goals and tallied 6 assists all in the midst of a 7 game point streak.

His point streak is even more impressive for the pure fact that the Canucks aren’t scoring at all. Vancouver has scored 3 goals or less in 7 of their last 8 games.

Anaheim’s season has been quite the roller coaster of a ride thus far. The Ducks currently sit at 8-11-4-1 and have rode both cold and hot streaks through this season.

Inside the Honda Center has been their best, especially as of late. The Ducks are 5-3-3-1 overall and that is after having a slow home start to the season.

Anaheim comes in after dropping heartbreaker to kick off their homestand to Chicago 3-2 in overtime. The Ducks led 2-0 late in the 3rd period, but Chicago tapped in 2 goals within a 1:41 frame to tie things up and eventually win it in overtime.

G Frederik Andersen is likely OUT for Monday as he continues to battle the flu. With the Ducks scoring woes considered, Andersen hasn’t done a bad job thus far. He holds a GAA of just 2.54 and a SVPCT of .914.

The Canucks scoring troubles raise a giant red flag here. Anaheim can either put 4 or 5 in on you, or get shut out just as easily. With the way the Canucks have played on the road, the home team has the value here.

The Ducks even out their homestand with a win on Monday covering the -1.5 PL.