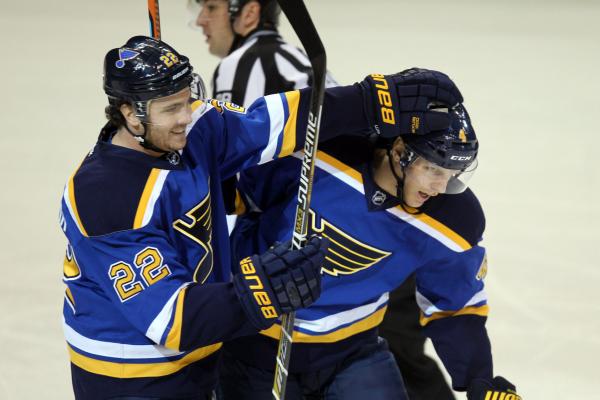 St. Louis continues to pursuit of a central division title as they get set to host the Canucks on Friday night.

The Blues come in off a 3-2 road trip, that involved a victory over these Canucks in shutout fashion.

Vancouver has had quite the struggle this season.

Their current 5 game losing streak is just one of many they’ve endured this season as they will miss out on the post season, but will look to play spoiler here against the Blues and down the stretch of the season.

The Canucks have earned just 1 point in 6 straight games as they have totaled just 5 goals in the process.

Vancouver took a 2 goal lead into Thursday’s game against Nashville, but eventually fell 3-2 in a shootout. That’s been the story of the Canucks season as they simply have never been able to hold leads or score enough goals.

The Blues meanwhile are in a battle for a Central Division title.

The surprise team in the NHL has been the Dallas Stars as they sit 2 points up on the Blues for 1st place. St. Louis struggled on their recent road trip, but manage to salvage it as they finished 3-2.

St. Louis did what they have done all season long and locked down defensively in their final 2 games of the road trip. The Blues shut out Vancouver followed by a shut out of the San Jose Sharks.

The Canucks may not be as bad as their record indicates, but this team has really labored this year with the goal scoring.

Expect the Blues defense to really swallow up the Canucks here in this one, not giving them many chances on net.

The Blues lock down defensively and give the Canucks very little chance on net in this game.

If you’re looking for more picks like this Vancouver Canucks vs. St. Louis Blues matchup we’ll be providing 4* free NHL predictions on the blog all season long, and check out our Experts for guaranteed premium & free NHL Hockey picks!