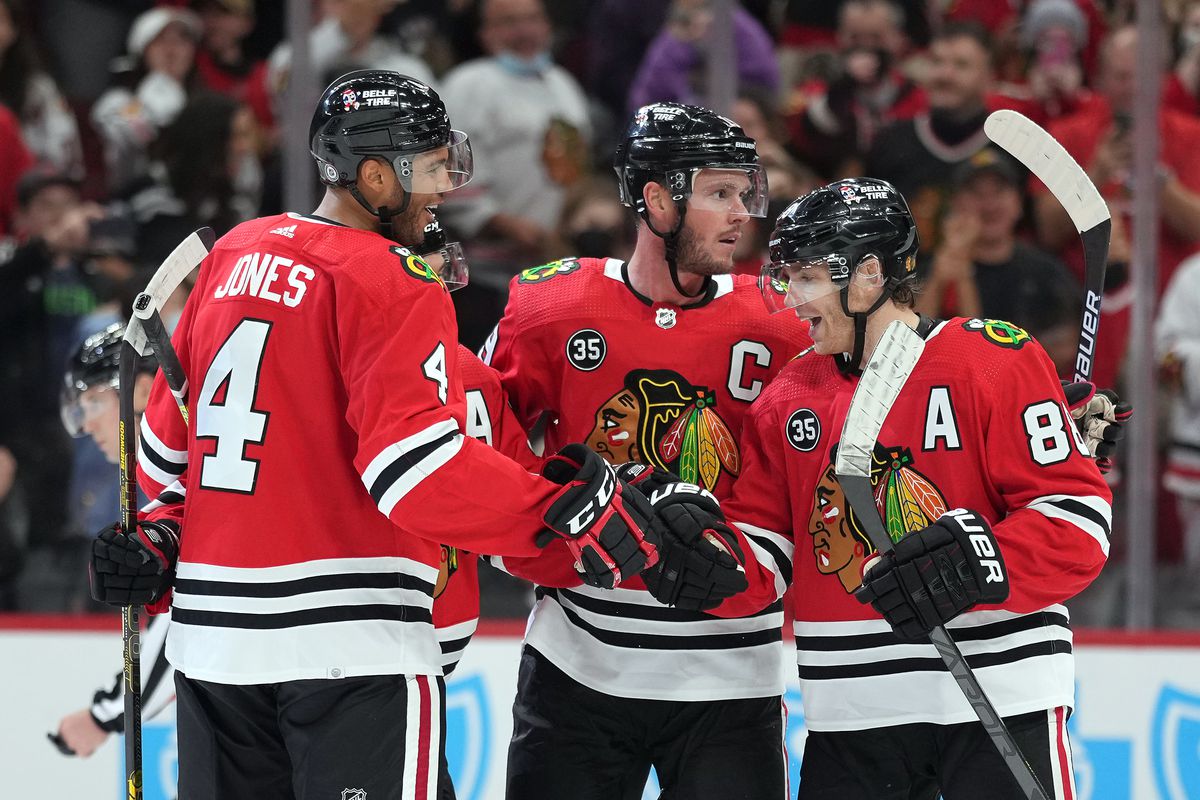 Vancouver had a rough time against the Sabres last game. They were up a goal early but ended up losing by 3. The Canucks had a bad first and last game, and played two decent ones in between.

Chicago is win-less through four games but it’s not time to panic yet. They looked terrible in their first three but were the clearly better team last game despite losing 4-1 to the Islanders.

This team is mediocre at best through their first four games of the season. It looks like more of the same from last season where they did not play well and were underdogs often.

Demko needs to be the best player on this team if they want to win, because they’re getting outplayed almost every game. Canucks as a short underdog on the road is not something I will want to play often. Unless they show me otherwise.

Last season they ended with 45% of expected goals at 5 on 5 which was good for 2nd worst in the league. They were about the same with high danger scoring chances.

So far this season they have 44% expected goals and they haven’t played many tough teams. Oilers, Flyers, Red Wings, Sabres. None of those teams are real xG% juggernauts.

They played the Avalanche, Penguins, Devils, and Islanders, so I’ll forgive them for getting outplayed. The interesting part is that they generated 83% of the high danger scoring chances against the Islanders last game.

Sorokin stopped nearly everything and had his best game of the season for the Islanders. Otherwise, the Hawks would have won that game. Fleury has been a weak link on this team.

Both of these teams have not been good so far, but Chicago is the team that showed me they can actually outplay someone else significantly. Vancouver has only been able to keep up at best.

Eventually Fleury will have to start playing better, or Lankinen could as well. Both were good last year, so both being bad this year shouldn’t last too long.

The one way I see this bet losing is if Demko or Halak steal the game with a great outing. Goalies are usually not the ones to decide a game if one team is playing significantly better, but it does happen from time to time.

I’ll take the home team that is desperate for their first win. This is a good time to get it.

If you’re looking for more NHL picks like this Vancouver Canucks Vs. Chicago Blackhawks matchup, we’ll be providing 4* free NHL predictions on the blog during the entire 2021 NHL season, and check out our Experts for guaranteed premium & free NHL Hockey picks!