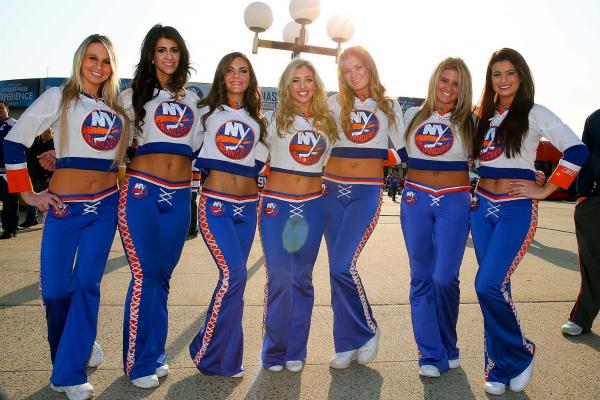 The Tampa Bay Lightning will be on the road Friday taking the ice against the Islanders at Nassau Veterans Memorial Coliseum in New York.

The Lightning will be looking for back-to-back wins after getting the best of the Devils 6-7 in New Jersey on Wednesday. The Islanders will be looking to continue an impressive streak after a 5-3 win at home against the Flyers on Sunday.

The Lightning have been able to dominate the Islanders through their previous ten matchups with an 8-2-0 record.

Tampa Bay has been able to score an average of four goals per game during the stretch while the Islanders have been scoring just 2.20.

The Islanders will need to find an answer for defending the Tampa Bay power-play on Friday, something they haven’t been able to do very well through the previous 10 games against the Lightning.

The Tampa Bay Lightning are now 6-4-2 on the season following a 7-6 win in New Jersey against the Devils on Wednesday. The win put an end to a two-game skid for the Lightning who have gone 2-3 through their previous five games.

The Lightning have been good for an average of 3.42 goals per game this season while giving up 3.50 to their opponents. They have been able to fire an average of 30.6 shots per night while allowing 35.8 on the defensive end of the ice.

Tampa Bay has scored eight power-play goals this year for a 25.0 conversion rate while giving up 13 goals while skating shorthanded for a 71.1 penalty kill percentage.

The New York Islanders have now won seven consecutive games following a 5-2 win at home against the Flyers last Friday. The streak puts New York at 8-3-0 on the season and in third place in the Metropolitan Division behind the Hurricanes and Capitals.

The Islanders have been able to score an average of 3.00 goals per night while giving up 2.45 to their opponents. They have been taking an average of 27.6 shots per game while allowing 31.5 on the defensive end of the ice.

New York has been able to put the puck in the net for five power-play goals this season, giving them a 27.8 conversion rate to go along with an 80.6 penalty kill percentage.

In the previous three meetings between these two, the Islanders have averaged more goals per game at 2.33 to 2.00. That being said, they are 1-1-1 through the stretch.

Currently, New York is scoring about half a goal less than Tampa Bay but they have been giving up a goal less per game.

New York has been hot their previous seven games. Until they lose, I have to put my money on them, especially with this one being in New York.

If you’re looking for more NHL picks like this Tampa Bay Lightning vs. New York Islanders matchup we’ll be providing 4* free NHL predictions on the blog during the entire 2019 NHL season, and check out our Experts for guaranteed premium & free NHL Hockey picks!