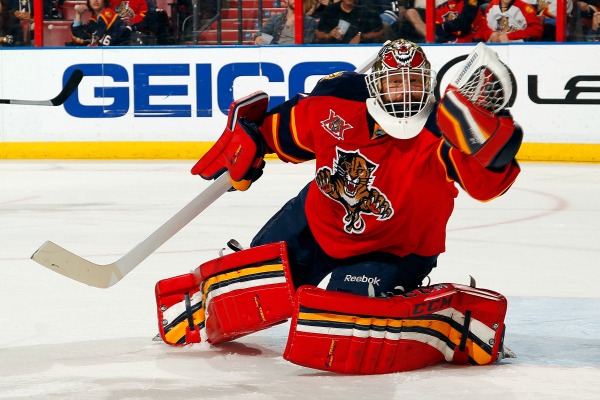 The New York Islanders continue to have a slim shot at clinching the Metropolitan division from the Washington Capitals.  However, with a matchup with the top-seeded team looming in their season finale, they will certainly be looking to atone for the 4-2 loss while picking up a win over the Florida Panthers on Thursday.

The Islanders have picked up victories in four of their last ten outings entering this matchup.  However, in their most recent contest, thee team fell to the Toronto Maple Leafs by a 2-1 score as a late goal by Jordan Eberle was not enough for an Islanders team that obtained only 29 shots on the night.

Toronto, on the other hand, had 38 shots for the contest as Calle Rosen along with Josh Tavares chipped in a goal apiece for the Maple Leafs after a scoreless first period.  Frederick Andersen had 28 saves for a .966 save percentage while Ryan Lehner suffered his 13th loss of the year.

A power play goal by Alexsander Barkov along with yet another goal in the final period by Troy Brouwer sealed the victory for the Panthers in their last matchup versus the Islanders on November 10th 2018.  Both teams had 31 shots on goal during the contest.

Center Tanner Fritz along with Valterri Fillpula are both out for this contest with hand along with upper body injuries.

The Panthers are looking as if they will miss the playoffs this season, despite picking up wins in their last three outings.  And while the offense for Florida has posted consistent offense throughout the season, their defense has really been inconsistent during this time.

Nonetheless, they continued their winning ways by picking up a win over the Washington Capitals in their last outing as they had 34 shots on goal for the night.  The Panthers have scored at least four goals in each of their last three contests.

Florida went up by a 4-0 score to begin the third period thanks to goals by Frank Vatrano (24) while Vincent Trocheck also chipped in two goals on the night.  Aleksander Barkov along with Mike Hoffman have 34 and 35 goals, respectively, on the season; Yet, neither have not posted a score in the past six outings.

Look for the under to be the strong play in this matchup as the Islanders will look to buckle down on the defensive end versus a team in the Panthers that have been lighting things up on the offensive end lately.  In all, look for the New York to obtain payback by picking up a 3-1 win in the end as the total will not surpass its set limit in the end.

The Islanders will be looking to also set themselves up for a season finale matchup with Washington will may indeed decide the Metropolitan division leader heading into the playoffs.  Look for this to be a highly competitive, yet low-scoring contest throughout.

If you’re looking for more NHL picks like this New York Islanders vs. Florida Panthers matchup we’ll be providing 4* free NHL predictions on the blog during the entire 2018 NHL season, and check out our Experts for guaranteed premium & free NHL Hockey picks!