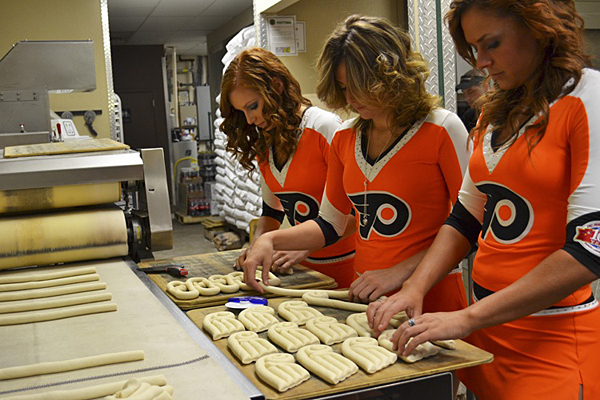 The Philadelphia Flyers have now dropped four games in a row after losing 1-4 at home against the Dallas Stars their last time on the ice. Philadelphia has only been able to put the puck in the net for seven combined goals during the four-game span.

The Las Vegas Golden Knights are now 6-3-0 on the season following an impressive 0-3 win in Pittsburgh on Saturday.

Las Vegas has been able to score an average of 3.44 goals per game this season while giving up 2.33 to their opponents. The Knights are taking an average of 35.0 shots per game while allowing 33.4 when skating on defense.

They have found the back of the net nine times on the power-play for a 30.0 conversion rate. Defensively, the Golden Knights have built a solid 94.3 penalty kill percentage.

Las Vegas is 2-1-0 there previous three games against the Flyers with the under being 2-1.

The Flyers are averaging more shots per game during the span but the Golden Knights are a much better defensive team this year than they have been in the past.

After getting off to an impressive start this season, the Philadelphia Flyers have now dropped four games in a row, most recently a 1-4 loss at home against the Dallas Stars on Saturday.

Philadelphia has six power-play goals this year, good for a 25.0 conversion rate. They have given up four goals while skating with a man in the box for a 73.3 penalty kill percentage.

Philadelphia has two power-play goals through the previous three games against Las Vegas on 10 opportunities. They have built a 75.00 penalty kill percentage vs. the Golden Knights during the three-game span.

I’ve been skeptical of the Golden Knights so far this season. They have an affiliate team in the town where I live so I am constantly hearing about them.

The Pittsburgh game was an eye-opener for me. To hold the Penguins scoreless on their own ice requires a solid defense. I don’t know if Philadelphia will be kept without a goal in this one, but I like Vegas getting the win on Monday.

If you’re looking for more NHL picks like this Las Vegas Golden Knights vs. Philadelphia Flyers matchup we’ll be providing 4* free NHL predictions on the blog during the entire 2019 NHL season, and check out our Experts for guaranteed premium & free NHL Hockey picks!