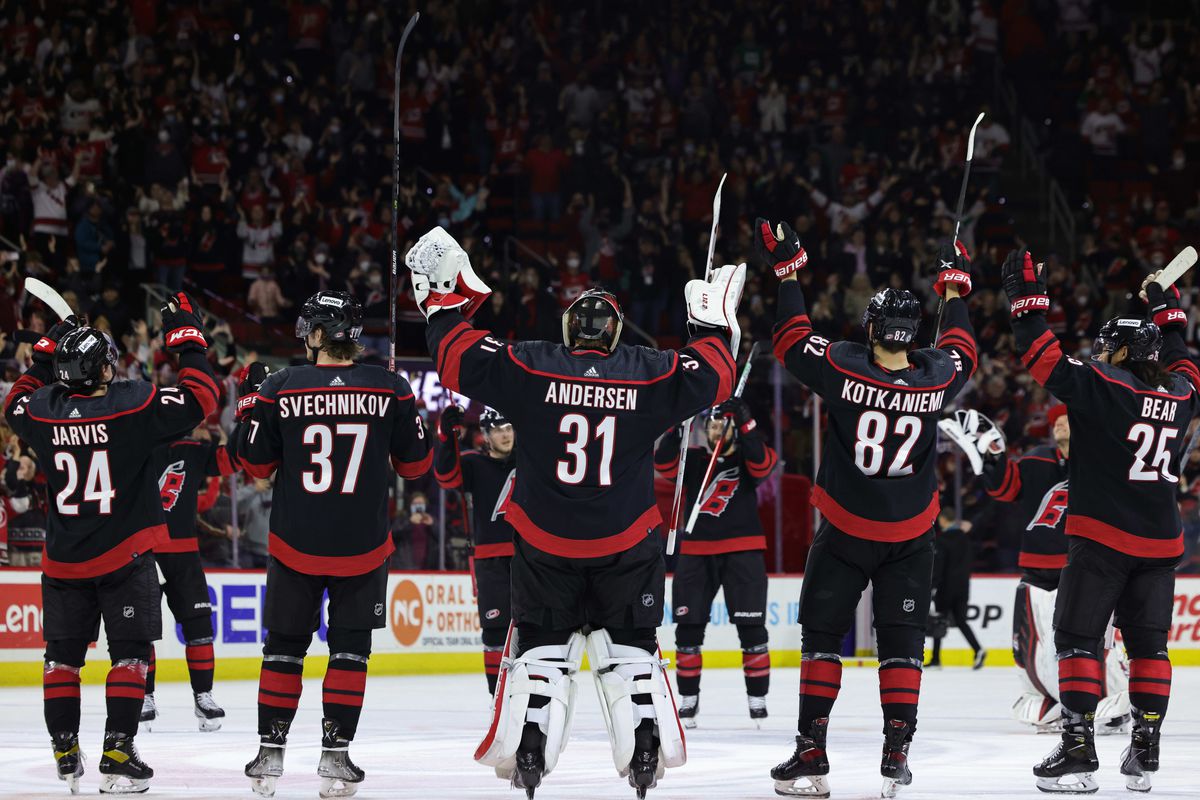 The leagues best defensive squad heads to Philly for the second game of a back to back. In their first, they managed to win a hard fought battle against Pittsburgh.

While the home team comes off a loss to The Capitals, they’ve also had 4 days to reflect and rebound.

Carolina enters this tilt on a two game winning streak, after dropping two in a row previously.

Offensively, The Hurricanes are scoring at an elite level, averaging 3.5 goals on 33 shots per game; which rank 6th and 11th, respectfully.

Moreover, The Canes possess the 6th ranked powerplay in the league, by boasting a 25.2 PP%.

Defensively, Carolina’s shutting down teams at an alarming rate, as they’re only allowing 2.4 goals on 28.7 shots per matchup; which rank 2nd and 3rd in the NHL.

Furthermore, their penalty killing unit owns a devastating 89.7 PK%, which garners a perfect ranking of 1st.

The Flyers are undoubtedly desperate for a win here, as they’ve dropped their last 4 games and only won 2 of their last 10.

Offensively speaking, Philadelphia is ranked poorly at 28th for goals and 17th for shots per outing; by scoring just 2.6 goals on 30.5 shots on average.

Additionally, they’re only scoring on 14.7% of their powerplays, which results in a 30th place ranking.

Defensively, The Flyers are allowing a monstrous 34 shots on per game, which is resulting in 3.4 goals on average; which rank 25th and 28th, dreadfully.

To boot, Philly’s shutting down opposing powerplays just 76% of the time, which equals a ranking of 24th.

If both teams were properly rested, it’s an easy prediction in favor of Carolina. That being said, The Canes are just 1-4 in their last 5 games on no rest.

All things considered, there’s no argument about who the better overall team is here, however the trends swing strongly in Philly’s favor and for all reasons listed, we’ve decided to side with the home dog.