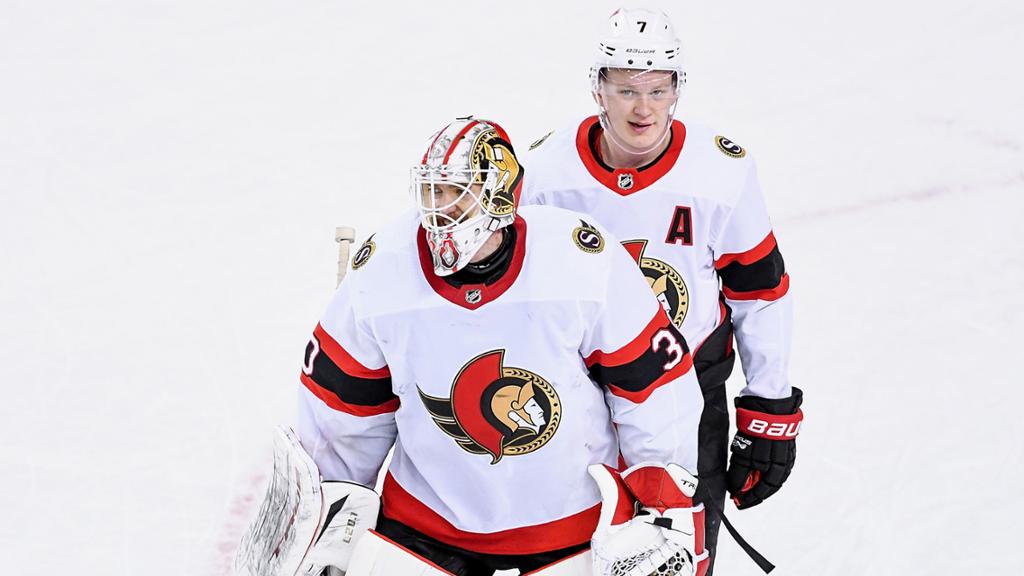 The Buffalo Sabres come into this road contest with an overall record of 11-20-6. Through 37 games the Sabres are 6th in the Atlantic Division. On the season, they have found the net 96 times, good for a rank of 26th among NHL teams.

Heading into the game, Buffalo is the 28th ranked defensive team, allowing opponents to score at an average rate of 3.49 goals per game.

So far, the Sabres have a strength of schedule rating of 22nd in the league. When diving into their opponent-adjusted scoring margin, they come into this game as the 29th ranked team in the NHL.

Coming into this game, the Buffalo Sabres leader in points is Tage Thompson. In his team’s 37 games, he has come up with 12 goals and 11 assists. He has scored his goals on a shooting percentage of 11.3%.

However, when on the ice the Sabres are –8 in scoring differential. The team’s top overall goal scorer is Jeff Skinner. Of his 13 goals, 15.0% have come during power play time.

Buffalo’s top goalie is Craig Anderson who is giving up an average of 2.5 goals per game.

In his 6 games played, he has turned in 4 quality starts. Giving him a quality start percentage above the league average.

The Ottawa Senators get set to host the Buffalo Sabres with an overall record of 11-18-2. This mark places them 7th in the Atlantic division. Through 31 games, the Senators have scored 89 goals, giving them an average of 2.84. This output gives them a rank of 29th among NHL teams.

On defense, they are the 17th ranked unit, giving up 3.61 goals per contest.

So far, they have played the toughest schedule in the league. And, when taking into account their scoring margin relative to the quality of their competition, they come in with a power ranking of 23rd in the NHL.

Through 31 games, Ottawa’s leading goal scorer is Joshua Norris. With his 16 goals and 8 assists, he is the second in overall points, coming in at 24. On the season he is turning 19.8% of his shots into goals.

In addition, the Senators have benefited from the strong play of Drake Batherson who is the team’s overall leader in points. In his team’s 31 games, he has come up with 10 goals on a shooting percentage of 15.4%.

While on the ice, his offensive production has led to a plus-minus rating of +5.

Ottawa’s top goalie is Anton Forsberg who is giving up an average of 3.16 goals per game. In his 13 games played, he has come up with a quality start just 50% percent of the time.

On the season, the Senators are covering the spread in less than half their games, with an ATS record of just 10-20. Despite playing at home, they have covered just 5 of their 14 home games. On the season, the Ottawa Senators have a per-game scoring differential of -0.74.

As the Ottawa Senators get set to take on the Sabres they have a below .500 record over their past five games, going 2-3. During this stretch, they have scored 14 goals, accounting for 45.0% of the scoring in these contests.

Even though the team is not finding success in the win column, they come into this game playing well on offense. In their past five games, they have outscored their average of 2.84 goals per game 3 times.

Look for Ottawa to take care of business at home, coming away with a win over the Sabres.

If you’re looking for more NHL picks like this Buffalo Sabres vs. Ottawa Senators matchup, we’ll be providing 4* free NHL predictions on the blog during the entire 2021 NHL season, and check out our Experts for guaranteed premium & free NHL Hockey picks!