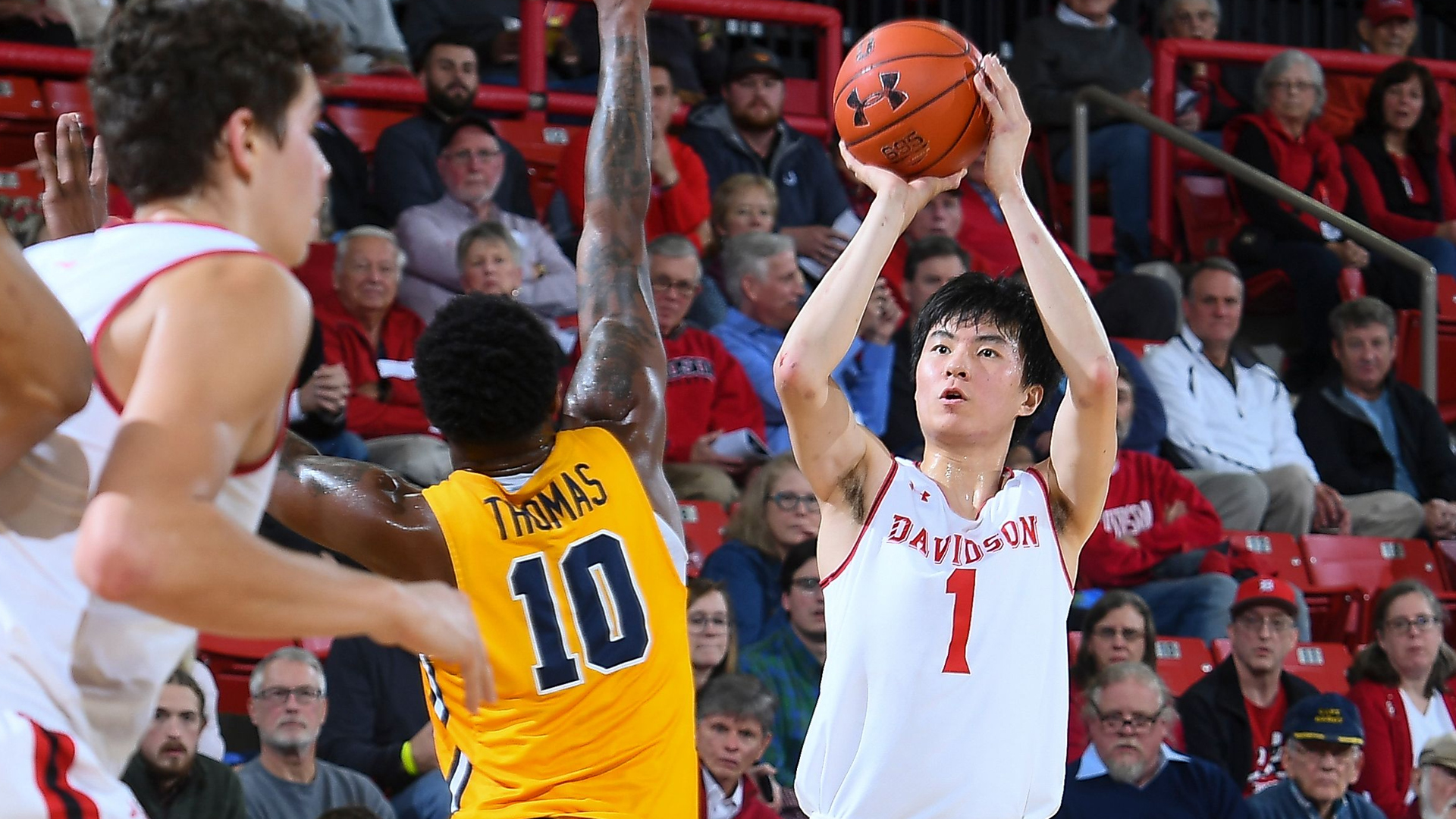 The VCU Rams will travel south and take on the Davidson Wildcats this Wednesday night. Davidson held off a late VCU rally last week in Richmond, and won the first meeting 63-61.

Davidson is favored to win by four at home here.

VCU remains as competitive as ever, and they came away from non-conference play with win over Syracuse and Vanderbilt. The Rams jumped out to a 3-0 start in Atlantic 10 play and they responded to a pair of losses with a 70-54 victory over St. Joseph’s Saturday.

VCU has one of fiercest defenses in the nation, and they only allow 56.8 points per game, which is good for 4th in the country.

Mike Rhoades team goes about ten deep, and Vince Williams Jr. is their senior leader. The 6’6 forward double-doubled in the road win over Dayton, and he scored a season-high 21 points in the win over St. Joe’s last time out.

Williams Jr. leads the team in scoring (12.2) and rebounding (6.0), while dishing out 3.2 apg. He’s also blocked multiple shots in four of his last seven games.

VCU throws a trio of defensive guards at opposing defenses led Adrian Baldwin Jr. The 6’1 sophomore returned to action in their win over Jacksonville State, and he’s contributed everywhere. Baldwin Jr. scored a season high 16 points in the win over GWU, and he’s averaging 10.3 ppg, while leading the team in assists (5.4) and steals (3.2)

Freshmen Jayden Nunn scored 21 points in the loss to UConn, and he’s third on the team in scoring (9.0). Senior Keshawn Curry brings over 80 games of experience to the lineup and leads the backcourt in minutes, while scoring 9.0 ppg.

Levi Stockard III and Hason Ward line up with Williams in the frontcourt, with the latter second on the team in rebounding (4.4) and first in blocks (158).

Davidson has been on tear since beginning the season 1-2. The Wildcats have ripped off 15 straight wins, including a strong-road victory over Alabama. This team has a been very profitable and they have a chance to make a deep run this March.

The Wildcats are one of the most efficient teams in the country, scoring 77.3 ppg, while shooting 49.8% from the field. They also shoot 41.6% from deep, which is good for second in the nation.

Their powered by the international tandem of Hyunjung Lee and veteran Luka Brajkovic. Lee had a quiet game in the first meeting with VCU, but he leads the team in scoring (16.2), while grabbing 6.7 rpg.

Brajkovic remains consistent as ever in year four, and he scored 19 points and grabbed 5 boards against VCU last week. The 6’10 big is averaging career-bests of 13.9 ppg and 2.3 apg, while leading the Wildcats with 6.8 rpg.

Foster Loyer is fittingly a Curry-esque sniper, but he’s been improved his shot selection since the start of A-10 play. The Michigan State transfer scored a career-high 35 points and hit eight threes in the win over Northeastern, and his scoring average is up a whopping 13 points, up to 15.7 ppg.

Michael Jones is the team’s best defender, averages 12.8 ppg and he scored a season-high 29 points in the road win over Richmond.

Their close battle last Tuesday will open this one at two possession margin, and that screams home team to me. Especially when those host have won 15 straight games, and their facing a small VCU team that doesn’t score well on the road. Davidson is built well from the inside-out, deep, and experienced. They’ve got momentum, size, and home court advantage on their side, so I love them here.

Take Davidson’s spread for this rematch.

If you’re looking for more College basketball picks like this VCU Rams vs. Davidson Wildcats matchup we’ll be providing 4* free college basketball predictions on the blog all season long, and check out our Experts for guaranteed premium & free NCAAB Hoops picks!