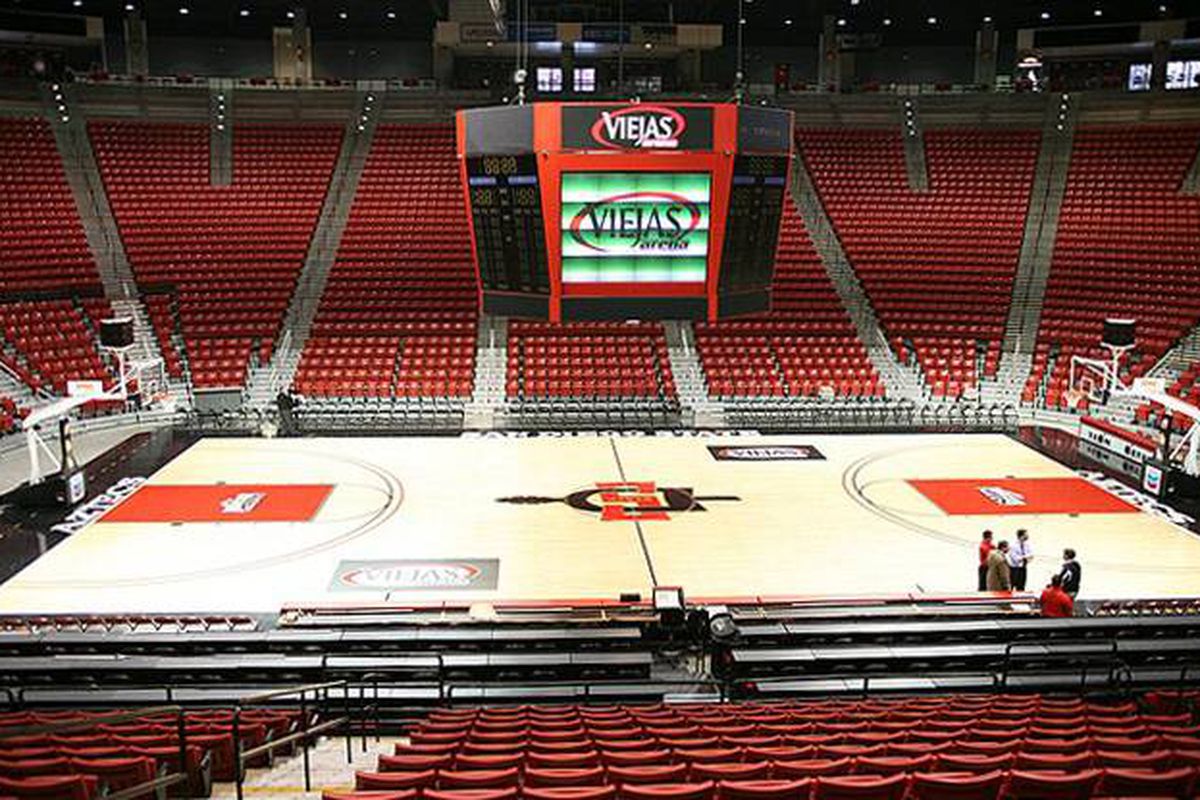 The San Diego State defense has continued to propel the Aztecs as they are riding a modest 3-game win streak into this home outing against the Aggies on Tuesday night. The Aztecs are holding their combined opponents to 57.8 PPG scoring which is ranked 4th in the entire nation but the Aggies offense probably isn’t intimidating at all.

The Aggies are ranked 20th in the nation converting 48.3% of their shots from the floor this season but they are trying to shake off a mini 2-game skid as a result of struggles on the defensive side of the floor. After nearly pulling off an upset against Wyoming in overtime, the Aggies suffered another setback last time out against Nevada, 85 – 72. The loss now has the Aggies under.500 in Mountain West play and they have fallen back to 7th in the standings.

The Aggies offense isn’t much of a concern for Head Coach Ryan Odom but he has got to get his kids to start playing some defense now and then. Can I honestly say that this total at 128 is like waking up with a winning lottery ticket in your pocket and you never even went out and bought one?

The Aggies have hit 14 of their totals to the over this year and this is about to become the 15th time that the oddsmakers pay us off. Yes, the Aztecs’ defense is stout and among the best in basketball, but making shots is still the name of the game. We all know that defensive numbers are all bout teams missing their shots and not so much due to amazing defense more than half of the time. Bricks can be created from nothing at all and how many times have you seen a team just shoot poorly knowing that it had nothing to do with the defensive pressure?

The Aggies offense ranks 70th in the nation scoring 75.7 PPG and Justin Bean can be found doing plenty of that damage every night. Bean is averaging 18.4 PPG and easily leading this program ahead of Horvath, Bairstow, and company.

In the recent loss to Nevada, Utah State was up 5 points at halftime and they were looking like a team that was ready to put the overtime loss to Wyoming behind them. That loss was a tough pill to swallow because the Aggies likely feel that they let that win slip away against what is the best team in the MWC.

Brandon Horvath went nuts finding his way to 29 points along with 8 boards and the entire team came away with at least 1 rebound. All 9 players that saw the floor for Coach Odom were around the glass and that is always going to be helpful. Sean Bairstow? Well, he played 22 minutes! Yeah, that one hurts when your third-leading scorer gets blanked in a loss so he will be wanting to get back on track after that horrid performance.

The Aztecs certainly hang their hats on their defense but that is simply not going to be enough when the conference tournament gets here. San Diego State is only putting up 65 PPG and free throw shooting is another issue for Coach Dutcher.’s program. Can this be the season that the Aztecs reach the big dance and actually win a game under Dutcher?

The Aztecs are, at least, trying to hang on to the 4th seed in the MWC tourney which is right where they are coming into this game. No one is catching Wyoming IMO, and Boise State along with Colorado State (what a game those two just played) are scooping up the top-3 spots as the trio is just the cream of the crop.

Here is the big problem for San Diego State this season. Matt Bradley! No silly, not him by himself it’s the fact that he is basically going to have a big night or the Aztecs are going to flop. Bradley is averaging 17.4 PPG and there is not another double-digit scorer in this Aztecs program to ease the workload for Bradley.

Lamont Butler and Trey Pulliam do what they can to contribute but 8 PPG from the pair is not going to instill any fear in opposing defenders. Nathan Mensah is slowly becoming a force to reckon with but this is his senior season and his time is running out. Mensah put up 14 points in the win over Air Force last time out but he had gone 7 games without double-digits and has only scored 10+ points six times the entire year.

Aguek Arop only played 8 minutes off the bench and it looks like he will not be able to return to the lineup after suffering the hip injury against the Falcons. That could make depth even more a=of an issue than it already is for the Aztecs.

I have the doggie points and I think this total is going to go over the number. I see a road win outright upset coming tonight and your score is … 68 – 66!