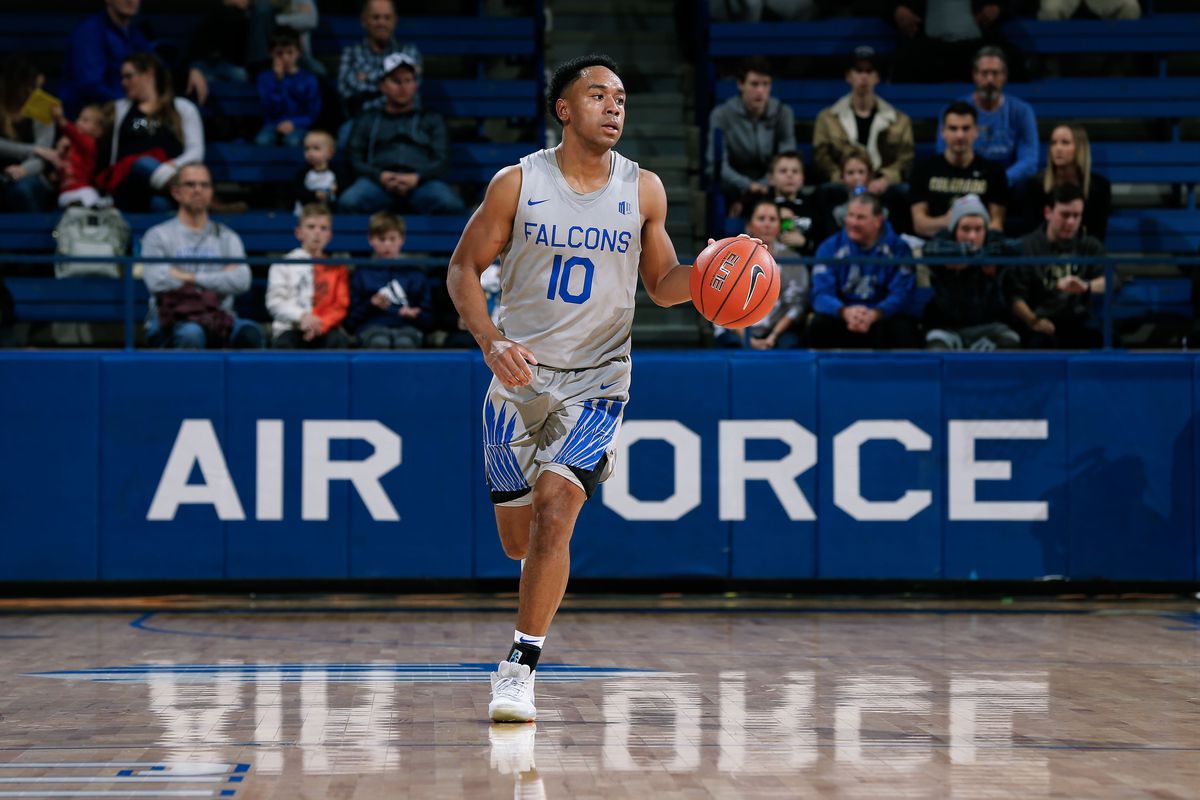 At 23–0 and with both matchups against Utah State, which Sports-Reference’s Simple Rating System (SRS), ranks as the second best team in the conference, done, San Diego State’s chances of running the table this season look real.

The Aztecs have three more road games on their regular season schedule and this is the easiest with Air Force, nearly twenty points worse than SDSU, according to the SRS.

But SDSU hasn’t seen Air Force yet this season and it’s the only time the two teams will square off in the regular season.

The Aztecs haven’t even had that close of a call yet, with a four-point win at UNLV representing the toughest test in a while. They nearly coughed up a bad one vs San Jose State way back in early December and won by just five points at BYU in November.

Otherwise, it has been smooth sailing for Head Coach Brian Dutcher’s team. SDSU is the only team in the conference holding opponents to fewer than sixty points per game, on average. It is first in opponent’s field goal percentage and second shooting the ball itself.

The Air Force Academy hasn’t won since the middle of last month. It has five consecutive losses and just got squashed by thirty-four points at Nevada on February 4.

The defense is terrible, giving up nearly eight points per game and giving up a .477 opponent’s shooting percentage in conference play. How in the world is it going to keep this game close?

Perhaps by limiting turnovers and at least making the Aztecs play half court offense. Air Force takes relatively good care of the ball and has about fifty more assists than it does turnovers on the season.

Its two leading scorers, Lavelle Scottie and Ryan Swan-Ford, are both seniors. Six guys average more than an assist per game. If the offense plays its best game of the season, it could be a game.

Have some confidence in Air Force playing a decent offensive game at home. If that happens, it might be able to cover a number in low double-figures.