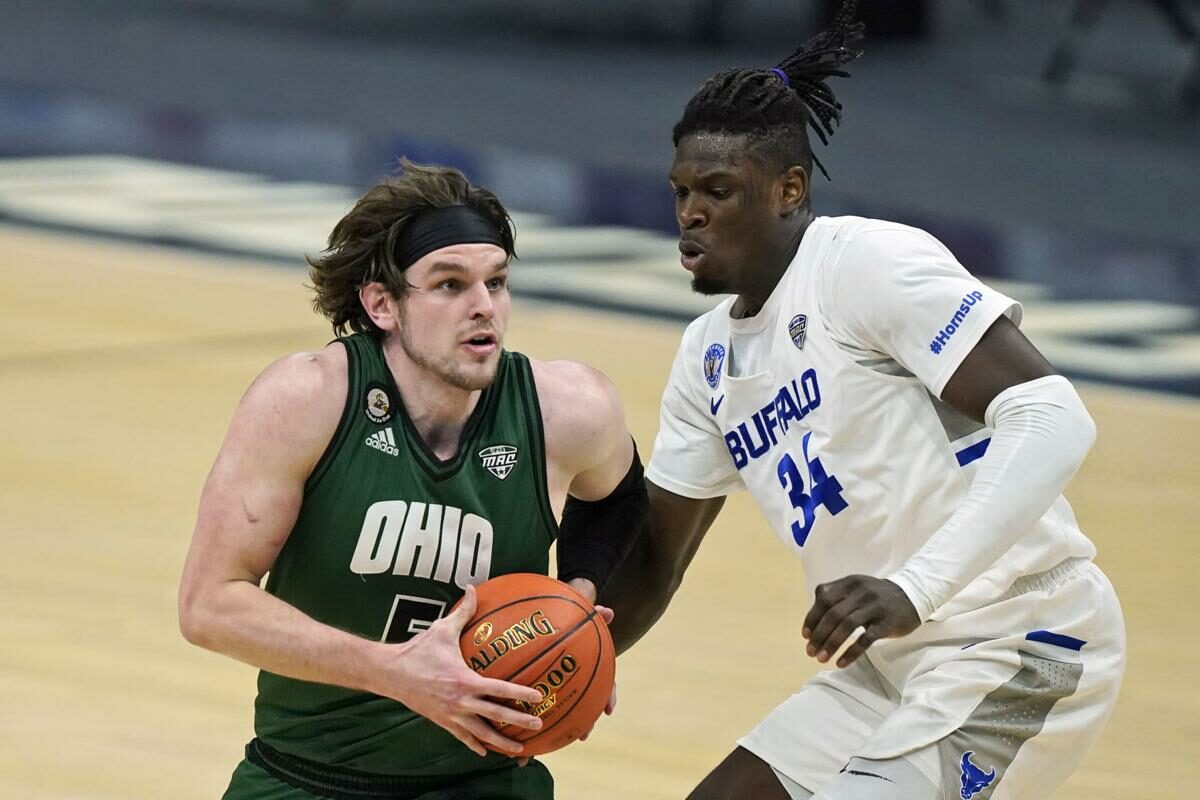 A Thursday night MAC showdown is in line to take place from McGuirk Arena in Mt Pleasant, Michigan. The Ohio Bobcats are looking to get back into the win column as they prepare to take on the Central Michigan Chippewas.

Ohio dropped a huge game on the road Tuesday against Toledo for the top spot in the MAC Conference. Central Michigan has quickly started to turn its season around, winning four of its last five games.

The initial meeting between these teams was postponed earlier this season due to COVID precautions.

Ohio entered the season with high expectations after making the second round of the NCAA Tournament last year. The Bobcats have lived up to the billing thus far, going 9-2 during the non-conference portion of their schedule. Both losses came against high-level opponents in Kentucky and LSU on the road.

Ohio is off to a 10-2 start to MAC play, but it will need some help to win the conference’s regular-season title after falling to Toledo on the road 62-77. Tommy Schmock led the way offensively with a team high 17 points in the loss. The game gives the Rockets sole possession atop the conference after sweeping the Bobcats this season.

Central Michigan got off to a disastrous start this season, going 1-10 through its first 11 games. The Chippewas’ lone win came in a 62-61 final at Eastern Illinois in mid-November. However, don’t let the record fool you as the they faced one of the toughest non-conference schedules of any mid-major team, playing multiple top 10 opponents.

Central Michigan has finally started to get into a rhythm, winning four of its last five games. The Chippewas are coming off an 89-85 overtime win at Ball State on Tuesday night. Guard Cameron Healy was an offensive juggernaut in the win, scoring a season high 27 points on 9/17 shooting and 7/12 from deep. Harrison Henderson was right behind with 25 points and 5 rebounds. Kevin Miller filled up the stat sheet as well with 18 points, 10 assists, and 7 rebounds.

Guard Cameron Healy leads Central Michigan with 11.6 points per game. Second-leading scorer Jermaine Jackson Jr. announced his decision to begin a pro career in January, so he is no longer with the team. Guard Kevin Miller is adding 11.4 points and a team-best 4.3 assists per game.

I don’t want to overanalyze Ohio’s mental state coming into this game, but I have some concerns about the Bobcats. They had a chance to level the season series with Toledo and take over as the leader in the conference standings, but they were blown out instead.

This could certainly be a trap game after an emotional letdown, as Central Michigan is playing its best basketball of the season and can be dangerous on their home court.

The line has been announced at 13 points which is a sign of respect for Ohio for disrespect for Central Michigan. The Chippewas have played well in MAC action and should cover this large number at home with ease.

Take the Chippewas on Thursday.

If you’re looking for more College basketball picks like this Ohio Bobcats vs. Central Michigan Chippewas matchup we’ll be providing 4* free college basketball predictions on the blog all season long, and check out our Experts for guaranteed premium & free NCAAB Hoops picks!