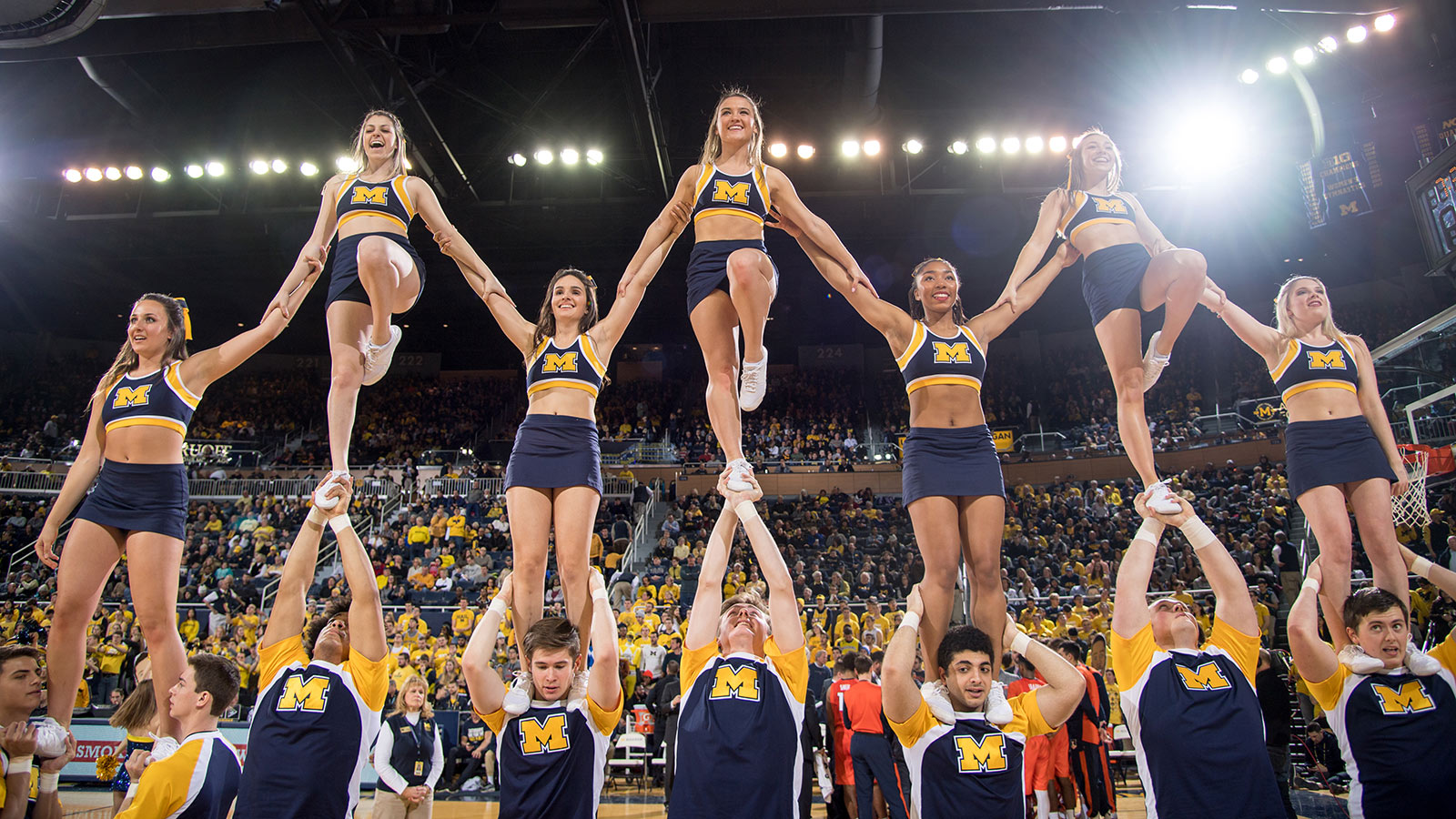 A massive in-state rivalry game takes place at High Noon in Ann Arbor on Saturday. This game is an absolutely perfect way to get your College Ball GameDay going, so let’s start it right…

Correction, it was February 2nd of last year. So, I guess they’re right on track for another Natty!

Izzo’s squad is definitely not the pre-season #1 in the country we all expected they were, but they’re treading water near the top of the Big Ten and are currently in line for a 3-seed in the Tourney.

That’s mostly thanks to the play of their All-BigTen, All-NCAA, All-World point guard, Cassius Winston. If it weren’t for Luka Garza, Winston would be the top choice for Big Ten POTY. He’s averaging 19 points and 6 assists on 43/39/86 shooting splits.

Furthermore, Winston is scoring his near-20 per game on 55.6% true shooting, and his assist rate, of 38.2%, is top-15 in the nation. Cassius is the quarterback of this team, and thanks to his quarterbacking the Spartans have the top A/FGM percentage in the country, at 68%.

The Spartans are powered by Winston on the offensive end, but they have a very good defense that ranks in the top-5 in the nation in effective FG% against. Plus, their perimeter defense is insane, where they hold opponents to just 28% shooting from three.

All of this adds up to a plus-19 net rating, as the Spartan’s ORtg and DRtg are both top-20 in the nation.

After beating Rutgers in Madison Square Garden, I thought my Wolverines had figured it out. I expected this team to turn a corner.

Of course, they turned around and lost to Ohio State as home favorites. This team is incredibly frustrating and, if they lose a bunch more conference games, I could see them slipping out of the Tournament (seriously).

Okay, the good news is: There are things that Michigan does well.

On the defensive side of the ball, they have their issues. But, there are two stats that stick out to me the most: The Wolverines are fourth in the nation in both 3PA/FGM against and A/FGM against. Which has me thinking, maybe, they could match up well with the Spartans.

Michigan State is a great basketball team who are coached very well. However, it’s time to talk about the elephant in the room: They have some serious issues when they leave the Breslin Center.

They’ve lost three of their last four Big Ten road games. They lost to Wisconsin and Indiana on the road, who are both lower-ranked KenPom teams than Michigan.

And, again, I think Michigan could potentially match up well with them at home. Like I said, the Spartans are the top team in the nation in A/FGM, and the Wolverines appear to be ball stoppers on defense. Additionally, when (if) the Wolverines do stop the ball, Simpson can turn right around and run the Wolverine offense just as well as Winston runs the Spartan offense.

I know State blew out the Wolverines earlier this season. However, that game was a) At Breslin Center, and b) The Spartans were in the middle of an eight-game win streak. The Spartans are 3-4 SU and ATS since.

The Wolverines have an offense, and the Spartans have shown their offense can run into problems when they’re not playing in front of their home crowd. Heck, I think Michigan has a chance to win this thing outright.

If you’re looking for more College basketball picks like this Michigan State Spartans vs. Michigan Wolverines matchup we’ll be providing 4* free college basketball predictions on the blog all season long, and check out our Experts for guaranteed premium & free NCAAB Hoops picks!