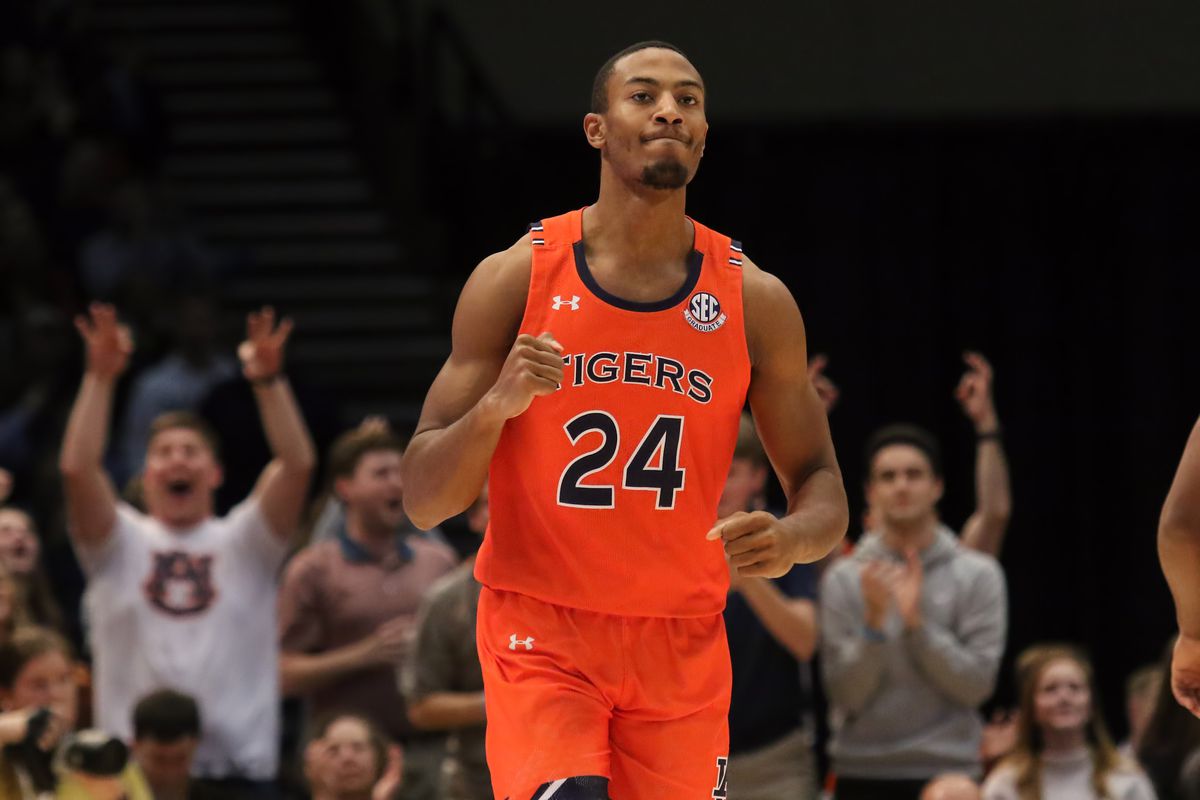 Auburn dashed Kentucky’s Final Four hopes a year ago, 77–71, in the Round of Eight.

Jared Harper and Bryce Brown, who are both gone this season, combined for fifty in that one. PJ Washington, who isn’t around anymore for Kentucky either, single-handedly kept the Wildcats in it, playing through injury to score twenty-eight points off the bench.

As far as the guys who are still around, Ashton Hagans played thirty-eight minutes and scored ten points but turned it over seven times. Nick Richard, Immanuel Quickley and EJ Montgomery were relatively invisible in defeat.

Those are the guys in charge of beating Auburn this season. UK already has a game lead on the Tigers and will host a second meeting between the two teams on the Leap Day four weeks from this one.

The ‘Cats have won four in a row coming into this game, including games at Arkansas and Texas Tech. They are 3–1 in true road games this season, with two of those wins and the loss coming in the SEC.

After losing for the first time all season at Alabama (and by nineteen points), Auburn dropped a second game (by twenty-two) at Florida.

But that was two weeks ago. Auburn has balance the boat again and sails on with three wins in a row since vs South Carolina, Iowa State and, lastly, at Mississippi, by a point, on Tuesday.

Four starters finished in double-figures and Austin Wiley had eight points and nine rebounds but Anfernee McLemore led the scoring off the bench with nineteen.

Eighteen turnovers kept the game closer than it should have been, however, and nearly lost it for Auburn. The sophomore point guard J’Von McCormick had nine by himself, the worst such game of his career.

McCormick was the ninth, and final, guy off the bench in Auburn’s Elite Eight victory over Kentucky ten months ago. The Tigers need him this time around and he’ll be up against Hagans, who is about the last guy a college point guard wants to see after a game as nightmarish as McCormick’s was on Tuesday.

The Wildcats get their revenge this season with a sweep of the Tigers. It starts on Saturday in Auburn.

If you’re looking for more College basketball picks like this Kentucky Wildcats vs. Auburn Tigers matchup we’ll be providing 4* free college basketball predictions on the blog all season long, and check out our Experts for guaranteed premium & free NCAAB Hoops picks!