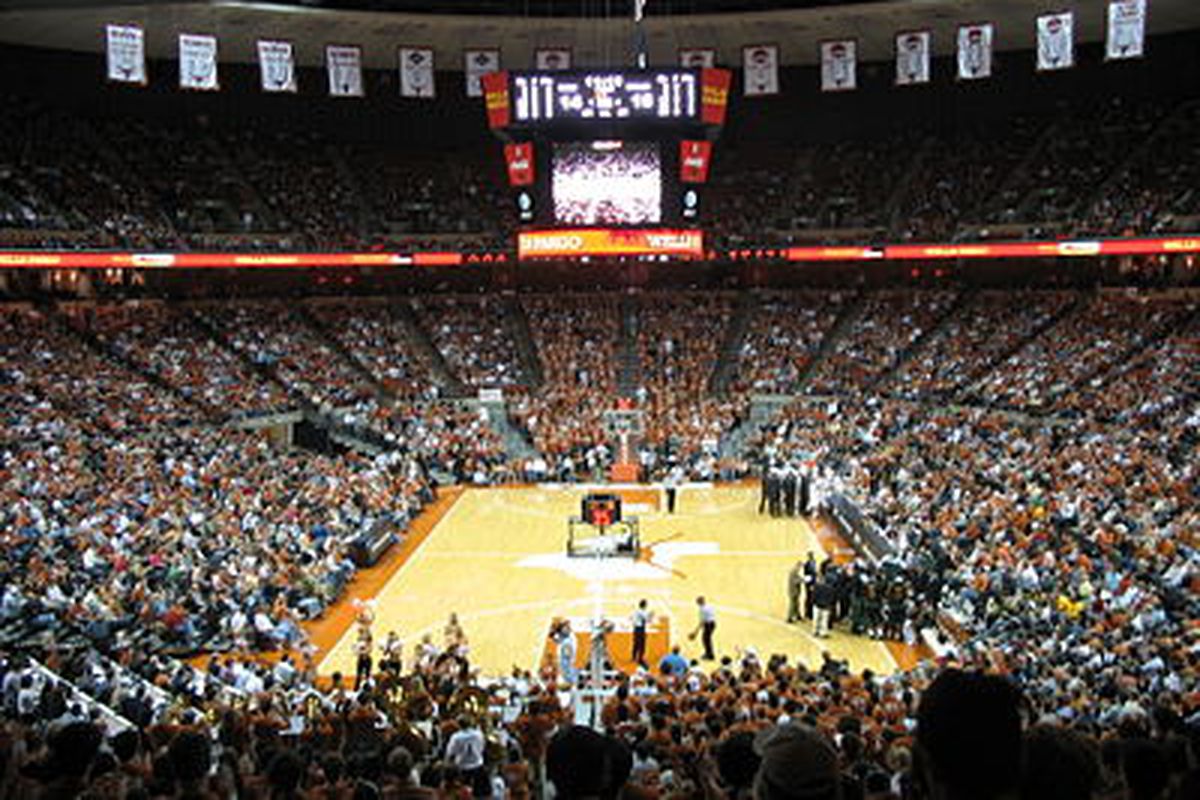 A meeting between two ranked Big 12 programs will take place when the Cyclones and Longhorns take the Erwin Center court on Saturday afternoon. Iowa State and Texas each sport 16 – 6 records coming into this affair although the Longhorns appear higher in the Big 12 standings with their 5 – 4 mark in conference play.

The Cyclones fell to 3 – 6 against Big 12 foes after their most recent loss to Kansas, 70 – 61, and a loss in Austin could bounce the Clones out of the top-25 rankings. The Jayhawks were in need of a big win of their own after getting whipped by Kentucky and Ogbaji was absent for Kansas as well. The Cyclones were unable to take advantage of either of those situations as David McCormack and DaJuan Harris picked up the slack for Kansas to ensure the Jayhawk win.

The Longhorns had their modest 3-game win streak snapped by the Red Raiders last tie out, 77 – 64, as the return to Lubbock for Chris Beard went as expected. Hey, I could have told you that the Red Raiders were going to slap around the Horns, but you didn’t ask me!

I have learned a lot about this Red Raiders squad of late now having called two of their last 4 games and watching the two that I missed in between. Texas now needs to pick up the pieces from that loss to not fall back to the .500 mark in Big 12 play.

Texas doesn’t have a player like Izaiah Brockington who can go out and literally carry the team on his back.

I will use that 18-point number you will read about when I talk about the top-2 scorers for the Horns. Brockington has scored at least 18 points 11 times this season and he is coming off another big 24-point effort in the loss to Kansas. Let’s call it what it is because Brockington kept Iowa State as close as he could.

Gabe Kalscheur was the only other starter who found his way to a double-digit night with 11 points against Kansas but both Robert Jones and Tristan Enaruna were only able to contribute 2 points apiece. Tre Jackson found his way to a 12-point night off the bench for the Cyclones but he accounted for pretty much all of the scoring from the 4 subs that saw time against Kansas. Caleb Grill saw 27 minutes of time on the court and his 2 points were the only ones found other than the dozen from Grill

I think we all know that the Texas Longhorns hang their hat on their #1 ranked defense that only allows 55.5 points a contest this season. Iowa State will hope to reach their season average of 69.2 PPG which has them ranked 233rd in the nation.

The Clones defense holds their opponents to a respectable 60.9 PPG which ranks them all the way up at 21t the land. This team guards the 3-ball extremely well only allowing teams to put up a 27.6% clip from behind the arc ranking them 8th in the country guarding the arc.

Did you see the game in Lubbock with Chris Beard needing a nice, big police escort to the floor? LoL

Ahh man, those games are now so much bigger since Chris Beard left for Austin and he looked like a deer in the headlights all night. He never had a smile on his face no matter who came over to shake his hand because everyone representing the Red Raiders would much rather tell him to fuck himself.

Oh, make no mistake that the rivalry between Texas and Texas Tech just went into another era but that’s another story for February 19 when the Horns and Tech meet for a second time. Oh, did you hear that the Red Raider faithful found the code that ensured only Texas fans would be in the crowd for that game in Austin? Yeah, expect A LOT MORE RED to be in the stands because the Red Raider fans stole the code and they will be invading this building for that little contest.

All right, let’s get back to what we have for Saturday because Texas needs to rebound in a big way from an emotional loss to Tech last time out. It may not have been as emotional for the Horns’ players as it was for the Techsters since Beard left them for dead but whatever.

Oh, wait. Have you seen what the regular season has left in store for this Texas program before we get to the Big Conference Tournament? Kansas… Twice! Baylor … Twice! Tech as I mentioned with TCU, OU, and W VA left to play which will certainly test the shit out of this team.

Timmy Allen and Marcus Carr both put up 11 points a game and they basically share the team lead in scoring. Allen is at 11.5, but you can see down the depth chart that there isn’t the guy who can just take over lead the way for the Longhorns. Allen put up 18 points in the second game of the season against Gonzaga. He hasn’t repeated that performance since as 17 points has been his ceiling in any other outing of the season.

Marcus Carr led the way in the loss to Texas Tech with his own 18-point night but depth is still a bit of concern for Texas. Beard really doesn’t want to get more than 3 deep from his subs and we saw that no one had more than 4 points off the pine against the Red Raiders.

I will suggest all 8 of those points we are getting on this early line because I can see it being closer to 6 come tip-off. So, Iowa State and the points hit the board

If you’re looking for more College basketball picks like this Iowa State Cyclones vs. Texas Longhorns matchup we’ll be providing 4* free college basketball predictions on the blog all season long, and check out our Experts for guaranteed premium & free NCAAB Hoops picks!