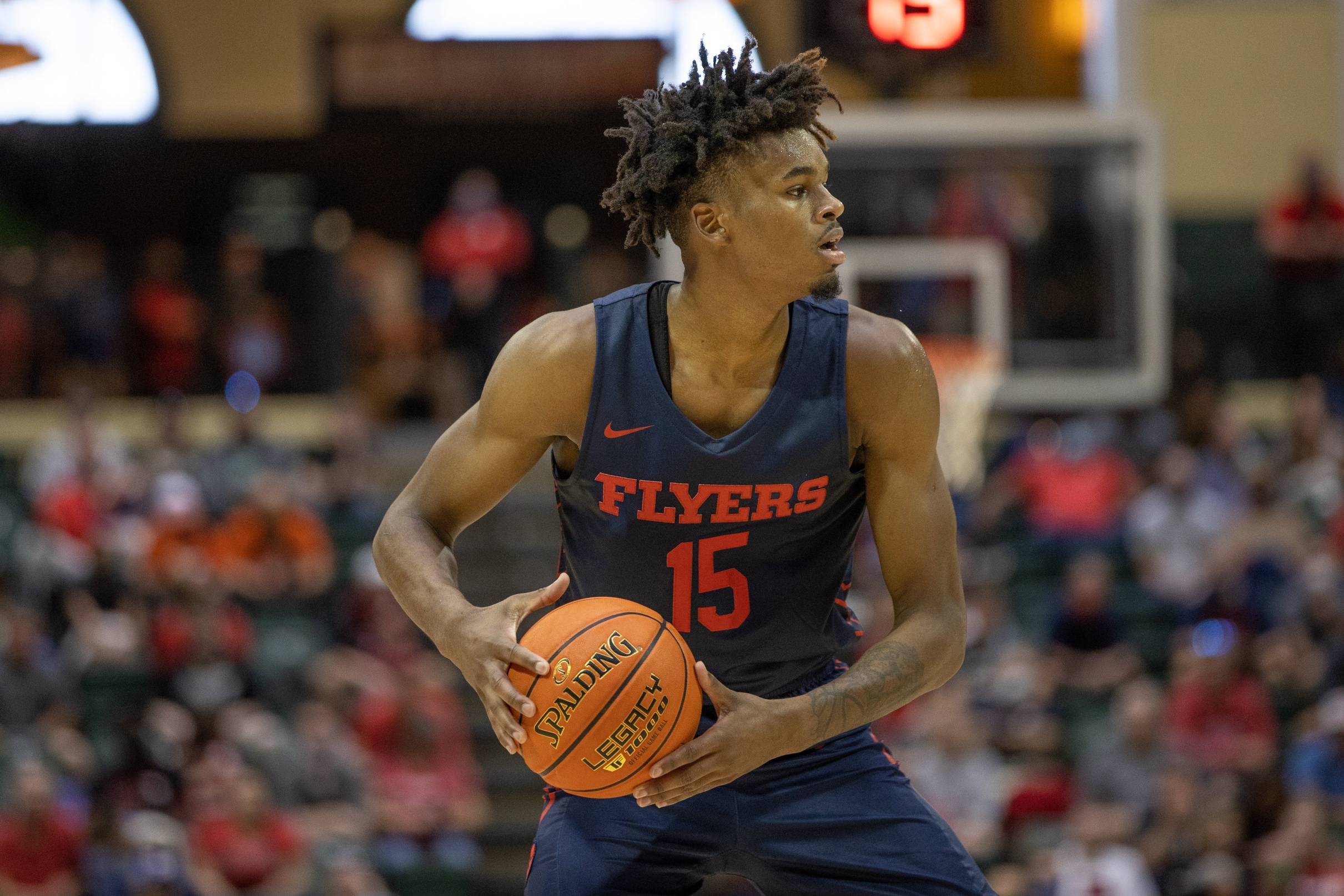 The Dayton Flyers will travel to Fairfax and take on the George Mason Patriots for an Atlantic 10 matchup this weekend. The Flyers lead the all-times series 10-3, and they’ve won three meetings in a row.

Dayton will be favored to win on the road here.

Dayton had a respectable non-conference slate that included wins over Kansas, Virginia Tech, and Miami, and they’ve start A10 play on a strong note. Despite losing to VCU by just one, the Flyers have picked up three straight victories. They hosted St. Bonaventure on Tuesday, and put on a defensive clinic, winning 68-50.

Daron Holmes II is rapidly improving, and he’s been a force since the start of A-10 play. The 6’10 freshman scored a season-high 20 points in the win over the Bonnies, and he leads the team in scoring (11.6), while grabbing 5.5 rpg and ranking second in the conference with 2.5 bpg.

Toumani Camara has come in and grown into the leader of this Dayton squad early. The Georgia transfer sets the tone defensively, and he scores 10.3 ppg, while leading the team in rebounding (6.7).

Fellow freshman Malachi Smith has impressed early in the backcourt. The 6′ do-it-all guard scores 10.1 ppg, grabs 4.1 rpg, and leads the team with 5.2 apg.

George Mason wrapped up their non-conference slate and headed into Christmas Break on a three-game win streak. The Patriots picked up victories over Georgia and neighbors, Maryland and Navy, but their extended layoff led to a bit of rust last time out.

GMU traveled to DC and took a tough one-point loss to conference foe and regional rival George Washington in their return to action.

Josh Oduro has taken a third-year leap in Fairfax this season. The 6’9 forward scored 32 in the win over Navy and he leads the team in scoring with 17.4 ppg, while grabbing 6.8 rpg.

D’Shawn Schwartz, Devon Cooper, and Davonte Gaines have all come in and made an immediate impact for the Patriots. Schwartz and Gaines were previously coached by English at Colorado and Tennessee respectively.

Cooper is third on the team in scoring (13.2), while veteran guard Xavier Johnson rounds out the lineup and averages a well-rounded 6.3 ppg, 3.8 rpg, and 4.4 apg.

Dayton has come into the new year strong, and their defensive prowess continues to be profitable.

The Flyers may not score at high rate, but they defend extremely well as a unit. Dayton has only allowed more than 63 points three times over the past twelve games, and they’ve been dominating the unders this season, going 13-4 against the line this season. It feels a lot safer than trusting the vaunted road spread.

Take the under for this Atlantic 10 battle.

If you’re looking for more College basketball picks like this Dayton Flyers vs. George Mason Patriots matchup we’ll be providing 4* free college basketball predictions on the blog all season long, and check out our Experts for guaranteed premium & free NCAAB Hoops picks!