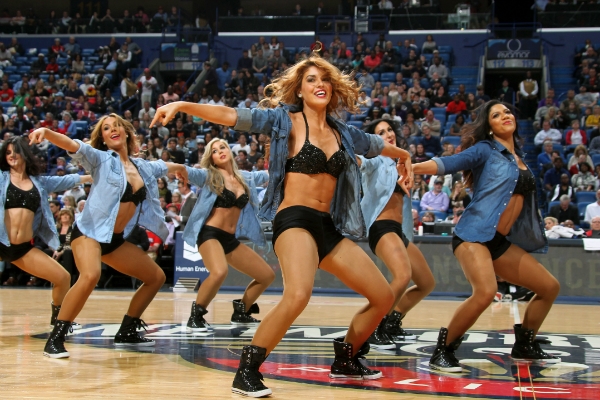 The New Orleans Pelicans continue to get strong performances out of Anthony Davis, and they continue to waste those performances. The team has leaned heavily on Davis all season long, but help is coming in the form of Tyreke Evans and Norris Cole, both of whom are expected to make their season debuts on Tuesday night when the Pelicans host the Memphis Grizzlies.

Davis has been a wrecking ball for the Pelicans, averaging 23.9 points, 10.5 rebounds, and 2.4 blocked shots to rank among the league leaders in each category.

The Grizzlies did a terrific job of giving Davis trouble a year ago, limiting him to 17.3 points per game – his lowest output against any opponent that he faced more than once. He was also held to just 8.3 rebounds per game in the season series.

Zach Randolph returned to action in the Grizzlies’ 92-84 win over the Philadelphia 76ers on Sunday. He had 17 points and 11 rebounds in 32 minutes of court time after missing the team’s previous five games due to soreness in his right knee.

Davis scored 36 points on 12 of 18 shooting in a 101-87 loss at the Utah Jazz on Saturday. The rest of the team shot 17 of 51 from the floor in that one. Evans should help in that regard. He’s expected to return following arthroscopic surgery on his right knee.

Evans was expected to be the team’s starting point guard entering the season. He was the team’s second-leading scorer a year ago behind only Davis, averaging 16.6 points per game to go along with 6.6 assists and 5.3 rebounds.

The teams split their four meetings in the 2014-15 season. But these are very different incarnations of each team compared with what we saw from them a year ago. The Grizzlies aren’t as good as they were, but the Pelicans are a shadow of the team that went qualified for the postseason in the West.

The Grizzlies are above .500 despite some struggles, and match up well with a Pelicans squad that can’t find a way to win. The Pelicans are 1-11 this season when they get outrebounded, and that’s an area where Memphis can dominate.