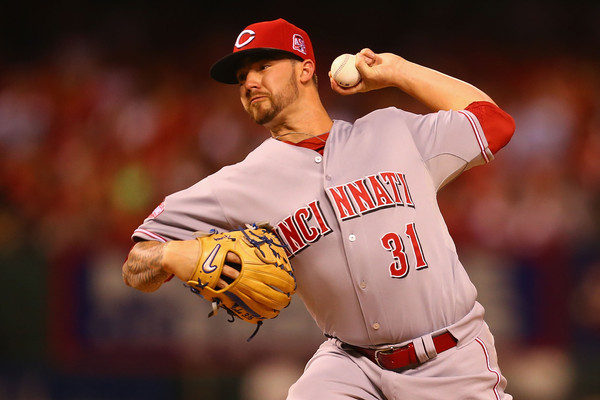 The Reds took game 1 of this 3 games series 7-6. This game was high scoring as we would expect.

Both teams can score and both teams give up a lot of runs as well.

The Reds have won 5 of their last 6 games.

The Cardinals have won 6 of their last 10 and continue to put up a lot of runs.

The Cards are now just 2 games above .500 but continue to hit a hot bat

They have scored 54 runs in their last 10 games, which is exactly their season average of 5.4. So they are very consistent with respect to run production.

They are deep top to bottom and hit the long ball too.

They are only 2 games above .500 because of their runs allowed where they rank 18th in the majors giving up 4.5 per game.

He’s been good in his last 4 outings though, he’s given up just 9 runs over 26.2 innings pitched.

It’s important to note the last time he faced the Reds, he gave up 7 over 5.1 innings but that was way back on April 16th.

The Reds have scored decently throughout the season, they average 4.4 runs per game which is 11th best in the MLB.

They continue to produce offensively and is capable of exploding any given game. Game 1 is proof of this where they scored 7 to beat the Cards by 1 run.

They mainly rely on the long ball to generate their run production. They are 10th in the league with 73.

Game 1 proved this to be the case, they hit 3 long balls and managed to scrape out a 7-6. Votto hit a walk off in the 9th out of the park to win that game.

The consistent issue with the Reds being unable to close out ball games is their inability to shut down their opponents. They can’t rely on outscoring their opponents every game, they just aren’t that good.

In this game, Finnegan takes the mound and he’s been pretty good for the Reds this season.

He has an era of 3.89 and a 1.37 whip. That isn’t phenomenal but is definitely one of the better pitchers on the Reds.

The Reds are on fire right now but both teams can score a bunch of runs and that’s what it really comes down to, whoever is hotter that day with the bats.

The Cards have been great consistently all season scoring 5.4 runs per game but the Reds have been filling the scoreboard.

The pitching matchup is also fairly even based on recent starts.

This is a tough one but I have to go with the Cardinals. The Reds seem to rely too heavily on the long ball and it’s unlikely they hit 3 of them again this game.

The trend makes this an obvious choice, go for the over if the line is 7.5 or less.
If the line is 8.5, buy the point.

If you’re looking for more picks like this St. Louis Cardinals vs. Cincinnati Reds matchup we’ll be providing 4* free MLB plays on the blog all season long, and check out our Experts for guaranteed premium & free MLB Baseball picks!