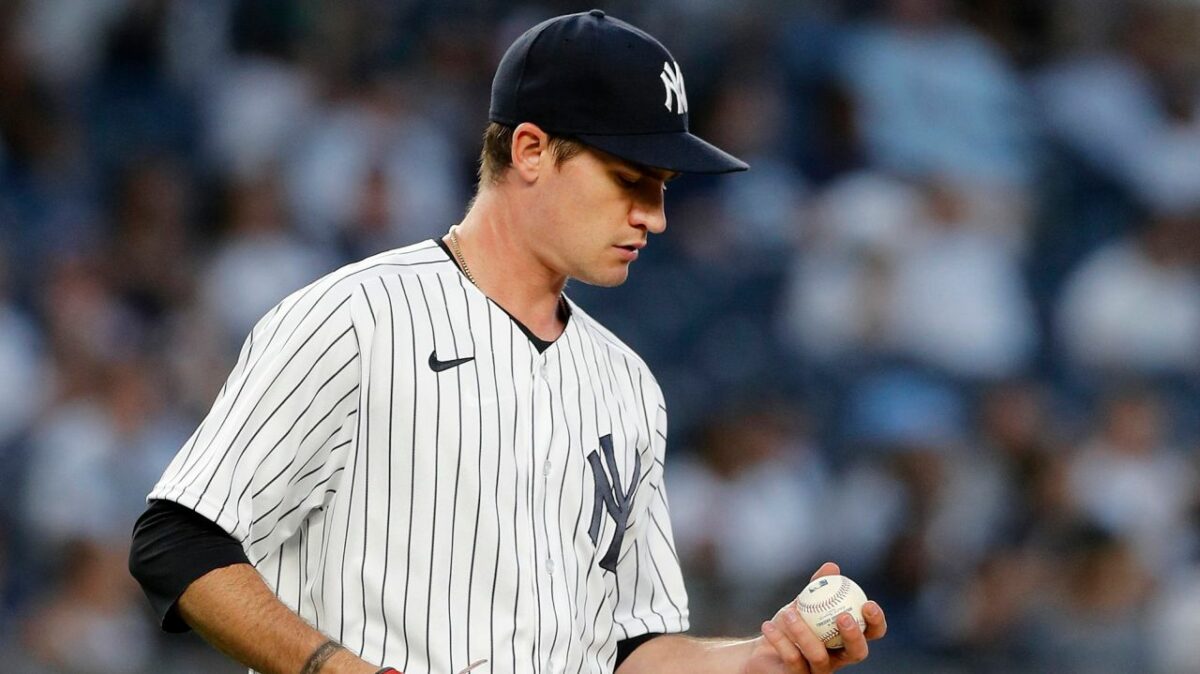 Gerrit Cole took a no-hit bid into the eighth inning, Aaron Hicks hit a tiebreaking triple in the ninth and the Yankees beat the Rays 4-2 on Monday night for the first team to reach 50 wins.

Isaac Paredes homered in his first three at-bats and the  Rays beat the Yankees 5-4 on Tuesday night, handing New York only its third loss in 20 games.

For New York, Nestor Cortes gets the start with an overall record of 6-2. This includes a strong ERA of 1.94. So far, he is lasting an average of 5.77 innings per outing, as well as 9.69 strikeouts per 9 innings pitched. In terms of walks, he allows an average of 2.2 per 9. In total, Cortes has given up 6 home runs.

Throughout the season, the Yankees have not had to turn to their bullpen for major innings. The team’s relief corps has combined for one of the lower ERA’s in the MLB at 2.95.

During the season, the New York Yankees have performed well on offense, averaging 5.15 runs per game. The team comes into the game with an overall run differential of 143.0. The Yankees come into the game with a strong team batting average of 0.249. On their balls in play, New York has the 1st ranked BABIP of 0.32. With runners on base, the Yankees are averaging just 0.62 stolen bases per game.

New York has been strong on defense, ranking 3rd in fewest errors at 0.41 per game. The team’s defense is turning double plays at a rate below the league average, at 0.62 per contest.

For Tampa Bay, Josh Fleming gets the start with an overall record of 2-3. He comes into the game with an elevated ERA of 6.38. So far, he is lasting an average of 3.02 innings per outing. as well as 8.35 strikeouts per 9 innings pitched. In terms of walks, he allows an average of 4.42 per 9. In total, Fleming has given up 2 home runs.

So far, the Rays bullpen has been one of the most used groups in the league. The team’s relief corps has combined for one of the lower ERA’s in the MLB at 2.97.

Throughout the season, runs have been hard to come by for the Tampa Bay Rays, as they are averaging just 4.05 per contest. The team comes into the game with an overall run differential of 17.0. The Rays head into the game ranked just 24th in team batting average. Tampa Bay combined batting average on balls in play is just 0.234. Placing them below average. With runners on base, the Rays are averaging just 0.71 stolen bases per game.

Tampa Bay has struggled in the field, ranking below average in errors committed, at 0.64 per game. The team’s defense is turning double plays below the league average, at just 0.71 per contest.

I will be riding with the red-hot New York Yankees in this game. They are currently one of the hottest offenses in the league and I see them taking advantage of the Ray’s young pitcher.

Shane Baz has only pitched in 8.1 innings this season, as he was shelled against the Twins in his first start of the season.

New York is averaging the most runs per game and they have the 11th highest overall team batting average. They will consistently reach base safely and show the Tampa Bay Rays why they are considered to be one of the best offenses in the league.

Give me the Yankees again.

If you’re looking for more MLB picks like New York Yankees vs. Tampa Bay Rays matchup, we’ll be providing 4* free MLB plays on the blog all season long, and check out our Experts for guaranteed premium & free MLB Baseball picks!