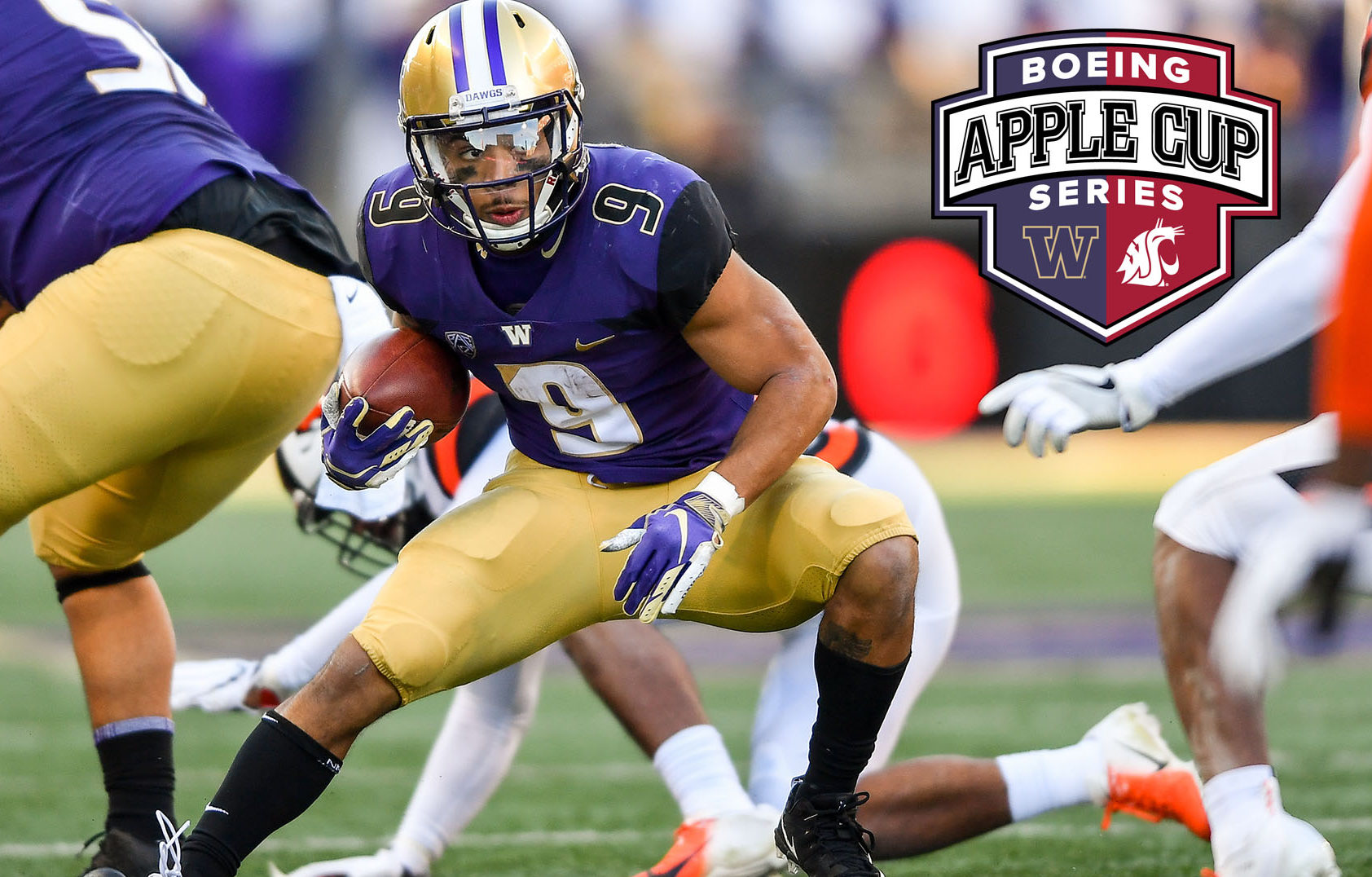 Week 13 college football sees the Cougars and Huskies meet at Husky Stadium at 5 p.m PT and the game can be seen on FS1.

The Cougars are favored by a single point in this Pac 12 Conference matchup and they still have an outside chance to land in the Pac 12 title game.

It is simple math so let’s spell it out for you. Get it, math, spell it out? I know, I’ll be here all week, thank you very much!

If Oregon beats Oregon State on Saturday? Done, and the Ducks face Utah in the Pac 12 title game. If Oregon loses and Washington State beats Washington? The Cougars will be playing Utah next weekend for the Pac 12 Conference Championship.

If both Oregon and Washington State lose, Oregon State can end up being the team playing Utah next week so the scenarios are out there.

Well, the line setters aren’t all that sure what to do here being that we see a 1-point line which is just about as even as it gets, obviously. It has been a down year for the Huskies but an Apple Cup win can help keep their rivals out of the Pac 12 title game and that would make 2021 at least worth something.

Mike Leach coached for 8 years with the Cougars before leaving for the SEC and Nick Rolovich took over last season. The 1 – 3 venture was a bit disappointing in 2020, but yet here we are looking at a possible Pac 12 title game appearance coming into the Apple Cup.

What better way to clinch that spot than with a win over the team’s biggest rival although Oregon State still has to upset Oregon outright as well. This team started 2021 with a 1 – 3 record with a loss to Utah State that kicked off the campaign and it looked like it might be another long season in Pullman.

Jayden de Laura beat out Jarrett Guarantano for the starting QB role and he has done well to hold on to his position. De Laura has put up just over 2500 passing yards and his 23 – 9 TD to INT ratio is certainly respectable enough.

Calvin Jackson Jr. has been de Laura’s go-to guy in 2021 and he only needs 113 yards to become a 1,000-yard receiver. Travell Harris isn’t far behind with 778 passing yards of his own and the two have combined to score 16 of de Laura’s 23 TD strikes.

The Cougars are not quite as pass happy as they were under Mike Leach but that was to be expected. Washington State ranks 38th in passing yards and 105th in rushing, so the balance is still leaning towards the passing attack a bit.

The Cougar run defense has a lot of room for improvement but the Huskies aren’t exactly going to test them this weekend. The Huskies run offense is 118th in the nation so they should be able to contain the ground game.

There will be no bowl game this year and there were a ton of outlets that were calling for the Huskies to be representing the Pac 12 North Division in this year’s title game to boot. Neither of those is happening with only 4 wins to show for Jimmy Lake’s second campaign in Seattle.

This team only got to participate in 4 total games in 2020 although they did win 3 of them. We didn’t get to see another Apple Cup game in 2020 so these two programs have waited 2 years to see each other again. The game was canceled with just about everything else as both the Cougars and Huskies only got to see the field 4 times a season ago.

Expectations were calling for the Huskies to have a big season with 10 starters back on offense. Dylan Morris took home a Pac 12 Honorable Mention for his 4 games worth of work last year but he really didn’t develop his game one year later.

Morris threw entirely too many interceptions (14 – 12 TD to INT ratio) and the offensive line didn’t do their job helping him stay upright either. The young QB was sacked 21 times this season and you can plainly see he has zero ability to use his legs to move the chains.

The ground game as a whole was not exactly sound as you see this team ranks 118th in rushing yards and 109th in total yards.

The pass defense, however? Yessir, we are talking about the best, the #1 ranked team in the land that only allows 134.1 YPG this season.

Cougars win! That’s right, the line setters got this one right, kids! Washington State 34 – Huskies 27 and that covers our measly little point of chalk!

If you’re looking for more picks like this Washington State Cougars vs. Washington Huskies matchup we’ll be providing 4* free College football game predictions on the blog all season long, and check out our Experts for guaranteed premium & free CFB Football picks!