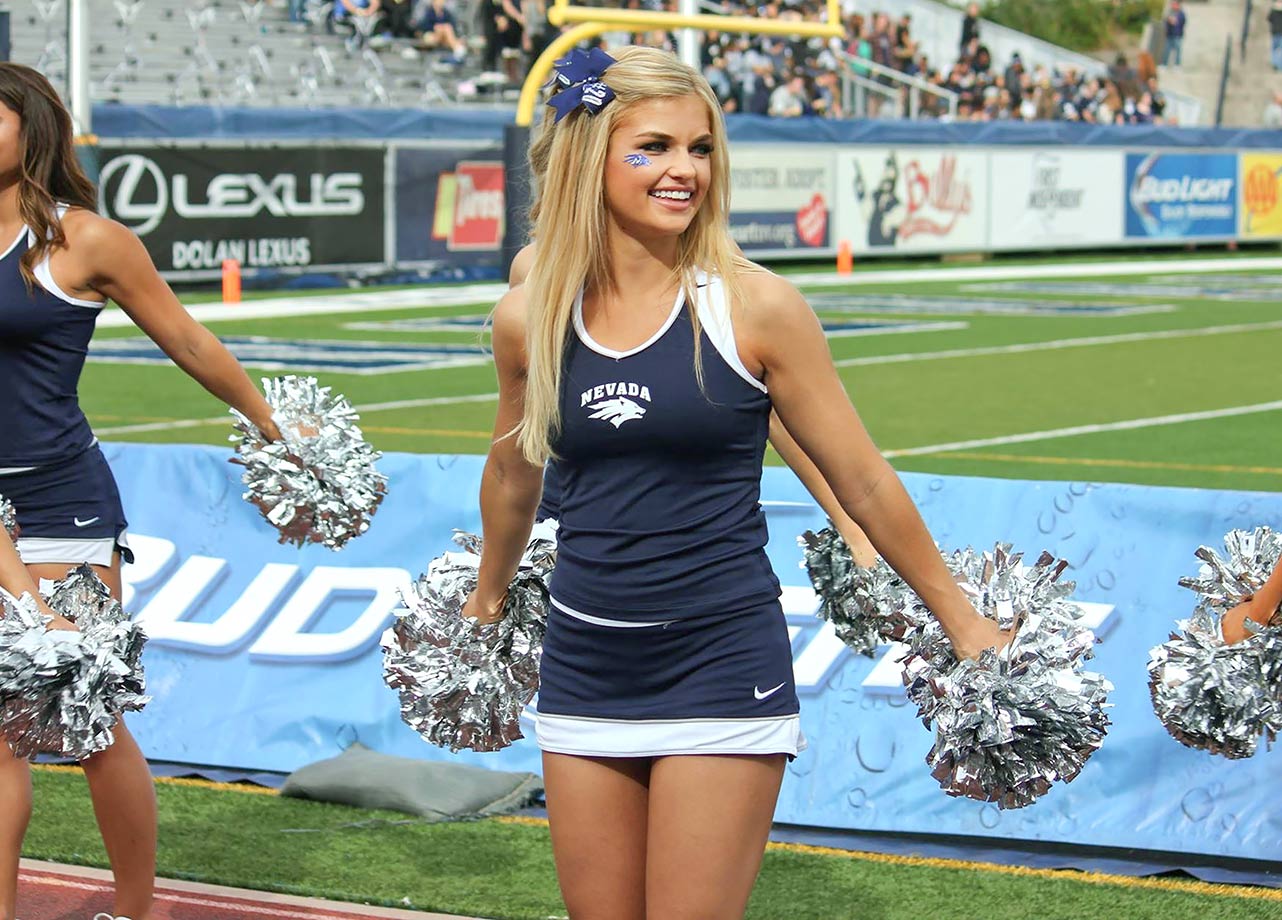 The Wolfpack are favored by 20.5 points in this Mountain West Conference matchup and a 58 is showing on the total.

The Fremont Cannon rivalry is back again and the Rebels are in all sorts of trouble entering this weekend’s game. UNLV is now 0 – 13 under the guidance of Marcus Arroyo and 0 – 7 this season already out of bowl contention. When the only immediate goal is to win any damn game it becomes tougher and tougher to actually win them.

The Wolfpack can claim their bowl eligibility this weekend with a win over their rivals that would earn them win #6 on the season. Head Coach Jay Norvell is seeking his third straight post-season appearance in his 5th season with the program and the line setters like their chances to pull out a win this Friday night in Sin City!

Do you remember when Marcus Arroyo got hired at UNLV? The big quote of his at the presser when it was announced he would be the new head coach in Vegas…”Rebel Nation – we’re going to win. We’ll recruit at a really high level. The goal is to compete for championships. We’ll block out the naysayers together as fans and city and administration and build a winner – a winner that will last.”

All right then, we don’t know when all or any of that will officially start, but you can only block out so much shit when your program has become absolute shit! (Sugarcoat this!)

The Battle for the Fremont Cannon isn’t expected to produce much excitement as Nevada is expected to pound UNLV into submission. As nearly 3 TD underdogs, the Rebels can only hope to not get further embarrassed although it is not all garbage to speak of. UNLV has found themselves in some tightly contested battles over this 13-game losing streak that dates back to last season, so maybe we can find something good to say… but don’t hold your breath!

The last 4 losses have all been games that came down to one possession as 8 points are the harshest defeat that came at the hands of Fresno State back on Sept 24. The Rebels let a 17 – 3 lead over San Jose State evaporate into a loss last Saturday as they were outscored 14 – 3 in the second half.

I usually like to throw in rankings for each team but do I really have to show you how bad this team is on both sides of the ball again? Listen, there are 130 FBS programs and the Rebels are 100th or worse in just about every damn thing you look at when breaking down games. The defense does a little better against the opponent rushing attack but the numbers are all still just not good, end of the story.

Cameron Friel has had the most opportunity to run the offense but he has been seen on the ground all too often and he throws the ball to the other team a bit more than Rebel fans need as well. Friel has been sacked 18 times, has thrown 4 picks, and has only 2 passing TDs on the season. He is certainly not the fleet-a-foot dude either which makes Doug Brumfield a little more useful.

Brumfield is second on this team rushing in a limited capacity only 19 times for just over 100-yards but he is not expected to go on Friday night. Friel will have to get the job done on his own is the Rebels plan on shaking this losing streak.

The Wolfpack can just walk over to the sidelines now and grab the damn cannon!

It is one of those games that the Wolfpack should take seriously and they will know that an upset here would be detrimental to any progress in 2021.

The Wolfpack had their modest 3-game win streak snapped last weekend at Fresno State, 34- 32, as 8 second-half drives produced points from both sides combined. A timid 14 – 10 first half got insanely wild as the Bulldogs basically led the entire game after Nevada opened the scoring with a field goal early. Their lead only lasted 29 seconds as a 64-yard run from Ronnie Rivers gave Fresno State a lead they would never relinquish.

The Pack made it a good fight and a failed 2-point conversion at the end of the game was all that kept the Wolfpack from sending the game to overtime. An 8-play, 90-yard drive to close out the game went to waste but what a damn game it was to watch.

At least this time the entire nation will get to see this Wolfpack offense move the ball and that they can certainly do… through the air, however, as the rushing attack leaves plenty to be desired. The Wolfpack ranks 3rd in the nation putting up 379.4 passing yards a game and Carson Strong can make all the throws to move the chains.

Strong has 20 TD passes to only 4 INT but he too has seen the ground a bit too much being sacked 19 times. We won’t see him moving the ball with his legs unless he is left with no choice as they do not design runs for him at all. He will be without Elijah Cooks this weekend who has seen the end zone 4 times, good for 2nd on the squad in producing points.

Well, how does Friel take the offense and do more than he has proved he can do with it? I question anything and everything despite the handful of close games we have seen from this program.

Rivalry games sure do instill emotion but the problem is that Nevada is damn good and is playing for a post-season entry this weekend. Nothing is guaranteed and Nevada has San Diego State, Air Force, and Colorado State left to deal with after Sparty next weekend.

If you’re looking for more picks like this UNLV Rebels vs. Nevada Wolfpack matchup we’ll be providing 4* free College football game predictions on the blog all season long, and check out our Experts for guaranteed premium & free CFB Football picks!