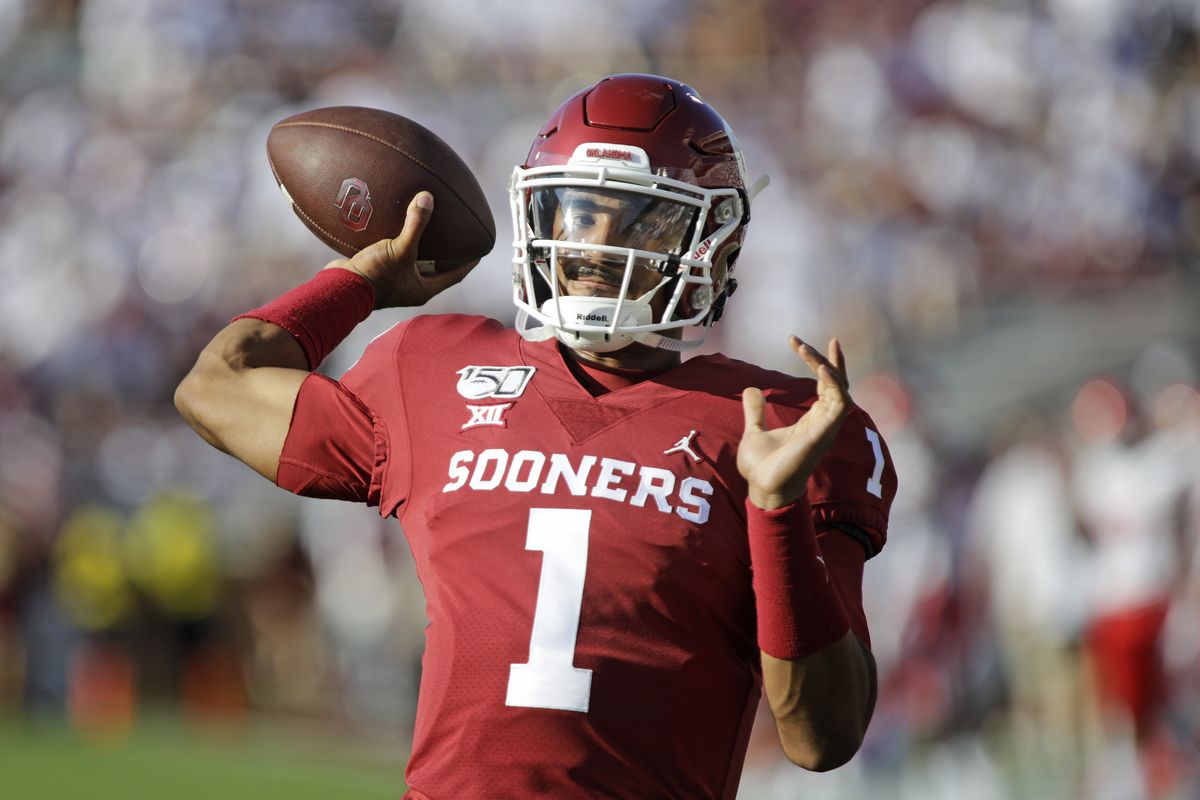 The Sooners are favored by 19.5 points in this Big 12 Conference matchup and we have a 67 showing on the total. This line might have looked a lot different had  Oklahoma not recovered from one of the worst first halves of football we have seen from the Sooners in quite some time.

Schooner Nation is glad to get the hell out of that rabbit hole as the Jayhawks made the Sooners look terrible for 30 minutes. Kansas held a 10 – 0 halftime lead and the Sooner’s top-5 ranking looked like it could be in jeopardy. Yeah, not so much, as whatever Lincoln Riley said in the locker room was obviously, motivation enough to get his team back on track.

As a result, the Sooners are now 8 – 0 for the first time since 2004, which may come as a surprise with all of the success this program has had recently.

The Red Raiders are chasing bowl eligibility with a potential 6th win in 2021, but the line setters have made it clear that they don’t like their chances to find a W in Norman. We have not seen Texas Tech in the post-season since 2017, but head coach Matt Wells has already surpassed both of his win totals from 2019 & 2020.

Coach Wells found 4 wins in his first season in Lubbock and he repeated that output again in year 2 going 4 – 6 in 2020. Now, he would have had 4 chances left to earn a 6th win that should have been enough to claim a post-season offer despite the S.F Austin program on the early schedule.

Some programs get punished for barely escaping an FCS outfit and that 28 – 22 win could be a reason for concern to the bowl committee. However, I think we all figure that a 6 – 6 campaign would still put this team into some kind of bowl game being their absence is stretching back 4 years now.

By the same token, a 2 – 3 Big 12 record thus far needs to be improved but a bye week is ahead of this team to give all they can this weekend before a little break to prepare for the final 3 games of the regular season.

The Red Raiders have alternated wins and losses since starting Big 12 play and we can assume they will try to replicate what we saw Kansas do to this OU offense last weekend. Keeping them off the field is certainly a good idea and that is pretty much all the Jayhawks did to get up on Oklahoma through the first 37 minutes of the game.

So, Matt Wells will not be getting that chance now that the school announced that they are letting him out of his contract immediately. That’s that, and the Matt Wells Project is now over and done with. That is obviously going to take its toll on a program with only a few games left to play.

Texas Tech was up 24 – 0 last weekend against Kansas State and everything looked like roses with the bowl eligibility in their grasp. The second half saw this team fold like a lawn chair and surrender 25 points to lose by a single digit in front of their own fans.

Henri Colombi didn’t exactly make himself look good either, as he ended the game with only 10 completions, 148 yards, and an INT to show for his efforts. If the KSU passing attack is ranked 32nd in the nation, they sure didn’t look cohesive last weekend.

It was all over the halftime show of whatever game you were watching last Saturday. Upset Alert, Kansas up 10 – 0 HT on Oklahoma!

Caleb Williams was coming off his first-ever start with OU that resulted in a win over TCU and his second start should have seen him eat up the Kansas defense for breakfast, lunch, and dinner, right? Not so fast my friends, because the Jayhawks came to play and I watched every second of it with my own eyes.

With only 5 minutes left to play in the first half, OU had only had 3:33 possession of the ball and a huge Williams INT ended the half in ugly fashion down 10 – 0 and seemingly in trouble.

Lincoln Riley most likely lost his f**king marbles in the locker room and told his team to wake up or the bus will be leaving back to Norman without you on it! Whatever he said, it worked because OU outplayed KU 35- 13 in the second half but it took some time to make that score look the way it does.

The Sooners may have won that game by 12 points, but everyone knows that a massive deep breath had to be taken after Kansas took them to the bell. OU was favored by 39 points, kids!

The offensive line committed more penalties in the first half from frustration as they simply expected Kansas to lay down and play dead. Being big favorites is a tough role to play and this team might not be suited for that. We have seen plenty of close games and the QB change will still take some adjusting.

Had this team put away Kansas State we can only assume it could have saved Wells’ job, but we will never know the answer to that now.

If OU had pounded Kansas like they were expected to this like would be -28 at best. The fact that we are only seeing less than 3 TD is astounding and on the week that Wells gets fired at Tech to boot?

Oh, behave! OU pounds this poor program into a whirlwind and Tech MIGHT find another win this year… Might!

It won’t come on Saturday in Norman!

If you’re looking for more picks like this Texas Tech Red Raiders vs. Oklahoma Sooners matchup we’ll be providing 4* free College football game predictions on the blog all season long, and check out our Experts for guaranteed premium & free CFB Football picks!