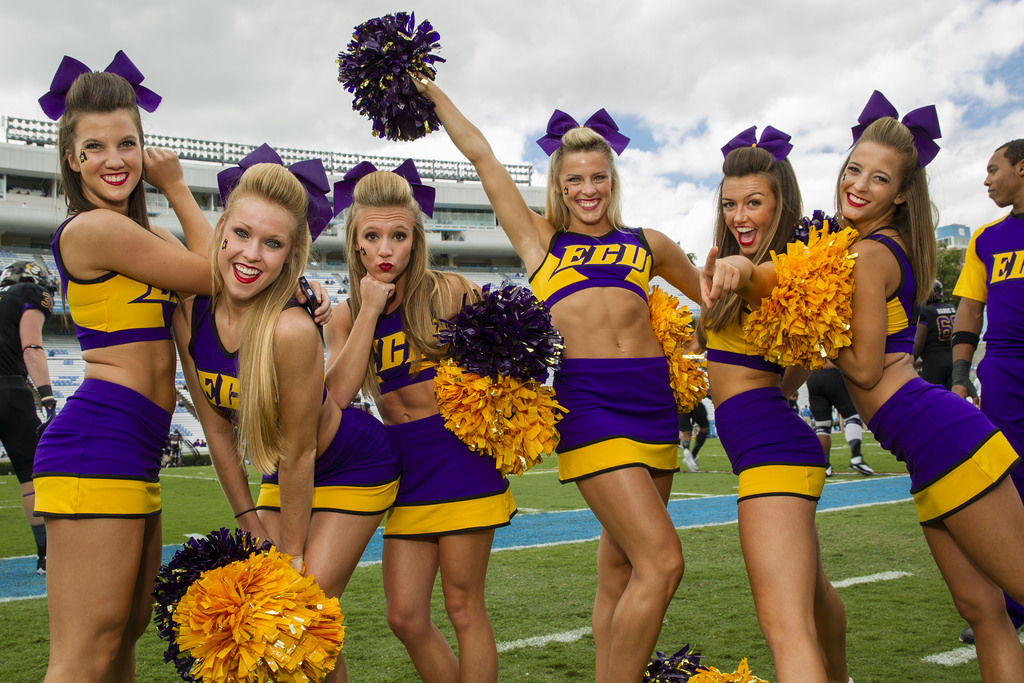 The Pirates are favored by points in this American Athletic Conference matchup and we have a 56.5 showing on the total.

The South Florida Bulls brought their 3-game losing streak to an end with their 34 – 14 win over Temple last weekend. Head Coach Jeff Scott has done his best to put the 1- 8 2020 campaign behind him but two wins are all the BUlls have found through the first 7 outings of 2021.

Both programs are 1 – 2 in AAC play but the Pirates are nearly double-digit favorites at home for this Thursday night home game. The Bulls had won 5 straight games in this series going into last year but the Pirates brought that run to an end with a convincing 44- 24 win.

The Pirates opened AAC play with a big win over Tulane but they are now hoping to erase a mini 2-game slide after losses to UCF and Houston. Both affairs came down to the final possession of the game but last weekend’s 31 – 24 loss to Houston was an overtime defeat after ECU made a valiant 14-point come back to get the game to an extra frame.

The Bulls needed a big win for Jeff Scott because his tenure thus far has certainly been without many big moments. After a 1-win campaign in his first season in Tampa, the boo-birds and concern for the future were already being expressed around campus among other places.

The exact opposite can be said about this Bulls offense because their running game basically took over the Temple affair leading to a 34 – 14 win last time out. Jaren Mangham broke out for 162 yards and a pair of scores on 26 carries and there wasn’t much to speak of beyond that.

Timmy McClain there the ball only 13 times but he did complete 10 of those passes for 71 yards and a score in the win. Obviously, those kinds of numbers speak to what the game plan was against Temple and that was to ground and pound to victory.

While we talked about the two-headed monster on the ground for ECU, this team will put everyone on the roster in the offensive backfield it seems. The Bulls had 9 different players carry the ball and on top of what Mangham did Kelley Joiner added 126 yards on 14 carries finding paydirt once as well.

The Bulls average 182.1 yards per game on the ground which ranks them 51st in the land, but this defense is a complete mess. Stopping Temple last weekend should stop no one from thinking that SOuth Florida has their defensive issues corrected.

This team is ranked 121st in the nation allowing 464 total yards a game and you can find the Bulls D ranked 100th or farther in pretty much every major defensive category.

We all know that losses are losses and wins are wins but some results can be inspiring while others lead to continual close defeats. Outside of the opening affair against Appalachian State and the thumping of Tulane, the other 5 games this team has played have all come down to the wire. (although the Charleston Southern game wasn’t exactly expected to be one of those close wins)

Last weekend’s loss to Houston shows exactly what is missing from this team’s profile in 2021. The running game is simply not up to snuff and you see why they are ranked 81st in rushing. This team averages 149.4 ypg on the ground but Houston held them to 82 rushing yards but holding on the ball was the big problem.

Holton Ahlers put the ball on the turf 3 times and 5 fumbles certainly contributed to how a team can lose a close game. Turnovers, of course, can just kill an offense and the Pirates are ranked 115th in the land giving the ball away.

Ahlers was 23 for 37 on the day with 278 passing yards and he threw for a pair of scores without a pick against him. The passing offense has been relatively solid ranking 33rd  putting up 269.1 ypg and amazingly, every player who has caught a pass on the roster has been seen in the end zone. Ahlers himself has even caught a TD pass this season, but you can expect him to be looking for Tyler Snead when he needs a big play.

On the other hand, Mitchell and Harris are the only two RB on the depth chart but the two of them know how to carry the load at times. Keaton Mitchell has carried the ball 88 times and Fahjan Harris has toted the rock 87 times and no other RB is listed with a carry. Mitchell is the go-to guy inside and he can pull away from traffic as evident from his 88-yard scoot among his 677 rushing yards.

The Pirates are going to try and throw the ball and the Bulls are going to try and impose their running game on ECU this Thursday night. They will both have plenty of success doing so which points you to this total and the Over 56. That is 8 TD with converted XPs and all we’ll be looking for is a field goal to add to that and wham! Cash in our pockets!

If you’re looking for more picks like this South Florida Bulls vs. East Carolina Pirates matchup we’ll be providing 4* free College football game predictions on the blog all season long, and check out our Experts for guaranteed premium & free CFB Football picks!