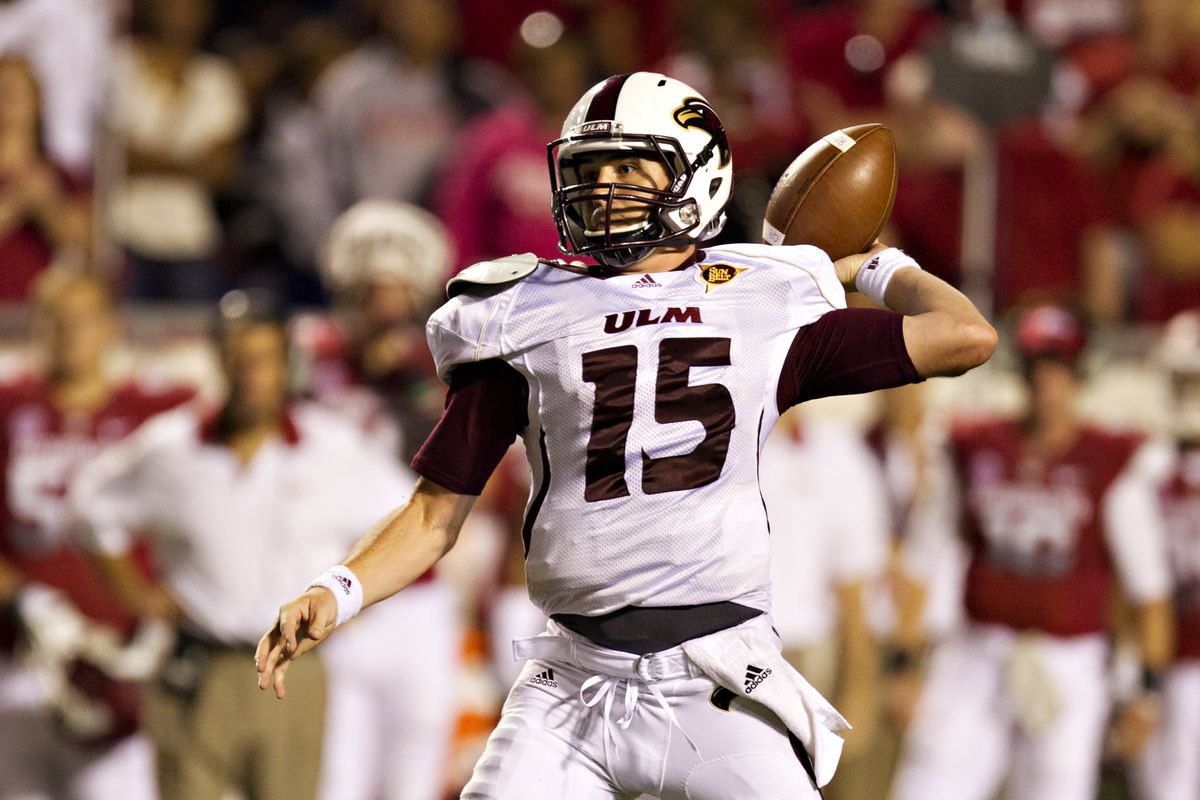 The Jags are favored by 13.5 points in this Sun Belt Conference matchup.

South Alabama improved to 4 – 2 last weekend after a convincing 41 – 14 win over the Georgia Southern Eagles. A record-setting performance from Jake Bentley highlighted the win as he was responsible for all 5 TDs which had never been seen before by a Jags player.

As a result, the Jags find themselves as nearly 2 TD favorites on the road against a Warhawks program that isn’t doing bad themselves. As 32.5–point underdogs last weekend against Liberty, the Warhawks came away with a massive upset-win, 31 – 28.

After an 0 – 10 season a year ago the Hawks are on pace to get back to a bowl game for the first time since 2012. That was the last and only time this program has been a part of bowl season but there is still plenty of football to be played.

Did you listen to the Rainmaker last weekend? Good, you made your money betting on the Jags as they were easily smashing by the GA State Eagles. Jake Bentley played his ass off and set the team record with 5 TDs, 3 with his arm, and a pair on the ground.

It was 31 – 0 Jags until the final 2 minutes of the first half when the Eagles finally scored on a 2-yard run while converting a 2-point conversion as well. Bentley was an efficient 24 for 31 with 389 passing yards finding 3 different receivers for scores. The South Carolina transfer only gained 8 rushing yards on paper but he found the end zone twice and looked in charge all day.

Jalen Tolbert just caught another pass so add that on! I mean the dude caught 11 balls and gained 174 yards with a trip to the end zone. Amazingly, it was only his second score of the campaign, however, but he has brought in 718 receiving yards this season from 36 grabs with a pair of TDs now.

After Bentley’s performance last Thursday, the Jags passing offense now ranks 48th averaging 253.5 YPG. The ground game could use some improvement from 136 YPG that shows them ranked 88th in the land.

The road team in this series has only 1 win to their credit in 7 all-time meetings and we just saw Monroe pull a pretty big upset last time. That will certainly make the Jags aware to not turn over the ball and to stay with what is working thus far.

Well, when you are nearly 5 TD underdogs and you find a win, we’ll say that life at practice this week was probably in good spirits. After an 0 – 10 2020, bringing back Terry Bowden drew some concerns that he could motivate a younger generation of kids but so far, so good.

The Warhawks had been outscored 114 –  27 in their previous 2 games before hosting Liberty, so we all understood the heavy underdog role they were in. Coming up with a straight-up win over Liberty? Well slap my ass and call me Lucy, baby! That is one helluva game plan to go out and win a game that you had no right taking, supposedly.

Nothing has changed in the rankings, however, and this team on paper is still one big disaster waiting to happen. You know by now that we have 130 FBS programs and Monroe is near the bottom of pretty much every offensive category that matters.

Chandler Rogers simply outplayed Malik Willis, although the defense came up with 3 picks and a 53-yard field ultimately sealed the win against the Flames. Rogers threw the ball 25 times and completed 16 of them with a pair of scored and 225 yards. Liberty had held a 14 – 0 point halftime lead and seemingly had everything in check headed to another win.

Not so fast my friends, because whatever Bowden said in the locker room motivated the Hawks to come out and put 28 points on the board in the 3rd while allowing nothing! Liberty fought back to tie it with 14 4th-quarter points and Calum Sutherland kicked his only made field goal of the night to get the home crowd in an uproar!

Can’t win? Hey, I know what the Jags and Bentley are all about because you have seen me cover about 4 or 5 of their games around here. I love what the Jags are doing but we saw some inspired football from a Warhawk team that could have easily given up down 14 – 0 last weekend. They were 32.5-point dogs, man!

We are pounding this total and easily expecting 51 damn points to come our way.

If you’re looking for more picks like this South Alabama Jaguars vs. UL-Monroe Warhawks matchup we’ll be providing 4* free College football game predictions on the blog all season long, and check out our Experts for guaranteed premium & free CFB Football picks!