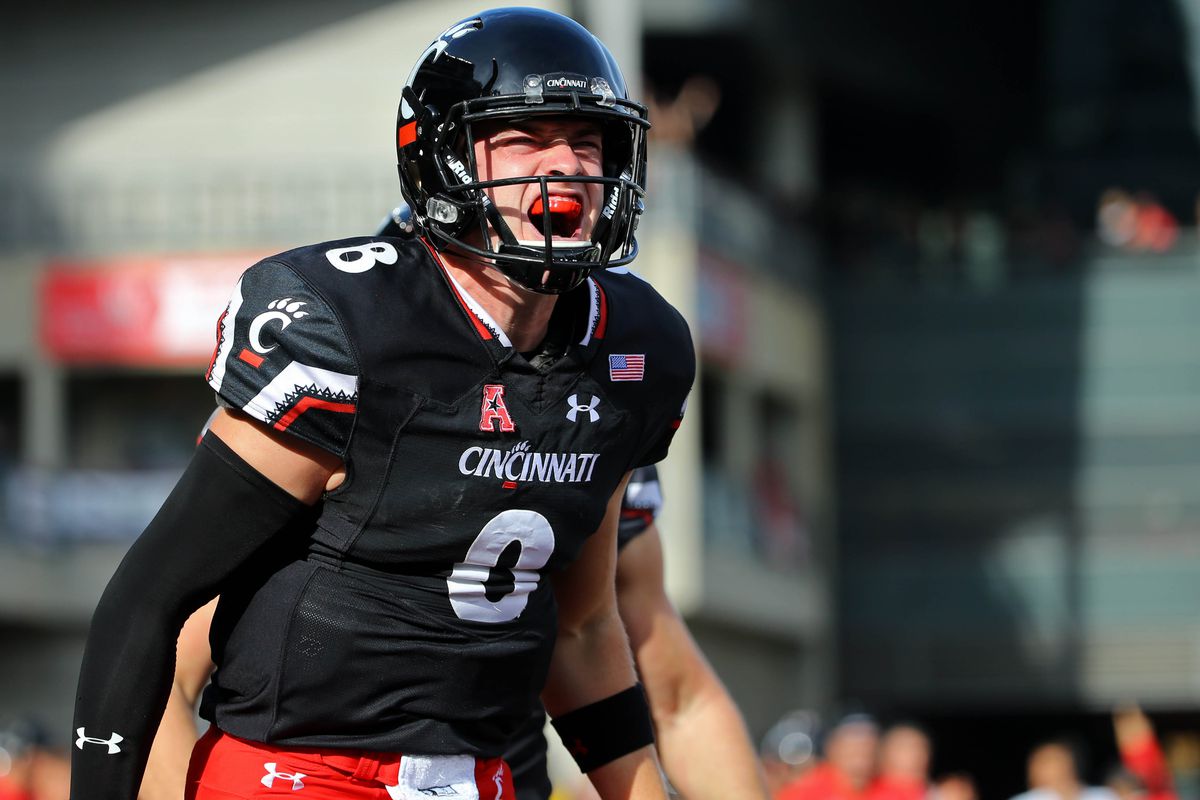 The Bearcats are favored by points in this American Athletic Conference matchup and this might just be the last game they have to be concerned with towards the perfect season. With ECU on deck for the Bearcats on the final weekend of the regular season, the Mustangs will likely be the last team to interrupt perfection.

Can the Mustangs provide the upset or is Cincinnati just too good for them?

The Bearcats can host the AAC title game if they run the table so this might not end up being their final home game of 2021 after all.

The Mustangs certainly have a fighter’s chance of surprising Cincinnati with their offense running smoothly under the guidance of Tanner Mordecai. There are some concerns, however, as leading receiver Danny Gray came out of last week’s game and was seen on crutches afterward.

Danny Gray has accumulated 803 passing yards to lead this team in receiving yards and it was extremely odd to see the approach of the Mustangs last weekend. Gray was only targeted one time the entire game and it led to this injury that does show him as probable to go on Saturday.

After seeing Mordecai do as much as he did without the efforts of Gray in the lineup, SMU should be just fine even if he isn’t 100%.

Mordecai didn’t even need to use Gray to put up 55 points against Central Florida last weekend and I think we were all surprised that he never even looked his way until about his 30th attempt of the game.

Tanner busted out a 37 of 54 performance with 377 passing yards to go with 3 TD passes to 3 different receivers. Big #10 Dylan Goffney was an animal picking up first down after first down on nearly every ball he caught despite not making a trip to paydirt.

Goffney grabbed 10 balls and was a huge part of helping the team set their single-game record for most first downs in a game. Mordecai and company converted 36 chain movers and everything was simply clicking. That comes at a good time because the Cincy defense is no cup of tea so this offense will face its biggest test of the season this weekend.

The Bearcats want to be that team that breaks into the FBS Playoff and I think we all see the Murray State as the big question on their schedule. You can’t create the best argument in the world with shit FCS programs on your schedule! Period!

This has got to stop at some point no matter how much money the schools receive for hosting those programs. Would you rather beat Murray State or land in the FBS Playoff?

That is the biggest liability on this program’s schedule and this FCS stuff will have to stop soon and this could be why. Cincinnati may go 12 – 0 and that looks great on paper but we also see a lot of shit on their schedule that is easy to argue why they DON’T belong in a big contest with major programs.

We all know the characters by now, right? Desmond Ridder is having the season of his life but this is still a middle-of-the-pack offense in the rankings. Cincy ranks 57th in both total yards and passing yards although those 29.3 PPG sure look all right from here.

Ridder is up to 2.425 passing yards and his 22 – 6 TD to INT ratio works out pretty good too. The 16 sacks are a bit of concern but we all know that #9 can use those legs to get out of trouble and present as much of it to the opposing defenses.

Ridder is second on this team in rushing yards behind Jerome Ford but this is another concern we need to have. Ford might not be dressing on Saturday and that would be a huge absence to this Bearcat offense.

Ford is up to 888 rushing yards and had every intention of getting that century mark toppled in 2021. Losing his 15 TDs doesn’t help matters either although he added another score in the passing game to give him 16 on the season.

Ryan Montgomery and Charles McClelland will have to do a monster job to support Ridder although the Bearcat QB will be ok with tossing the rock around the yard if he has to.

This is the game of the week in the conference and it is certainly one that everyone will be watching to see if Cincy can keep the undefeated run going.

Give me those points though because double-digits suit me just fine!

If you’re looking for more picks like this SMU Mustangs vs. Cincinnati Bearcats matchup we’ll be providing 4* free College football game predictions on the blog all season long, and check out our Experts for guaranteed premium & free CFB Football picks!