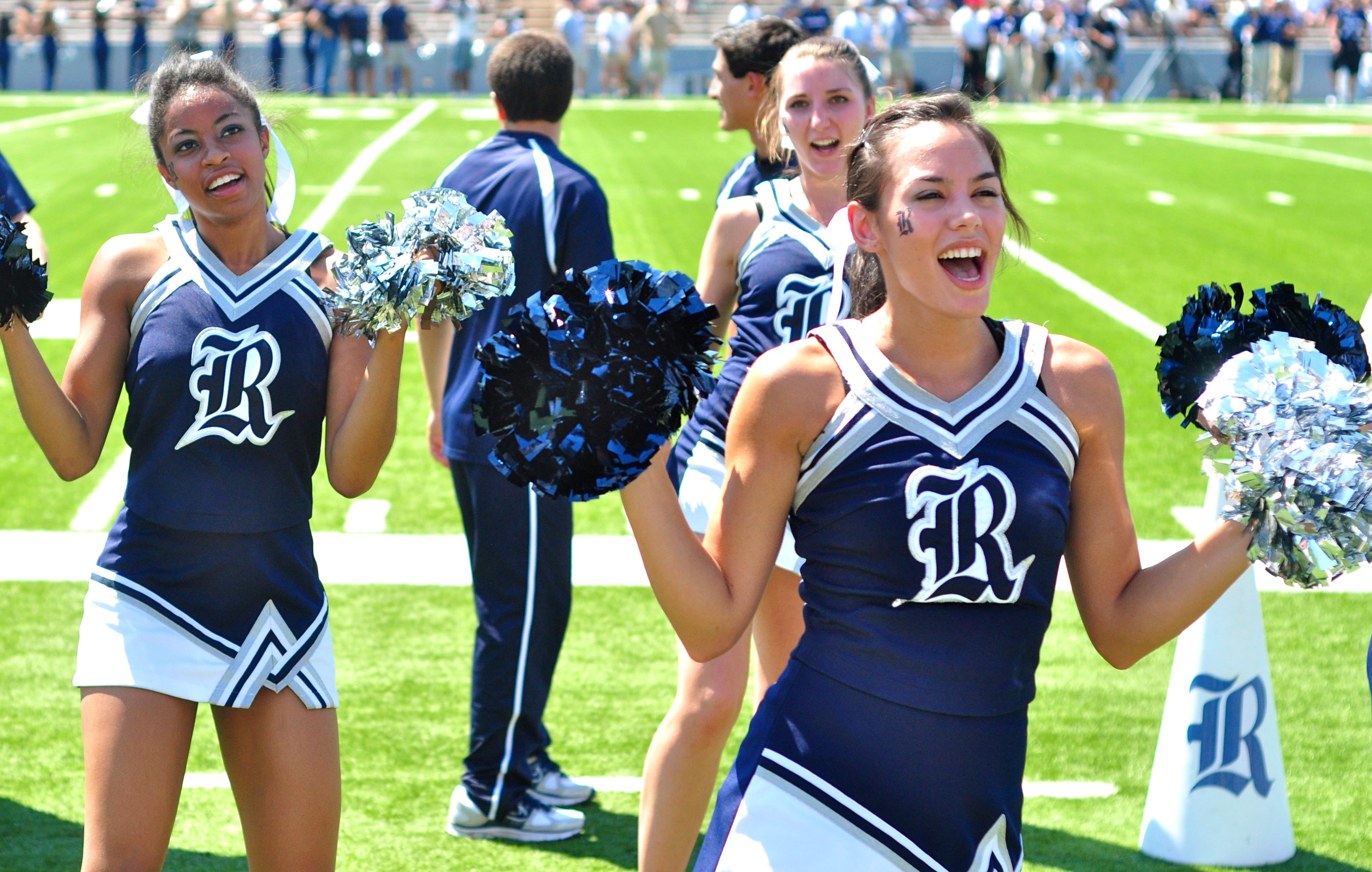 The Owls are favored by 2.5 points in this Conference USA West Division matchup and we have a 56 showing on the total.

In fact, if you look around hard enough you can see that Rice is only listed at -120 or -125 to just win the damn football game! I know none of us are really used to seeing Rice favored because there is usually a +# attached to their lines.

The Owls have been underdogs in 5 of their 7 games being favored by only 1 point against Southern Miss and a whole bunch of points against Texas Southern. I think we all get the latter, but this is uncharted territory for Coach Bloomgren. Rice hasn’t won more than 3 games over the last 3 season’s under Bloomgren so this potential 4th win is, at least, a tick in the right direction. The schedule ahead might not provide many more opportunities for wins, so the Owls better take advantage of a Mean Green team when they are done.

And they are way down at 1 – 6, which means North Texas is pretty much already out of a possible bowl invite and just trying to get through the rest of the year. The line setters are still giving them some respect, however, as this is not even a field goal for a team with 1 win all season.

Seth Lattrell knows what it feels like to put up a winning season and get to a bowl game, and this program was in the Conference USA title game as recently as 2017. The Mean Green hasn’t won more than 4 games over the last two years, and to be honest, I just now looked to make sure he hasn’t already lost his job.

The last thing you want to do is not know something as important as the coach being let go in the middle of the season. We can only assume he knows the seat is hot with what looks like another season under .500, so there is reason to be concerned.

Let’s keep in mind that the only reason there is 1 win for this team is for the simple fact that they hosted Northwestern State from FCS on opening weekend. Other than that, North Texas has lost all 6 of their last games by at least a TD and they have simply had their defense on the field too often.

The North Texas defense ranks 90th or farther back in pretty much every category we concern ourselves with. The 421.1 total yards a game puts this program back in the 99th position of the rankings and you know we have 130 FBS programs.

This team showed up last weekend, however, expected to lose by 21 points to Liberty and they damn near won the game. That 35 – 26 finals score really doesn’t show anyone how the game went so if you just saw that score it didn’t come easy for the Flames.

Rice is favored to win a football game! I know I said it before but I had to remind myself that it is actually happening. Hey, this is a program that gets mentioned as a cupcake on Power-5 schedules like Arkansas and Texas. The Horns thumped this poor Rice team 58 – 0 early in the year to further put them in the cupcake status when the season started 0 – 3.

The win over Texas Southern was to be expected and everyone has walked all over Southern Miss in 2020. Regardless, those are wins that led to something positive, and then the 45 – 0 beatdown by UTSA happened following up the bye week.

So, UAB was favored by nearly 24 points last weekend and oh, poor Rice was expected to get smashed again… OR! How about a 30 – 24 upset instead?!

The Owls got up 13 – 0 early on UAB but the Blazers erased that lead before the 1st quarter even came to a close, 14 – 13. Wiley Green threw a trio of TD passes one of which gave Rice the 20 – 14 halftime lead that went to August Pitre.

Pitre brought in 108 passing yards from 6 grabs but tight end Jaeger Bull not only has the best name in football but he also came up big in the win over UAB. With only 2 passes caught, he totaled 3 yards on the day with a pair of TDs. That is called making the most out of a little!

The Owls’ offense looks horrible on paper but none of that will influence this game against a 1 – 6 Mean Green coming to Rice Stadium. This team ranks 120th only putting up 18 PPG and they are listed at 119th in both total and passing yards as well. We will see plenty of production to level out some of those ugly numbers.

The 56 is hysterical and the Owls being favored is not going to deter a play on Rice at home. Yes, these two programs have more issues than we can mention but this should still be an entertaining game, at least. I see a 38 – 28 Rice win coming, so let’s see if I nail this or not. I love the fact that I can get Rice and the NL at -125 instead of laying points even if the juice kinda sucks. Just in case they barely escape with a win, it is never a bad thing to pay for a line move with marginal numbers like we see here.

If you’re looking for more picks like this North Texas Mean Green vs. Rice Owls matchup we’ll be providing 4* free College football game predictions on the blog all season long, and check out our Experts for guaranteed premium & free CFB Football picks!