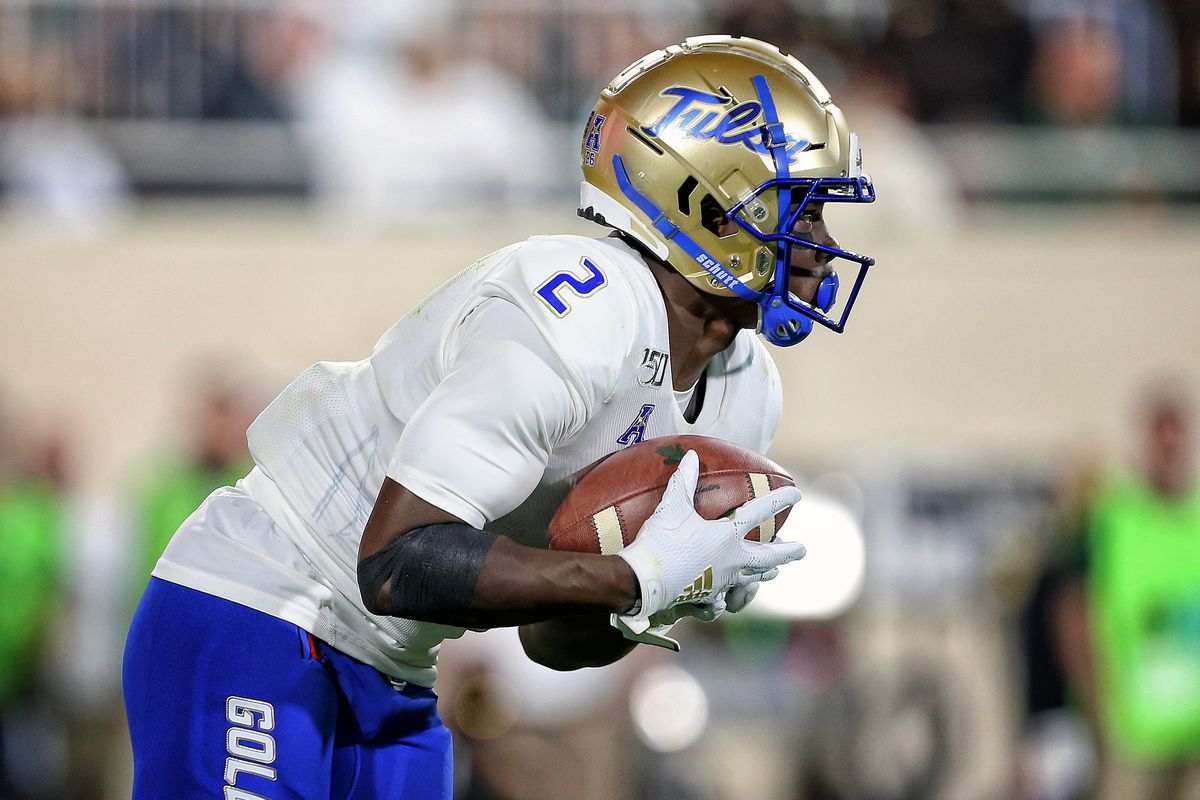 The Golden Hurricane are favored by 11 points in this American Athletic Conference matchup and we have a 47 showing on the total.

The Naval Academy almost pulled off the biggest upset of week 8 as they frustrated #2 Cincinnati all afternoon but lost the game, 27 – 20. The loss runs the Midshipmen losing streak to 3 games and now the only goal left to accomplish is a hopeful bowl appearance.

At 1 – 6, however, the Academy will have to win their remaining 5 games of the season and we see what the line setters are expecting to happen. Navy is a double-digit road dog this Friday night in Tulsa as the Golden Hurricane is trying to get to the .500 mark for the first time this year.

Tulsa improved to 3 – 4 after their last outing against South Florida which resulted in a 32 – 31 game leading into the Hurricane bye week. That gives Tulsa two weeks to prepare for this contest and they’ll be headed to face that #2 Cincinnati program next weekend

Outside of the 17-point 4th quarter miracle against UCF, this Navy team has been through the wringer in 2021. Obviously, at 1 – 6, the results simply haven’t been there but we have seen this team fight and stay in plenty of games too.

You may have noticed your tickers on the bottom of the screen saying ‘Upset Alert’ as Navy gave Cincinnati all they could handle last Saturday afternoon. The Academy scored first and made it 7 – 0 early before taking a 10 – 7 lead at the beginning of the 2nd quarter against the #2 team in the land.

Cincy kicker Alex Bales nailed a 52-yard field goal at the end of the half to give the Bearcats a 13 – 10 lead and once again Navy was headed to the 4th quarter down 27 – 10 in need of a big comeback again. It never came but Navy did pull within 7 points to easily cover the 28-point line. They did score the final 10 points of the game, however, but it was simply too little, too late.

Tai Lavatai threw the ball 15 times and completed 11 of those attempts for 116 passing yards with a pick and no TD passes. Did you catch my preview when they played Memphis? I told you we would be seeing the passing game begin to open up for a program we are simply not used to seeing throw the rock around the yard.

That adjustment came against Cincinnati last weekend and we might now be expecting to see more of it this week. I know, right? I am talking about a PASSING GAME FOR NAVY?!? WTF! LoL

The big reason for the change is that the backfield and option-attack are simply not doing well enough to justify running the ball 65 times a game. We see that the Academy is still ranked at the bottom of the board in passing with a 130 attached to their name.

Those numbers might slowly come up but the running attack still needs to improve. Navy ranks 127th in total yards per game at 280.3 an outing and the 17.9 PPG ranks them 122 out of 130 FBS programs.

Tulsa has won 3 of their last 4 games and all of those wins have come down to the final possession of the game. The Golden Hurricane got past South Florida last weekend by a single point and it was the only time in the game they held the lead.

The Bulls and Hurricane exchanged blows until it was 10 – 10 into the second quarter but South Florida returned a kickoff for 100-yards and then returned an INT for 33 yards to turn the game around.

Shamari Brooks saved the day with a 3-yard TD run with:47 remaining in the game concluding a big day for the tailback. Brooks finished the game with 145 yards and that score from 23 carries on the day. Deneric Prince added 110 of his own rushing yards with a trip to the end zone in the win.

Davis Brin had a decent day with 266 passing yards but the 2/2 TD to INT ratio and a fumble on the day didn’t help matters. Brin leads the 28th ranked passing offense that puts up 273.4 ypg but this team only puts up 25.4 PPG which ranks them back at 88th.

Navy hosted Tulsa in the final game of last season and the Hurricane needed a big win to clinch a berth in the AAC title game. Tulsa came away with a 19 – 6 win and lost the AAC Championship to Cincy, 27 – 24, before losing their bowl game to Mississippi State by a 28 – 26 margin.

We are going Navy to cover the double-digit line and this Over should cruise in right along with it.

I am seeing a 30 – 27 game going down on a Friday night in Tulsa so play it accordingly and make it a double on the rocks!

If you’re looking for more picks like this Navy Midshipmen vs. Tulsa Golden Hurricane matchup we’ll be providing 4* free College football game predictions on the blog all season long, and check out our Experts for guaranteed premium & free CFB Football picks!