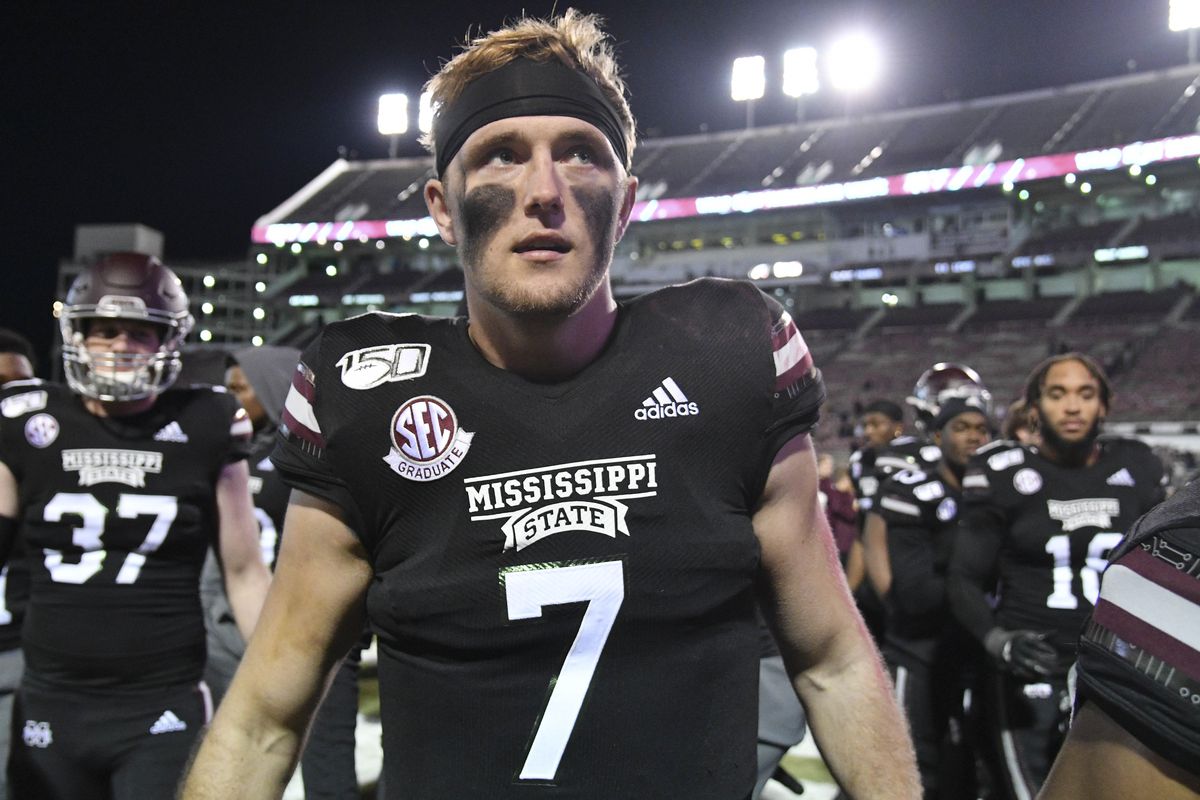 The Bulldogs are favored by points in this SEC matchup and it may not officially be bowl season yet but the Egg Bowl sure holds plenty of significance for these two programs.

Matt Corral made it clear that he was playing in his final games with the Rebels as he thanked everyone in Oxford for their support last weekend in his final home game with Ole Miss. Corral gave a big tweet out to the public before last weekend’s game so the next NFL Draft will certainly have his name on the big board.

Both of these programs are bowl eligible

Well, we know that Matt Corral will be playing in his last Egg Bowl game and we can only hope to see another thriller as it was last year. Lane Kiffen and Mike Leach squared off for the first time as SEC head coaches and the Rebels took a 31 – 24 win to proudly regain ownership of the Egg Bowl Trophy.

Corral threw for 385 yards and a pair of scores in last year’s version of the Egg Bowl, and this really could end up being his final showing in an Ole Miss uniform. We have seen plenty of high-profile players sit out of the bowl game to not chance any injury so we are used to that now.

Regardless, Corral will likely want to make another Egg Bowl victory trot on the Bulldogs field so we might expect a bit of shoot-out this Thursday as the only game on the tube before the Fresno State vs. San Jose State game later. Oh, stay tuned because I am writing up that little diddy too.

We already know that both of these programs will be playing another game in December with Alabama already clinching the division title. Let’s just all sit back and enjoy a good, old-fashioned, high-scoring SEC affair to ring in the holidays!

The Ole Miss offensive rankings show a much more balanced attack than the Bulldogs because Miss State can run the ball worth a damn. Corral leads the 5th ranked offense in college football that puts up 517.4 yards a game, and the 36.4 PPG puts the Rebs at 18th in the land.

The Bulldogs run game ranks 129th out of the 130 FBS programs in the Nation whereas the Rebels are ranked 8th putting up 231.1 YPG on the ground.

The problem for this program under Kiffen is stopping a soul at running whatever offense that they do well. The Rebels are the 100th ranked defense in total yards allowed and are ranked 107th stopping the run.

Mississippi State is in a similar position having just a bowl game left to play after this weekend’s final regular-season game. Senior Day will be filled with excitement while also getting to host this rivalry game to attempt to take back the Egg Bowl Trophy.

Remember now, this may just look like another game on the schedule but we all know better than that. The meaning behind having that trophy in YOUR showcase for another year is pretty much everything to these two.

This team might throw the ball a few times this Thursday night, and then you might see a few more balls flying around the park. This Bulldogs running game simply does not exist and no one even tries to hide that fact.

This team ranks 3rd in all of college football putting up 390.2 passing yards an outing and WIll Rogers certainly remembers the disappointment of losing this game a year ago. Rogers only put up like 1,000 passing yards or so in the loss, and I am kidding but it probably feels like it to him. He did end the game with 440 yards and it led to Ole Miss having a 63 – 46 – 8 record in this long-time series that dates back to 1901.

Shoot-out! Plain and simple I expect this to be a back-and-forth affair with more points than you can shake a stick at!

If you’re looking for more picks like this Mississippi Rebels vs. Mississippi State Bulldogs matchup we’ll be providing 4* free College football game predictions on the blog all season long, and check out our Experts for guaranteed premium & free CFB Football picks!