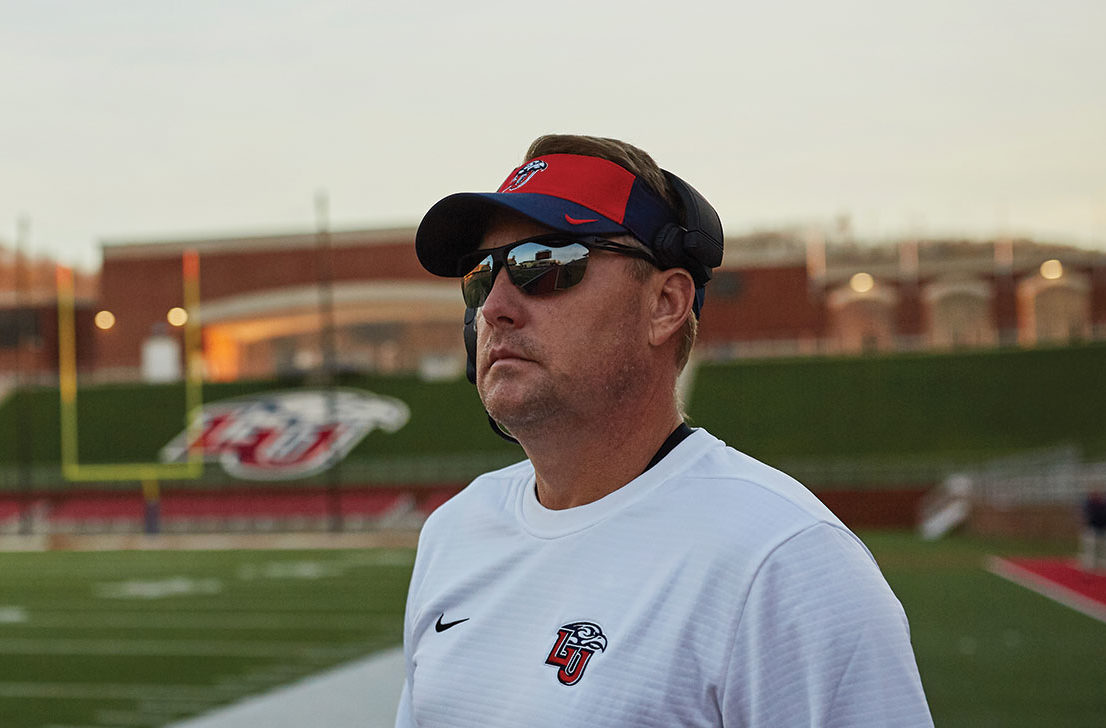 The Flames are favored by 4.5 points in this Sun Belt Vs Independent Conference matchup. That might be in part of the fact that Louisiana has already clinched their appearance in the Sun Belt title game and this being a non-conference game.

The Cajuns are a perfect 7 – 0 in their conference battles and their only loss the entire season came back on opening weekend against the Texas Longhorns. That obviously tells you that Louisiana is riding a 9-game win streak coming into this weekend’s affair against the Flames.

Liberty fell to Ole Miss last weekend but that was quite a damn game the Flames gave to the Rebels on the road. Going to Mississippi and losing 27 – 14 is no disgrace in the least, so now this team needs to put that behind them and regroup. Hugh Freeze certainly knows how to keep his kids motivated so this should be one decent game to tune in for.

Louisiana is in a nice position but they are also in a strange spot too. The Sun Belt Championship will ultimately decide which bowl they get to play in and it is all explained HERE.

So, the obvious goal for this team is to stay healthy and keep everyone in place for the big games to come. That’s not to say that the Cajuns won’t want to travel and find a win but the result of this game really won’t affect any plans.

Coach Napier will understand how to keep the motivation where it needs to be because you certainly want the team playing well and in sync when the Sun Belt title game arrives in two weeks. The 57th meeting of the Battle of the Bayou is on deck for the final game of the season in conference play.

We expect another cruise to victory there for the Cajuns and they will be strongly favored to come out of the final home game of the season in style. Senior Day at Cajun Field with a little rivalry game will help keep the adrenalin up but this game will also be a test for this program.

Napier will want to show everyone watching that he has his teams prepared for everything that is on their plate. The line setters seem to think they will just go out and play this game just to play this game because I would expect the Cajuns to be favored in this spot if it were a truly meaningful game.

The Flames are a decent team and Malik Willis will pose a nice threat to this Cajun defense that only allows about 19 PPG. That has them ranked 17th in the nation and Louisiana only allows 210.5 passing yards a contest that sees them ranked 41st in the land.

Levi Lewis will certainly want to prove he is the best QB on this field, however, so I have no doubt he will not just want to make this trip to simply get off the bus and watch things happen without being a big part of the success of this team.

Lewis is so fun to watch and he controls the passing game and this rush offense that is loaded! LOADED! Chris Smith wants the football and he wants to make sure people remember they played against him that weekend. The dude is barely 5-9 and if he is 210 on a Friday night he ate three pizzas but my goodness, man, barrel into you like he just doesn’t care!

Not only is #21 an animal but Montrell Johnson is leading this team in TD runs with 10 and they are both why this Cajun squad is ranked 25th in the nation toting the rock.

Malik Willis knows that people are tuning in to watch him play because his game is simply worth watching week after week. We don’t want to discuss how his game looked at Ole Miss though so let’s not destroy the rep he has over one ugly outing.

And oh, it was ugly and you can see those 3 INT with only 173 total yards really didn’t help Hugh Freeze go back to Ole Miss with any surprises to offer. We all know that Freeze would have loved to return to Oxford and remind everyone who he was but that just didn’t happen.

The first half… oh wait, I said I wouldn’t do that, didn’t I?

Okay, Malik’s campaign has been stellar despite that outing and he will certainly want to atone for some of the mistakes he made last weekend at Ole Miss.

To a man, he likely didn’t break out dancing on the bus in front of the coach or anyone else feeling good about his performance. The Cajun’s defense wants to come in here and slow him down a team that puts up 35 PPG and can do it on the ground and through the air.

The Flames are ranked 28th in total yards putting up 446 YPG and Joshua Mack contributes plenty of support in the running game with Malik running the show. We all know that Malik is the leading passer and rusher and he might start kicking field goals soon too. Mack has carried the ball exactly 100 times although he has only brought in just over 400 yards.

The Liberty defense shouldn’t go without noting being that they ranked just outside the top-10 in most of the major categories we track.

In my opinion, as this game goes on both teams will start to really just want to get a win under the belts. The Cajuns may not necessarily need this win but they are not just going to get off the bus and play cards in the locker room.

Liberty needs to obviously, rebound from last weekend so they don’t want to go out and lay an egg either.

If you’re looking for more picks like this Louisiana Ragin Cajuns vs. Liberty Flames matchup we’ll be providing 4* free College football game predictions on the blog all season long, and check out our Experts for guaranteed premium & free CFB Football picks!