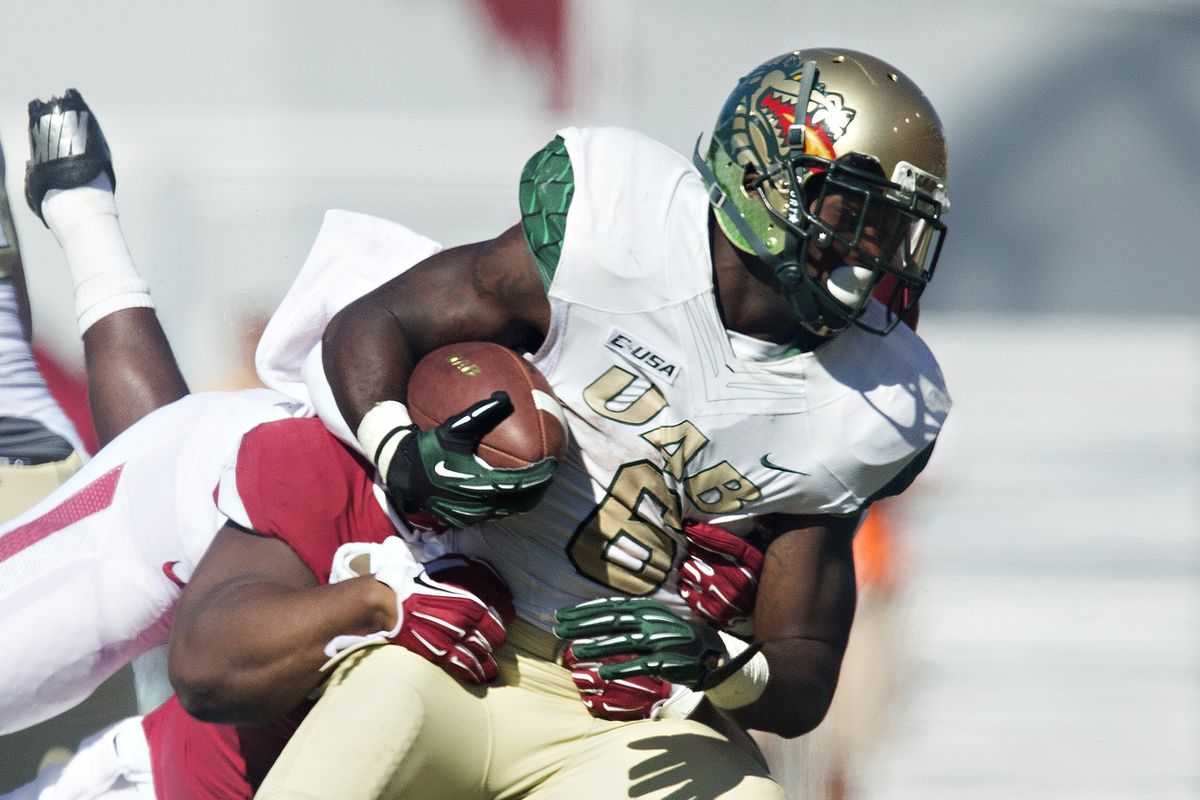 The Blazers are favored by 13.5 points in this Conference USA West Division matchup and we have a 49.5 showing on the total.

UAB has had two weeks to stew in the disaster that was the Rice game last time they were on the field. A bye week might have come at a good time after a loss like that because the Blazers were favored by 24 points at home and took a 30 – 24 defeat on the chin at the hands of the Owls.

LA Tech is simply trying to not have their season get much worse than a 6 – 2 already looks for 9th-year head coach Skip Holtz. Holtz has guided the Bulldogs to 7 straight bowl appearances and it looks like that run will be coming to an end in 2021.

Most major outlets will give LA Tech a chance to be a contender every season and this year was no exception. Things just simply have not gone the Bulldogs’ way in 2021 and here they are as nearly two TD underdogs again this weekend.

The Bulldogs lost a tight one to ODU last time out, 23 – 20, although they were favored on the road against the 1 – 6 Monarchs who now have two wins to their credit. With 2 seconds left to go in a tie game, Nick Rice kicked a 46-yard field goal to give the Monarchs the win on the last play of the night.

Austin Kendall ended the game 22 of 36 with 253 passing yards and one TD toss to Isaiah Graham who only caught 2 balls all night. Kendall hit 9 different receivers but the running game had nothing to add. Marcus Williams did score a TD but he only put up 42 total yards on 14 carries with a 9-yard gain his longest of the outing.

Solomon Lewis almost broke a punt return for a score but he still added 126 return yards shifting the field of play on two occasions.

The LA Tech passing offense is basically the only thing worth mentioning when you look at the rankings. The Bulldogs are sitting in the 27th position in passing yards per outing but they are no higher than 82nd in any other offensive category. La Tech ranks 82nd in both total yards( 385.3) and points scored (25.8) and the rushing stats have them back at 114th in the country (108 YPG).

Well, I can assume that Blazers head coach Bill Clark will make the bye week one filled with expectations but this team simply under-achieved against Rice. This program has been in the last 3 Conference USA Championship games and the run of bowl appearances is also in a bit of jeopardy.

At 3 – 1 in conference play, the news is still good for UAB because of what they have left on their schedule. UTSA is 4 – 0 and UTEP is an equal 3 – 1 with the Blazers in the chase for the West Division title and UAB has both of those teams in front of them to finish out the season. Should the blazers get past LA Tech the 6th win will, at least, give this team a potential bowl bid which is still positive.

That may be goal #1 but we all know that this team wants more than that with 3 straight division titles to defend. I doubt that coach Clark even wants anyone to look at the nearly two TD spread that could lead to over-confidence.

This may look like an easy win on paper because LA Tech has lost 4 straight games and really just hasn’t gelled a bit in 2021. The UAB defense should be fired up to get back on the field this weekend as they get a rushing attack that has not fared well this year. The Blazers defense ranks 21st against the run and has only allowed just over 20 points per game.

Austin Kendall has been sacked 17 times and the LA Tech front 5 is certainly suspect at this point of the year. The Blazers’ defense should be pinning their ears back and getting plenty of pressure on Kendall.

Dylan Hopkins certainly outgained his Rice counterpart putting up 318 passing yards but Wiley Green threw 3 TD passes against the UAB defense. Dewayne McBride found the end zone twice on the ground and put up 95 yards but he only carried the ball 8 times the entire game. Jermaine Brown only ran the ball 7 times as the two main backs combined to carry the ball only 15 times between them.

This total being under 50 is perfect for us total bettors out here. Yeah, I am one of those dudes who always looks at totals first and then I decide on the final score and look at the ATS lines.

So, with less than 50 expected from the line setters, I digress. I see a 34 – 24 type of game breaking out in Birmingham on Saturday.

If you’re looking for more picks like this LA Tech Bulldogs vs. UAB Blazers matchup we’ll be providing 4* free College football game predictions on the blog all season long, and check out our Experts for guaranteed premium & free CFB Football picks!