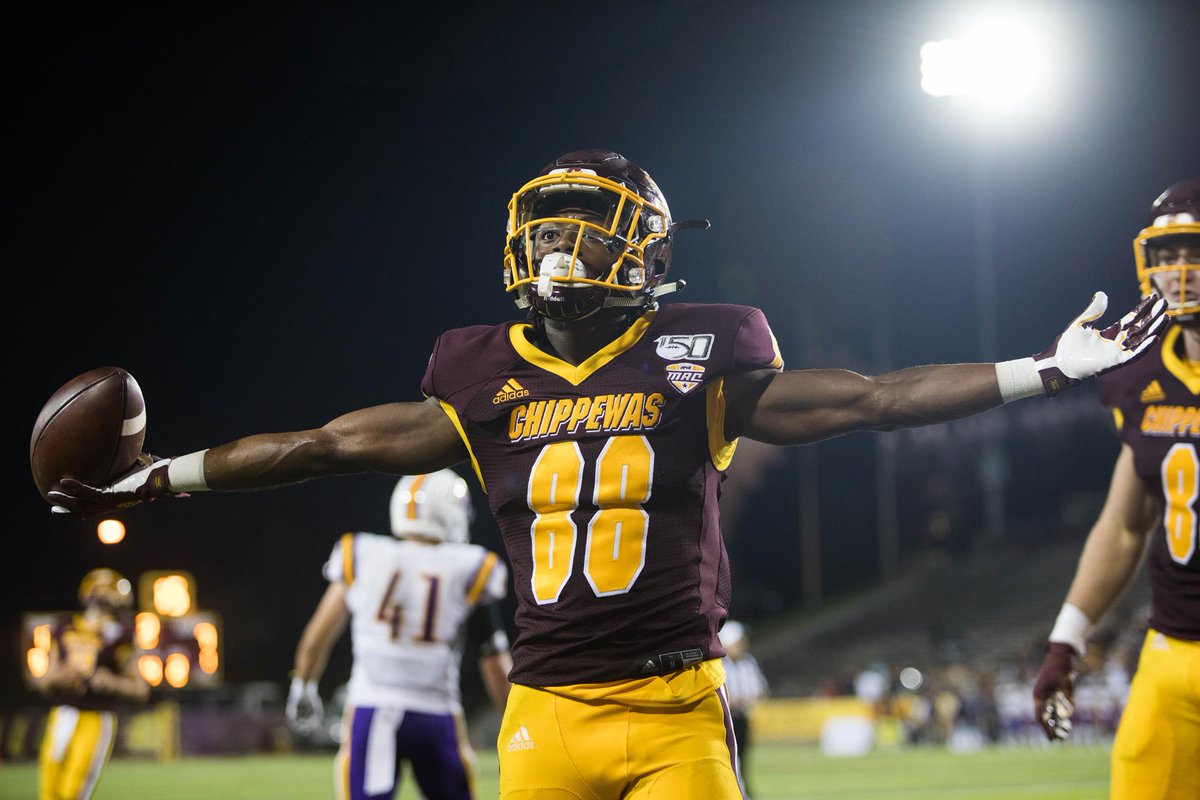 Anybody ready for an offensive explosion Wednesday night? The Kent State Golden Flashes will head onto the road to take on the Central Michigan Chippewas. The Golden Flashes currently own the top spot in the conference thanks to winning two in a row, but all of that could change down the road. Could we see an upset on weekday college football? Let’s check out these two teams below.

Anybody else love watching two teams drop nearly fifty points? That’s exactly what happened in last week’s matchup against Kent State and NIU. The Golden Flashes dropped 52 points on the Huskies in which, surprisingly, their rushing attack had more yards than their passing. The Flashes are known for their lethal passing game averaging 235.7 yards per game which is sixth in the nation.

One of the reasons why the Flashes are on the top of the conference is due to the leadership of Senior QB Dustin Crum. He enters this game with over 2,000 passing yards, 11 touchdowns and two interceptions. In their last game against the Huskies, he dropped 322 yards along with two touchdowns and 72 yards on the ground. Love me, a quarterback that can drop nearly 400 total yards of offense all by himself.

The Senior is playing to his age too as he has yet to throw an interception in the last eight games. On the defensive front the Flashes have allowed 132 combined points in the las three games. Not so great to say the least.

Now it’s time to showcase this Central Michigan team. They enter this game as small favorites over the Flashes mainly due to them being at home. The Chippewas have won three of their last four conference games and are slowly climbing up the ladder in the MAC conference. They are one game back of the NIU Huskies and could climb into sole possession of second if they can defeat the Flashes.

The Chippewas may not have a senior QB like the Golden Flashes, but they do have Freshman QB Daniel Richardson who has put up manageable numbers down the stretch. With 1,743 passing yards, 15 Tds and two interceptions to his name, he has done the job when needed too. He too has yet to throw an INT in recent games.

The Chippewas get their offense going from running back Lew Nichols III who averages 170 rushing yards per game. He already has crossed the 1,000 rushing yard mark on the season and can open up the passing game for the Freshman QB.

Love myself a little drama to end MAC Nation! The Chippewas have been playing well and their running game is going to be the reason they win this game. The Golden Flashes defense has been near dreadful the last three goes so I expect Central Michigan to open up the flood gates.

If you’re looking for more picks like this Kent State Golden Flashes vs. Central Michigan Chippewas matchup we’ll be providing 4* free College football game predictions on the blog all season long, and check out our Experts for guaranteed premium & free CFB Football picks!

NOT new to online sports gambling or DFS. AJ is an avid sports writer and has been dabbling in college and pro sports. With his extensive knowledge and experience working for USA Today and Pro Football Focus, he's been beating the odds since he was 15 years old. His love for sports, stats and analytics came at an early age, which has now turned into a passion.