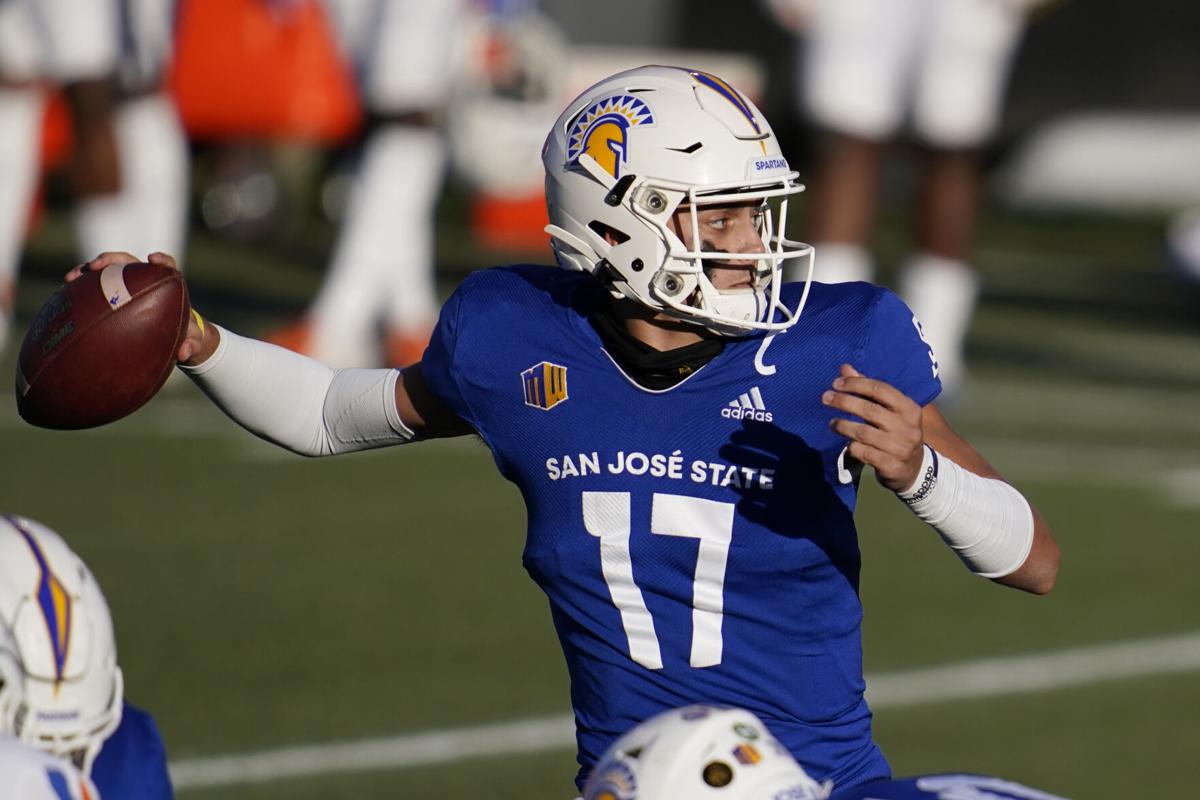 Week 13 college football sees the Bulldogs and Spartans meet at CEFCU Stadium and this game can be seen on FS1.

The Bulldogs are favored by 7.5 points in this Mountain West Conference matchup.

Fresno State is playing for absolutely nothing this Friday night because they will be finishing in second-place behind the Aztecs no matter the outcome of this final regular-season game. The Bulldogs will essentially land in the bowl game that is designated for the team in their position so their phone call will come over the next week as to where they officially are landing for bowl season.

Kalen DeBoer will have the Bulldogs back in the post-season after a two-year absence from the festivities.

San Jose State can, at least, win their 6th game of the 2021 campaign and that usually is enough to claim a post-season appearance. Spartan alumni may recall the 2013 season that ended 6 – 6 that wasn’t enough to see them in bowl season so this program knows what it means to be left out of the picture.

That win over Southern Utah to start the 2021 campaign may come back to haunt them but there may not be too many Mountain West Conference teams that qualify for bowl season at all. That could be a good thing for Sparty for what has been a disappointing season overall.

Fresno State needs to just survive and be ready to play a game in December because of their second-place finish in the West Division standings. Like all of us, the Bulldogs will be watching the San Diego State Aztecs represent the West Division in the MWC title game next weekend.

The Bulldogs certainly want to regain the Valley Trophy and it has been two years that Sparty has held on to it since these two programs had their 2020 meeting canceled due to the virus.

The line setters are expecting the Bulldogs to take this game seriously laying some decent chalk on the road team so maybe Coach DeBoer wants his guys to finish the year on a strong note before the bowl game.

Coach DeBoer has never had to gameplan for a post-season game with this rivalry game in between so this could be tough to know exactly what the approach will be. We can assume that he will start the game with all positive vibes wanting his team to play hard regardless of what has been clinched already.

The Bulldogs have won 4 of their last 5 games and this passing offense is among the best in the nation. Fresno State ranks 9th in passing putting up 328.5 yards a game and this team averages 33 points for the season.

Jack Haener has accumulated 3,467 passing yards with 28 TD strikes to 10 different receivers. Jalen Cropper and Josh Kelly have the most plays drawn up for them to get the ball, but Haener will hit anything that moves and is open. Cropper leads the receiving corps with 10 of Haener’s hand-delivered specials although he and Kelly are only separated by 9 yards in the top-2 spots (751 / 742 resp)

Injuries and a couple of close losses have left the Spartans fighting an uphill battle all season long. This team is 2 – 4 over the last 6 games and Nick Starkel is just getting back to game form after missing a month of the season.

Nick Nash did an admirable job in Starkel’s absence but this team looked out of sorts even in the early going. At no point of this season has the Spartans been more than a game over .500 and Starkel will be out of the lineup for this game with a left arm injury.

That means that Nash will have his chance to prove that he can win a big game this year that leads to his taking over this program in 2022 as well. Starkel will be gone after the year is over and Nash will get a chance to leave a lasting impression with his own guys and the bowl committee that decided if Sparty is worth a post-season appearance should they win this game on Friday night.

It may be a tough way to celebrate Senior Day to have Starkel as a cheerleader instead of starting under center but it is what it is for head coach Brent Brennan.

Kairee Robinson is a stud if you haven’t gotten a chance to catch his game. The dude can run it, he can catch it, and he will be the featured back in this lineup for the next two years. Tyler Nevens is certainly the go-to guy right now, however, and his 155 carries with 7 trips to paydirt lead this program.

The problem is, Nevens only has gained 711 rushing yards and it is why this program is ranked 102nd in the nation in rushing yards per game.

The -7 is still sitting at BOL with a -115 attached to the action so I am going with that option here. The hook seems to be showing at a few sites but that 7 can still be purchased for a mere $15 in juice… Sold!

I don’t think it will be that close but the Bulldogs should still be good enough to win this game by the score and get us our money.

If you’re looking for more picks like this Fresno State Bulldogs vs. San Jose State Spartans matchup we’ll be providing 4* free College football game predictions on the blog all season long, and check out our Experts for guaranteed premium & free CFB Football picks!