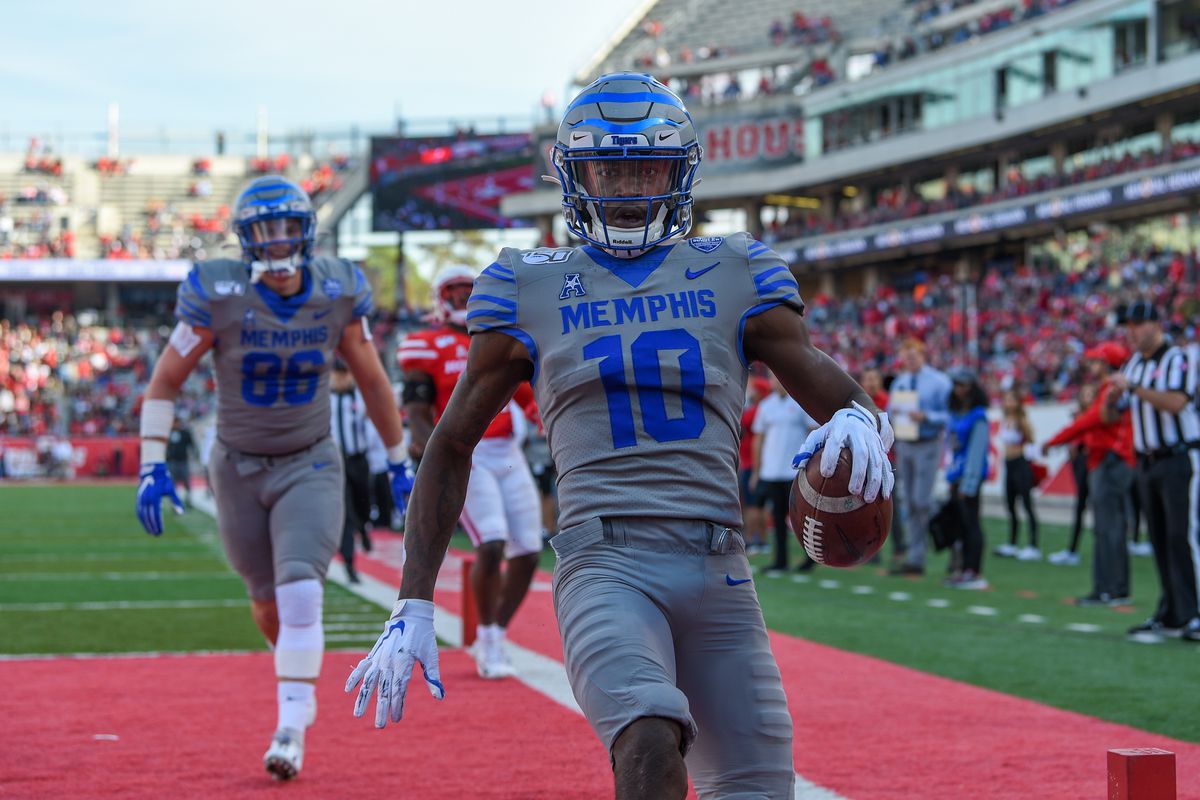 Week 11 college football sees the Pirates and Tigers meet at the Liberty Bowl.

The Tigers are favored by 5.5 points in this AAC matchup and we see a 59 showing on this total. A phone call might be coming for whichever team finds a win this weekend as win #6 usually gets the bowl committee’s attention.

The Pirates and Tigers are both 5 – 4 coming into this weekend’s battle at the Liberty Bowl although those FCS results could also be costly. ECU’s win over Charleston Southern and the Memphis win over Nicholls could also be what doesn’t impress the voters so it is a catch-22 situation. Surely, getting those 6 wins is the first goal for any program because it holds the first milestone that can be reached.

ECU hasn’t been to a bowl since 2014 when they were constantly appearing in the post-season but it’s been a while now. Mike Houston has secured the most wins in his 3 years in Greenville and a bowl appearance would do wonders in the step-up process for this program. Coach only combined to find 9 wins over the first two campaigns so things are, at least, looking up with 3 games left to play.

The Tigers can also keep their own bowl streak alive that dates back to that same 2014 season that ECU was last seen playing in the post-season. The Tigers have had 4 different coaches keep this string of success going and the line setters like their chances to find win #6 this weekend.

The Pirates defense… wait, did I just say Pirates and defense in the same sentence? I think I did and it is because of that defense we see ECU at 5 – 4 after a huge win last weekend. East Carolina wiped out Temple, 45 – 3, and it goes without saying that the defense obviously showed up in a big way. Hey, it’s Temple, noted, but it still looked pretty impressive and not just on paper.

That field goal to turn that 0 into a 3 came on the last drive of the game to prevent the shutout for the Pirates’ defense. Temple QB D’Wan Mathis was held to 37 passing yards and Justin Lynch didn’t fare much better in his attempt to move the ball.

Holton Ahlers was an efficient 16 for 24 with 197 passing yards and 3 scores plus he found paydirt once with his legs accounting for 4 TDs. He was smart enough to hand the ball to Keaton Mitchell who accumulated 146 yards with two trips to the end zone himself. Mitchell is up to 902 yards hoping to eclipse the 1000-yard mark this weekend with a big game against the Tigers.

The Tigers rushing defense is ranked 63rd allowing 147 YPG but they will have to slow down Holton Ahlers and the ECU passing attack to have any success this weekend. The Tigers defense ranks 101st against the pass and you certainly know the Pirates will try to use that to their advantage.

The Tigers being favored by almost a TD means nothing to the Pirates and it should not hold much weight in this locker room either. This game is about as evenly matched as we can get because of the passing attack that Memphis provides to the party.

Remember when this team was 3 – 0 after taking out Mississippi State? I think we all had them pegged for a nice campaign and then the shit hit the fan and everything fell apart. The Tigers had lost 4 of their last 5 games before the win over SMU last weekend.

Houston and Tulane are also on deck for Memphis so this will certainly not be an easy way to get land a bowl invite in 2021. We might have to see a 7 – 5 record for the Tigers but a 6th win would, at least, open the door to the possibility.

The Tigers passing game is ranked 15th in the nation putting up 311 YPG and Seth Henigan has done a decent job at running this offense. Henigan was not even on the depth chart until things started to go wrong all around Gunnell’s absence and he has just seamlessly taken over.

Henigan’s first season under center has seen him put up over 2,500 passing yards with an 18 – 5 TD to INT ratio.

That total says 59. Here, wait, let me say it again… That total says 59!!! With 3 exclamation points this time. Who the hell set that line and how drunk do you have to not jump all over the line setters for making it so easy for us?

Yes, yes they will get 60+ so take advantage of it! It will be a close game IMO too so expect that last kick to win Memphis this football game.

If you’re looking for more picks like this East Carolina Pirates vs. Memphis Tigers matchup we’ll be providing 4* free College football game predictions on the blog all season long, and check out our Experts for guaranteed premium & free CFB Football picks!