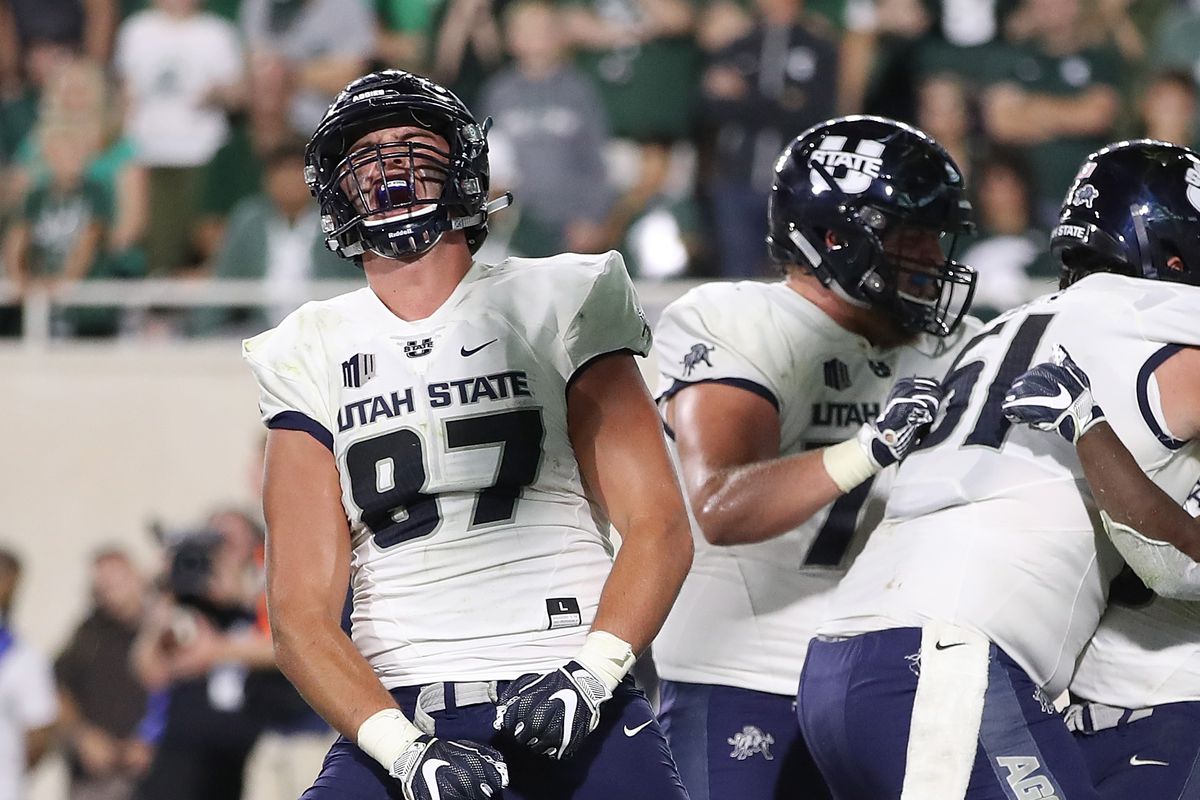 A pair of programs that needed to put disastrous 2020 seasons behind them has seen a big improvement from where they were a season ago. The Rams and Aggies struggled to come with 1 win each in 2020 although Colorado State was only able to play 4 games and the Aggies took the field only 6 times.

Entering week 8 of the 2021 campaign, the Rams are hoping to go over .500 for the first time since the 2017 season when they reached the 6 – 2 mark. The Rams were 9 – 23 after that point and 2nd-year head coach Steve Addazio got off to a horrible start to this season losing to FCS South Dakota State and Vandy before going 3 – 1 the last 4 outings to reach the 3 – 3 mark.

The Aggies are two wins away from becoming bowl eligible at 4 – 2, although that North Dakota win might not be seen as a strong enough victory should this program get stuck at 6 – 6 this year. We can assume, however, that in a season like this there is room for any outfit that can get to 6 – 6 because of the need to fill so many post-season bowl games.

The Rams have covered the last 4 meetings between the teams but usually, they have been the underdog and not favored as they are on the road this Friday night. Colorado State leads the all-time series 39 – 35 – 2 but as Mountain West foes they are 3 – 4  in 7 meetings.

The Rams are favored by 3.5 points in this Mountain West Conference matchup.

What makes this game interesting is watching how the Rams defense that ranks 10th in total yards allowed approaches slowing down the 11th ranked offense in total yards as the Aggies are through 6 games.

By the same token, we certainly need to address the schedule and who this team has played to this point because there are some weak opponents on the Rams slate in 2021. Although the ship has been righted a bit since, losing to South Dakota State and Vanderbilt to start the campaign? Uh, well, do I need to convey much more when an FCS team and arguably the worst SEC program in FBS kicks your ass?

With wins over New Mexico, San Jose State, and Toledo, the Rams placekicker has been the hero all too often. Luckily, Cayden Camper has a boot to rely on as he has kicked 11 field goals in the last 2 games and is 17 for 21 on the season. But, when we are highlighting the kicker, that usually means that something is array and we have your answers as to why that’s the case.

The overall offense is simply not very good and there are no household names to find on this roster. Todd Centeio has only thrown 6 TD passes this season, although he can certainly use his legs to move the chains when the patterns are full and he has nowhere to go. He’s been sacked 10 times with only 1 INT but the ground game really needs improvement.

Ranked 95th in points scored averaging just under 25 PPG, the rushing unit is good for only 169.5 YPG which puts this offense at 60th in the land. David Bailey and Ajon Vivens are the 1-2 punch out of the backfield, but they only average less than 4 yards per run combined and Vivens hasn’t even seen the end zone yet.

Vivens is questionable to go after leaving the New Mexico game so that will put that much more pressure on this running game to find production.

Tight End Trey McBride leads the team in receptions with 49 and no other receiver has caught more than a dozen balls on this roster behind him.

The Aggies offense ranks 10th in the nation in total yards putting up 484.8 YPG and the passing attack averages 315.2 YPG putting this program in the 15th position of the rankings.

Defensively? Well, let’s just say that we have reason to be concerned on that side of the ball as we see the 118th ranked rush defense that gives up 206.5 YPG. This defense put this team in jeopardy last weekend going do 17 – 7 in the first quarter against UNLV as Charles Williams ran all over them. Williams reeled off a disheartening 75 yard run on the first play of the drive just after Utah State scored to make it 7 – 3.

Now, the next problem to be concerned with comes with their own running game as Calvin Tyler looks like a no-go for this outing. Tyler’s absence takes the team’s leading rusher off the field that has 96 carries tallying 477 yards this season.

John Gentry and Elelyon Noa will have to pick up their game and find a way to keep this run offense in shape or else it could be a long day for QB Logan Bonner.

Bonner has done all right, but the INTs need to come down before he gets into the double-digits. The 11 / 7 TD to INT ratio combined with the fact that he is not exactly fleet-a-foot makes things complicated.

I don’t know why the line setters are expecting such a high-scoring game but I disagree completely. I can see this ending up as a 29 – 23 type of game and obviously, one possession going wrong can turn that 52 into a 59 and push the bet, so I get it. Play the Under small and hope the mistakes don’t hurt us.

We’re going with the Under with so many trends pointing to the play. I am not a trend-bettor perse, but I just feel the numbers support my lean of a low scoring game so I’ll go with it.

If you’re looking for more picks like this Colorado State Rams vs. Utah State Aggies matchup we’ll be providing 4* free College football game predictions on the blog all season long, and check out our Experts for guaranteed premium & free CFB Football picks!