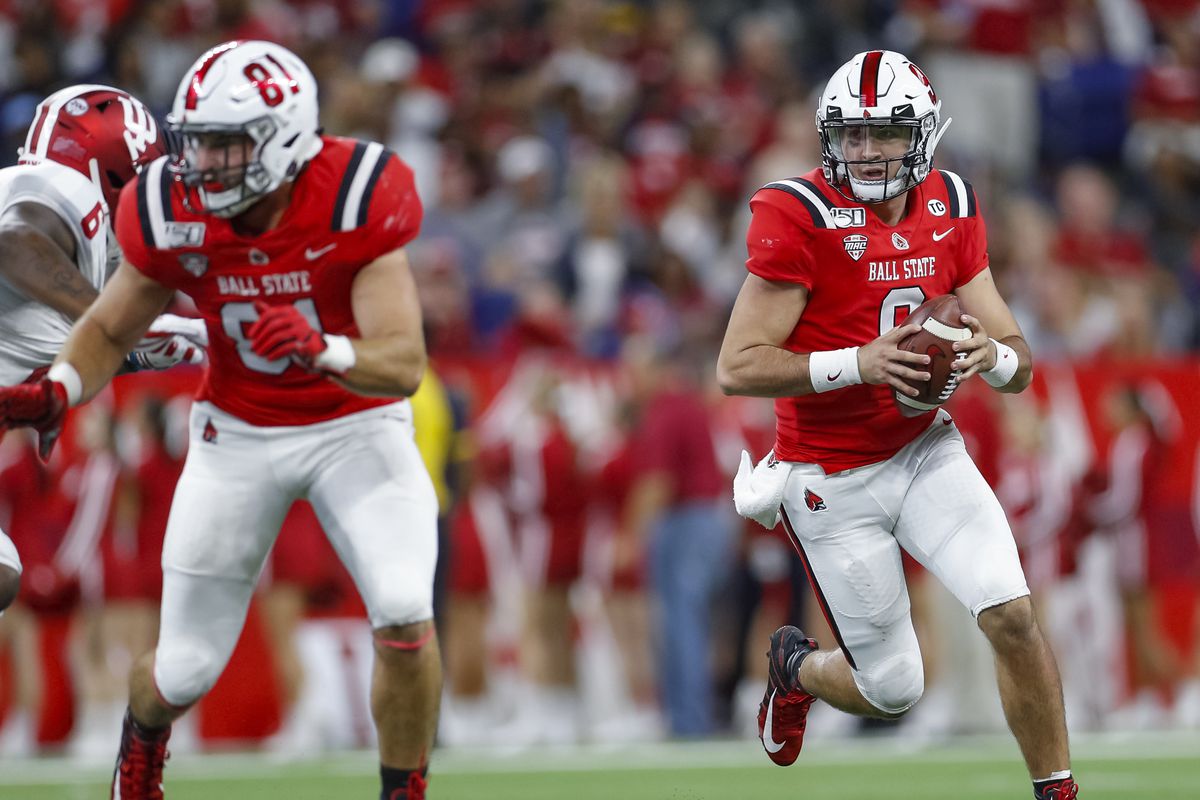 The Cardinals are favored by 6.5 points in this MAC matchup as they hang on to the hopes of becoming bowl eligible this season. At 5 – 6, the Cardinals will need to take out the Bulls and hope the hone call still arrives because of that Western Illinois win holding zero gravity with the bowl committee.

It has been an underwhelming season for Mike Neu and the Cards who were expected to be battling for more than just a post-season showing in 2021. This program returned 20 starters from that 2020 squad that was 7 – 1 and the goal was to improve and not go backwards as they have in 2021.

The Bulls are also facing a disappointing season after 3 straight bowl appearances as that will be coming to an end for first-year coach Mo Linguist. Linguist took over a 6 – 1 2020 program but there wasn’t much left in the cupboard upon his arrival to upstate New York.

This might just be a 4-win season for a program that has seen nothing go right all season long. Well, that’s not entirely true because this team was 4 – 4 and looking like they could possibly turn this into a winning season after all.

That has proven not to be the case as the Bulls are now facing a 3-game losing streak coming into the final game of the regular season. If you recall, Coach Linguist opted to not keep anything that was in place upon taking over this program last winter. With only a handful of returning starters on each side of the ball and an entirely new coaching staff, this season will go down as a losing one with the obvious goal to make 2022 a better campaign.

We have seen even down the stretch that this defense has been overworked and they look tired and out of gas. The Bulls defense ranks 114th out of 130 FBS programs in stopping the run and it is tough to win the turnover battle when you are 124th in the nation when it comes to causing those turnovers.

Let’s just say that 2021 is a wash and the immediate goal is to sure up this defense and get this team back to the .500 mark next season, at worst! Anything beyond that shouldn’t even be on this program’s mind because there is a lot to prove and you can expect plenty of new faces on the field again next year.

Ultimately, the same can be said for Ball State but for different reasons. This program was going to be among the leaders in the conference after winning the East and ending 2020 ranked nationally.

It is not often that a program that is returning 10 starters on both the offense and defense takes a step in the wrong direction. All of that experience was supposed to keep Buffalo in the MAC title conversation throughout the year and the non-conference schedule this team took on might have been a little too much.

Yes, the obvious win over Western Illinois was nothing tough to predict but scheduling Penn State, Wyoming, and Toledo out of the get proved to be too tall of an order to fill. Luckily, this team got past Army and started to get back on track but here we are again trying to erase a mini 2-game skid entering the final weekend of the season.

While the Buffalo defense has struggled in 2020 this program has also been run over and thrown upon all year long. The Cards defense ranks 95th in rushing, 98th in passing, and 97th in total yards allowed this year.

Drew Plitt did a reasonable job for this team having only thrown 5 INTs to his 16 TD passes but there might not even be a single receiver on this team with 700 yards. Justin Hail has 606 yards to lead this team into the final regular-season game while Jayshon Jackson isn’t far behind at 580 yards to his credit. Unfortunately, Hall missed last week’s game and he is questionable to dress for the season finale as well on Tuesday.

This total looks just as nice towards the Over but I think we should be on the Bulls to cover this game. Hall is likely out for a second straight game and that leaves the Cards short-handed with go-to dudes that can help this offense. I will just stay on Buffalo to cover the 6.5, however, because 59 points could be tough even with these two shit defenses on the same field.

If you’re looking for more picks like this Buffalo Bulls vs. Ball State Cardinals matchup we’ll be providing 4* free College football game predictions on the blog all season long, and check out our Experts for guaranteed premium & free CFB Football picks!