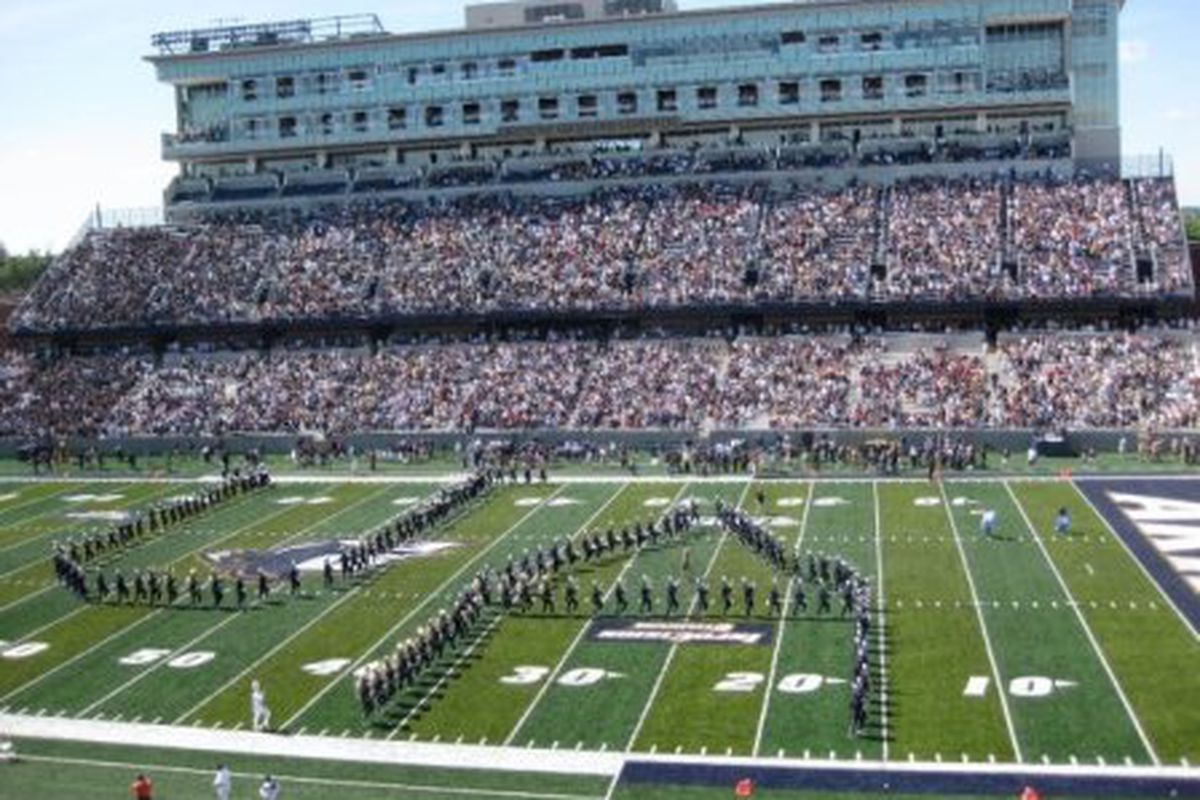 The Bulls are favored by 11.5 points in this MAC matchup although both teams are 1 – 2 in conference play entering this weekend.

That lone conference win for the Bulls came last weekend in thrilling fashion as a 17-point 4th quarter was finished with a walk-off made field goal that gave Buffalo a 27 – 26 win over Ohio. The Bulls had lost 4 of their last 5 games before taking the win last weekend, but the line setters are still pointing to a big win on the road on Saturday against the Zips.

Akron certainly knows what it means to show up as an underdog and we have seen it all too often over the last 3-4 years. The Zips were dogs in 11 of their 12 games in 2019 that amounted to losses in a winless campaign. The 2020 season had them as dogs 5 of 6 games, but this year we have seen them favored in 3 of their 6 games.

Coach Arth can only hope to bring the Zips back to a bowl game for the first time since 2017, but it will be an uphill battle to get there. A bye-week comes next for Akron and then they’ll have 4 games left to get to the 6 win plateau.

The Bulls needed a big pick-me-up after losing 4 of their last 5 games, and it came last weekend with a 27 – 26 win on the last kick of the game against the Bobcats. Let’s not lose track of the fact that Ohio was up 21 – 0 before the first quarter was over and it looked the Bulls were going to stay in the tank.

Getting back Kyle Vantrease this season had everyone expecting Buffalo to be in great shape after their 6 – 1 2020 campaign. However, he didn’t get a good chunk of his offense back with him and it’s been an adjustment to this point.

The passing attack only ranks 91st in the nation putting up 209.6 YPG, but it’s the running game that has excelled in 2021 for the Bulls.

This is the 34th ranked rushing offense that puts up just under 200 YPG on the ground and Vantrease adds to those numbers. The three-headed trio of Dylan McDuffie, Kevin Marks, and Ron Cook have combined to tote the rock 233 times gaining 1222 yards with 13 trips to the end zone.

That certainly can take pressure off of Vantrease whose favorite target is Quian Williams, Williams has tucked in 49 passes for 579 yards but he is tied for the team lead in TDs… with 1!  Vantrease has to work on his 5 – 4 TD to INT ratio and let his running attack do most of the work this weekend.

Coach Arth knows that a loss this weekend at home means a 6th loss and what will likely push them towards another losing season for the Zips. Arth has only secured 3 wins in 3 seasons with the program and jobs are always being spoken of when you can’t seem to get things moving in a positive direction.

The Zips return home this weekend having lost 3 of their last 4 games while coming off last weekend’s 34 – 21 loss to Miami, OH. The final score may look a little respectable but the Redskins were up early and really made it a no-contest going into the 4th quarter up 34 – 7.

A 50-yard TD pass with 30 seconds left in the game added to Zach Gibson’s numbers which actually look good despite the loss. Gibson ended the game 25 for 39 with 3 TD passes and 291 yards but that is just paperwork. The theme of the day was the lack of success on offense and now we have a concern at QB entering this weekend.

Both DJ Irons and Kato Nelson are questionable to go and that means Gibson will have to run the show again by himself as he did last weekend. Despite playing catch-up the entire game last time out, Gibson has yet to throw a pick with TD passes to his credit.

Irons is certainly the mobile QB of the 3 of them, but Gibson has a running game that is basically non-existent. The Akron rushing offense ranks 115th averaging only 111.4 YPG, and the Zips defense allows 38 PPG which puts them all the way back at 125th in the land.

Zach Gibson should be able to help keep Akron in the game for a while, but overall I see this as a Buffalo win on the road by 19. Buffalo should be enhancing their ground and pound attack keeping possession of the ball and scoring on at least half of their drives. I see a 39 – 20 road win for the Bulls.

If you’re looking for more picks like this Buffalo Bulls vs. Akron Zips matchup we’ll be providing 4* free College football game predictions on the blog all season long, and check out our Experts for guaranteed premium & free CFB Football picks!