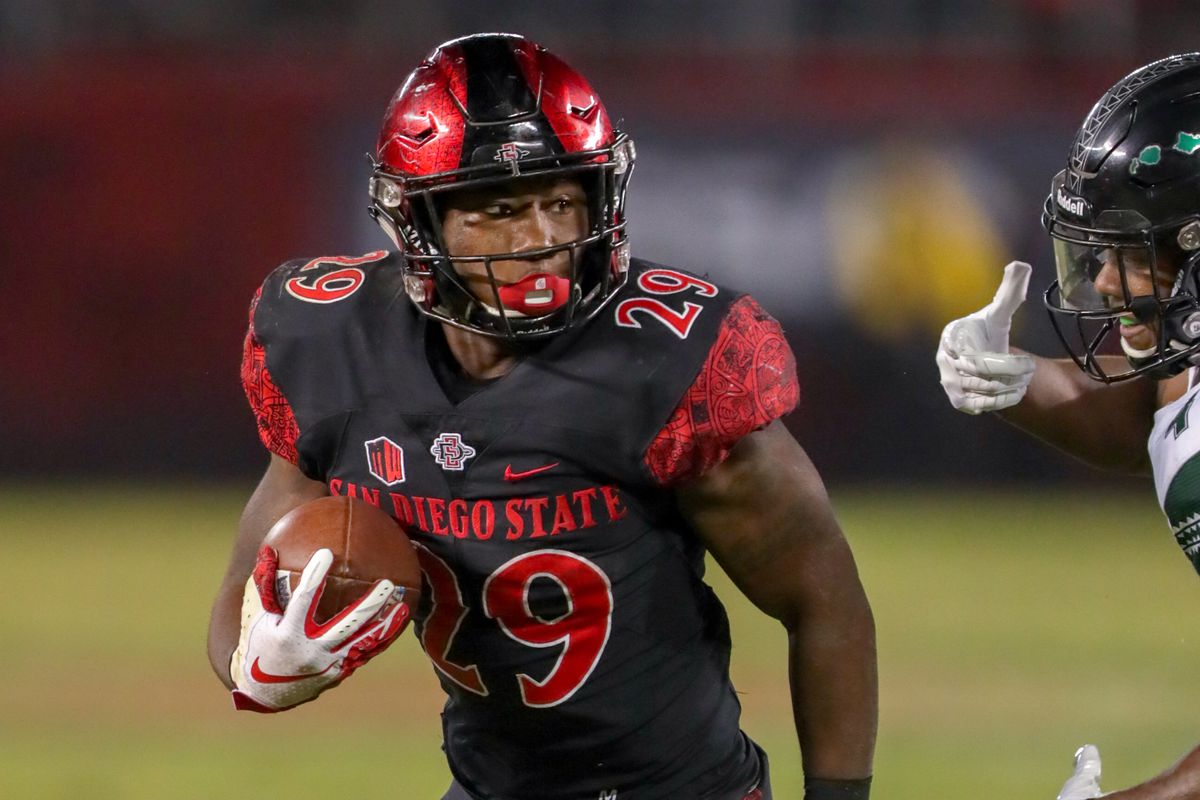 Week 13 college football sees the Broncos and Aztecs meet at Dignity Health Sports Park. This game can be seen on CBS.

The Broncos are favored by 2.5 points in this Mountain West Conference matchup despite the fact that the Aztecs have already secured their spot in the title game. San Diego State cannot be caught by the Fresno State Bulldogs so the Aztecs will be looking ahead to next weekend’s MWC championship game.

The Aztecs could possibly face this same Boise State program if the cards fall a certain way but it would mean that the Broncos won this game and got some help along the way.

The Broncos are in a 3-way tie for the top spot in the MWC Mountain Division with Utah State and Air Force coming into the final game of the regular season. However, both the Aggies and Falcons are playing in games they are strongly favored to win this week so the odds are certainly not in the Broncos’ favor.

Well, it would take a win and Utah State would have to lose to New Mexico and the Falcons would have to get beat by UNLV for this team to land in the MWC title game. Let’s go on that bold limb and say there is no way that both of those teams lose their respective games.

The Broncos lost to both Utah State and Air Force this season so a tie in the standings would do nothing to help them advance to the title game. Utah State is favored by 15 points over Ne Mexico and the Air Force program is favored by nearly 3 TD to take out UNLV.

All Boise can do is win this game and hope for a pair of miracles to come their way and again, that is one tall order to fulfill.

The Broncos are riding a 4-game win streak coming into this Friday night affair in California, and the defense put up quite an effort last week to shutout New Mexico, 37 – 0. Central Florida and Nevada are the only two teams that have found any success on offense against this Bronco D all season.

The Broncos rank 25th against the pass and just outside of the top-10 in points allowed giving up 18.3 PPG (11th). The offense? Well, the story is not one that will impress too many of us showing the 101st rushing offense for a team that puts up 390.4 total yards per outing (76th).

Hank Bachmeier has done a formidable job staying healthy and getting production from a trio of running backs who can all carry the load if need be. George Holani, Cyrus Habibi-Likio, and Andrew Van Buren all bring different elements to the table although the numbers don’t show a wealth of success in 2021.

Bachmeier only needs 143 passing yards to topple the 3k mark and he will certainly get there with this and the bowl game to come in December.

The Aztecs are, of course, looking ahead to next weekend’s MWC title game so we can surmise that the team will not be going full-boar to get this win even if it is Senior Day for the outgoing class. No one wants to set up for a loss, however, so I doubt coach Brady Hoke is going to slow things down too much.

Keep in mind now, Hoke took over a program that has been used to being a part of bowl season and this team didn’t get to play in a bowl in 2020. The 4 – 4 record had them invited to the post-season but there were just not enough bowl games available in a shit 2020 season that we all want to really forget for the most part.

Regardless, this team has far and away exceeded expectations representing the West Division in the MWC title game. Nevada and San Jose State were supposed to be the biggest challengers to this team in the division but Fresno State ended up being the team that will finish right behind them when the regular season ends this weekend for everyone.

Speaking of defense, the Aztecs rank 2nd in the nation stopping the run allowing only 77.5 YPG on the ground. The 17.4 PPG allowed ranks this team at 10th in the land and that has helped out in a major way being that the Aztec offense was pure shit at times.

The Aztecs rank 125th out of 130 FBS programs passing the ball and this team only puts up 183 YPG on the ground to list them at 47th in rushing. The schedule has certainly been favorable and the Aztecs did well to use that to their advantage in 2021.

Both teams should go out and still give us a bit of a show despite the defensive numbers for both squads in 2021. I still see this as a 27 – 24 type of game and that will put us over that 44.5 number being offered by the oddsmakers.

If you’re looking for more picks like this Boise State Broncos vs. San Diego State Aztecs matchup we’ll be providing 4* free College football game predictions on the blog all season long, and check out our Experts for guaranteed premium & free CFB Football picks!