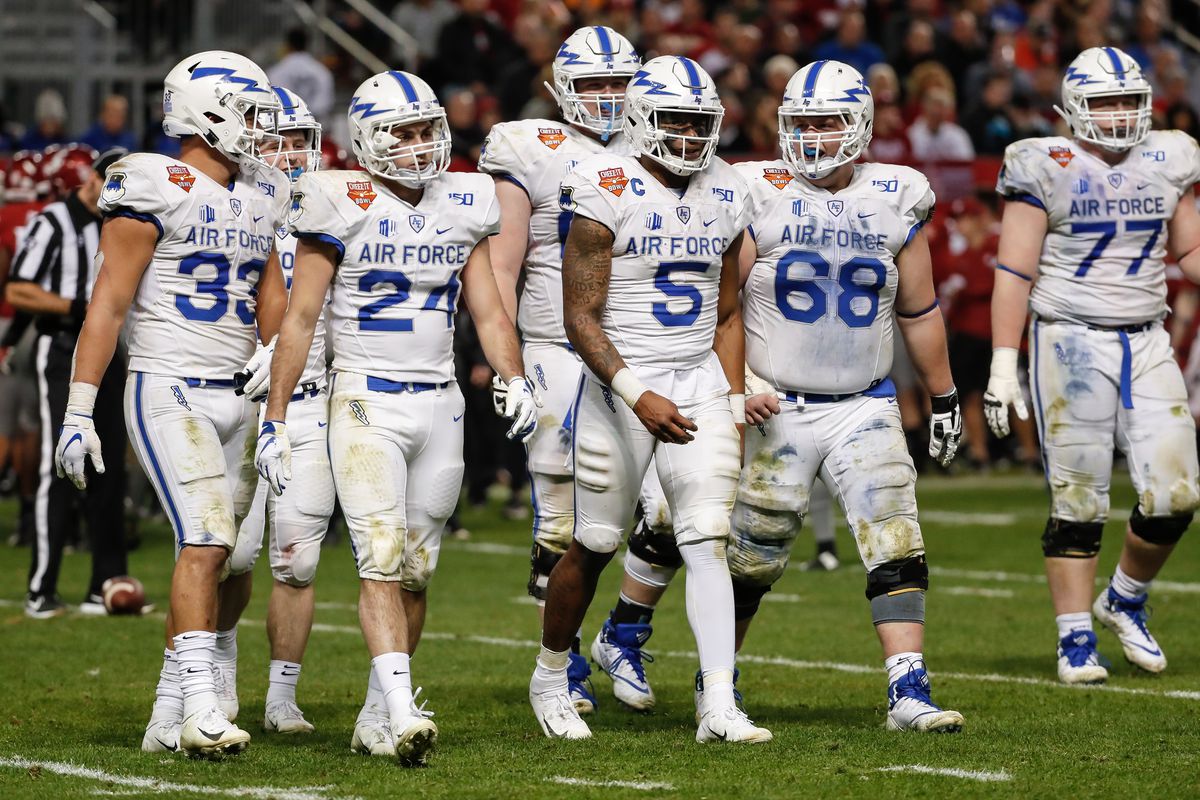 Week 10 college football sees Army and Air Force meet at Globe Life Field to play the Commander’s Classic. Globe Life Field, the home of the Texas Rangers MLB team, has opened the facility to host its first-ever football game on Saturday in Arlington.

Uh oh! We have a hostage situation happening!! Be aware that these Cadets have taken the Academy’s mascot hostage in a fun way to make the game more interesting.

The Falcons are favored by 2.5 points in this Commander’s Classic matchup and Air Force is in a position to secure another Commander-In-Chief trophy!

With the 23 – 3 win over Navy way back in week 2 of the season, the Falcons need to just find a win over Army to retake the hardware which they have not held since 2016. Army has taken 3 of the last 4 honors and the Naval Academy took the 2019 series that has been going on since established in 1972.

It is safe to say that Army will not simply surrender its current hold on the trophy, so if you want it you better be ready for a battle! Air Force will be up to the task, however, as they are the program with 6 wins already staking a claim for bowl season.

How do we not look at this year’s Army schedule and wonder how the hell this team is only 4 – 3? Bucknell and UMass are on deck and the big game with Navy to finish the season comes after a bout with Liberty to finish up the 2021 campaign.

Last weekend’s game? Holy sh!t, man! 70? Did someone jack up Army for 70 points and make it look that easy? Yes, Wake pounded the Black Knights into submission and now a 3-game losing streak needs to be erased. You would think losing a tight game to Wisconsin the game before would better prepare the defense for Wake but that just didn’t happen.

The Knights passing defense is obviously a concern now that we just saw what happened to them just a few days ago. Sam Hartman went ballistic on the Army defense throwing the ball around the yard 29 times. He converted 23 of those attempts into 458 passing yards with 5 strikes to paydirt. Wake also saw 4 different rushers get in the end zone and the day was just a miserable one all around.

The goal is clearly to recover in time to not get humiliated again, not to say Army didn’t stay in the Wake game because it was close throughout for the most part. Army did put up 56 of their own points which gets lost when you give up 70.

Jabari Laws completed 9 of his 11 passing attempts and 3 of those put up points in the passing game while the Cadets, of course, put up 5 TD on the ground.

Let’s just say that defense was optional last weekend! Now, another team that likes to throw the rock around the field will likely cause the same havoc so buckle up! We might see another 100+ points.

The Army defense ranks 80th against the pass giving up 240 YPG and they are giving up nearly 28 points a contest. This is still a heavy-run orientated offense that ranks 2nd in all of college football putting up 312.3 ypg on the ground. They won’t have to worry too much about Air Force’s passing attack, however, so this should be a game where the clock runs and the yards on the ground add up.

Air Force is certainly not content with just making a bowl berth in 2021. However, the loss to Utah State, who sits a game ahead of them in the Mountain Division standings, is not going to be easy to overcome. The odds of this team running out the season and having Utah State lose twice with their easy schedule? Not likely going to happen!

So, it is just a season to take it game by game, get into a nice bowl and hopefully take a Commander-In-Chief trophy back to Colorado Springs with them. It’s been 5 years since this team has touched that thing and any year is a good year when you beat Navy and Army.

Do you know why Army is the #2 ranked rush offense in 2021? That’s because Air Force is the #1 rushing team in the land that runs for 318.4 ypg themselves.

Air Force has had two weeks to prepare for this game after their bye week, but they still have a bad taste in their mouths from the 20 – 14 loss to San Diego State last time out. The Falcon defense held Lucas Johnson to only 72 passing yards in the loss as both teams used the run game most of the night.

The Falcons defense ranks 3rd in the nation allowing only 281.6 total YPG to their opponents and they appear in the top-15 in both passing and rushing defense. This team can stop you however you plan to have success and they are the favorites in this neutral-site game.

Brad Roberts will try to become the 5th player in NCAAF to go over 1,000 rushing for the season as he only needs 155 yards to get there. That will obviously, mean he had a big day and that would bode well to secure a win and regain the Commander-In-Chief trophy.

Roberts had one of the worst days of his career against San Diego State only putting up 27 yards on 7 carries in the loss. The Aztecs held Air Force to only 192 rushing yards for the game and they did a great job not allowing a big gainer to the Falcons. A 16-yard scoot from Zach Larrier was the longest run of the day and Naaziq Daniels led the team with only 50 yards on the ground.

Maybe it is because the Under is 7 – 0 when these two have met recently, but that is simply history.

What is 37? I saw this number and thought to myself that someone blew this call. Yes, the teams will be running the ball, running the ball, and then they will run the ball some more. Noted! Why there would be no success along the way is odd to me as the line setters predict a low-scoring affair.

If you’re looking for more picks like this Army Black Knights vs. Air Force Falcons matchup we’ll be providing 4* free College football game predictions on the blog all season long, and check out our Experts for guaranteed premium & free CFB Football picks!