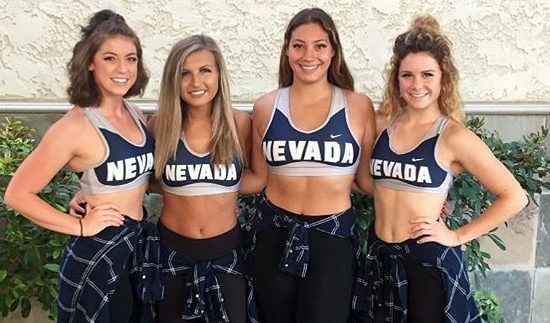 The Wolf Pack are favored by 1.5 points in this Mountain West Conference matchup as both teams still chase the Mountain West title game. Yes, there is still an outside chance that this could be the first of two meetings for these programs in 2021.

Will it take about 25 things to make it happen? Oh, it might, but as long as the sign says open this game is a big one for both of these programs.

Nevada is sitting behind San Diego State and Fresno State in the West Division of the Mountain West Conference. The Wolf Pack has also lost their games against each of them so how the hell can Nevada land in the MW title game?

Oh, they can just go 2 – 0 and hope that both the Aztecs and Bulldogs lose their final 2 games also. Easy peasy, LoL! Not so much but the Wolf Pack can’t make any of those other scenarios work for them without a win on Friday night at home against the Falcons.

Air Force is in a similar situation in the East Division race. The Falcons lost their heads-up game with Utah State and the two are separated by a game atop the East standings. Boise State is also still in the mix as either of the 3 teams could still land in the MW title game.

Air Force needs to go 2 – 0 and get some help and Nevada has to go 2 – 0 with some help of their own. Well, someone has to win this game and the loser of it will simply be left with a bowl game to play in December after next weekend’s final regular-season games are played.

The Falcons were 6 – 1 and had everything working despite the one loss being to Utah State in week 3, 49 – 45. We all knew that loss was going to be a huge factor down the stretch and here we are discussing it again.

Air Force really needed to get their groove back after consecutive losses to San Diego State and Army and they did just that last weekend. The Falcons snapped the mini 2-game slide with a win over Colorado State last time out, 35- 21.

The loss to Army was obviously big because the Falcons were staring at the Commander-In-Chief trophy but couldn’t get their hands on it. Now, the Army -Navy game will mean more to the Cadets because they can hoist the hardware when they meet in December should they take out the Naval Academy.

We all know the deal here, it’s a running game to deal with all day but all of a sudden we are seeing all of the military schools starting to throw the ball around.

Did you see that crazy Army game? Passing? Oh, you wanted some passing you said? Anderson and Daniels combined to put up over 400 yards of passing offense and I think we all left that affair with our jaws dropped. Wait, did he say over 400 yards passing in a game with two military programs on the same field? Right?

Haaziq Daniels came back down to earth a little last weekend only attempting 11 passes while completing 4 of them for 121 yards and 2 TD passes. The element of surprise surely comes in handy when you get a defense so geared up to stop the rushing game.

The Wolf Pack know that they also need to go 2 – 0 and get a lot of help to somehow land in the MW title game. I highly doubt that Jay Norvell really has anyone looking past this game because 8 wins in a season are outstanding!

The Wolf Pack has Colorado State next week in Fort Collins so they can surely find their way to back-to-back wins to wrap up 2021. The losses to the two teams ahead of them in the standings definitely add to the trouble but the goal is still 2 – 0 and let the chips fall where they may.

The Wolf Pack were staring 8 – 2 in the face last Saturday until the Aztecs kicked a late field goal to win 23- 21. Carson Strong did all he could do to get the team the win with 350 passing yards and 3 TD strikes.

Strong needed to come up big because his running game completely disappeared against the Aztecs. San Diego State held Nevada to only 8 total yards on the ground. HE SAID 8 YARDS!

Running against Air Force this weekend likely won’t work out well either so the plan will be for Strong to likely have to do all the work again with his receiving corps.

You do see the 129th ranked running team out of 130 FBS programs taking this field so we already have an idea about how that will go. Expect the ball to be in the air often, early, and late.

The Wolf Pack ranks 4th in passing yards this year, so that might work out just fine.

What is 52 supposed to do, scare us? Not me, I see this as a tale of two different approaches and success for both of them. the Wolf Pack will move the ball through the air and Air Force will run the Nevada defense into the ground.

If you’re looking for more picks like this Air Force Falcons vs. Nevada Wolfpack matchup we’ll be providing 4* free College football game predictions on the blog all season long, and check out our Experts for guaranteed premium & free CFB Football picks!