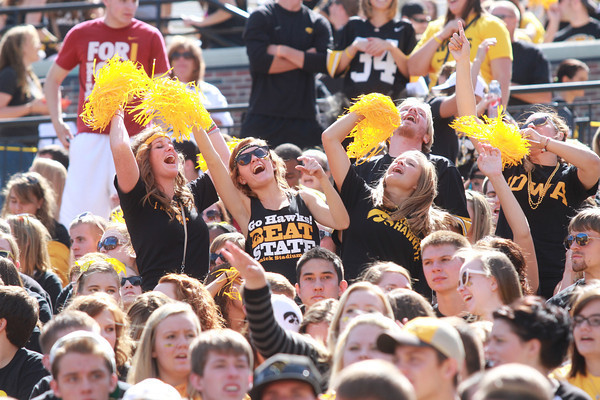 Looking for 2016 Iowa Hawkeyes predictions?  The Hawkeyes haven’t really been on anyone’s radar lately, as they haven’t won a bowl since 2010. Yet, they started out a sterling 12-0 last year, and didn’t lose until the Big Ten title game versus Michigan State.

They got blown out by Stanford in the Rose Bowl (45-16 loss), which perhaps takes a little of the shine off the apple.

Still, this is a good football team.

Iowa has plenty of experience at key positions, and it should help them win tough games of attrition in this conference.

Iowa had a great RB-by-committee setup in 2015 with Jordan Canzeri, LeShun Daniels and Akeem Wadley; the latter two return – despite being second and third-string, they combined for 1,100+ yards and 15 majors.

The offensive line is in fine shape, as per usual at Iowa, with upperclassmen Cole Croston, Boone Myers and Sean Welsh.

They should blast open holes for the RB duo and give plenty of time for Beathard to execute.

On defense, the Hawkeyes are led by DT Jaleel Johnson senior CB Desmond King. Johnson and King are both excellent, and King is a likely All-American, as he had an astounding eight picks a season ago.

The overall talent level at Iowa is somewhat underwhelming compared to other elite programs around the country, as was exposed in the thumping Iowa took against Stanford to close last season.

The loss highlighted the growing talent gulf between the historically-strong Big Ten and the SEC and Pac-12 conferences.

Iowa is balanced, but the Hawkeyes won’t sneak up on anyone this year. Before 2015, people were talking about how it was maybe time for long-tenured head coach Kirk Ferentz to step down, and he responded with a perfect regular season.

Being +11 in turnovers (hello, Desmond King) helped considerably, because the Hawks were only +36.6 in yards per game (just fourth in the Big Ten).

Even though Iowa won 12 straight ballgames last year, the 2016 version is more experienced.

There are lots of upperclassmen that have played through tough times and success.

Iowa is never going to recruit the pants off other big programs in college football, but Ferentz usually always has a plucky group of athletes that give maximum effort.

The team has five conference road games this year, but none come against a team with a winning record last year.

They get Wisconsin and Michigan at Iowa City, in the spirited Kinnick Stadium.

Iowa probably only has to worry about Wisconsin and Nebraska in the Big Ten West division, so you can like the Hawkeyes’ chances of making the conference title game again, with another shot at the elusive bowl victory.

What do you think about our 2016 Iowa Hawkeys predictions? Please leave us a comment below telling us how you think they’ll do in 2016!