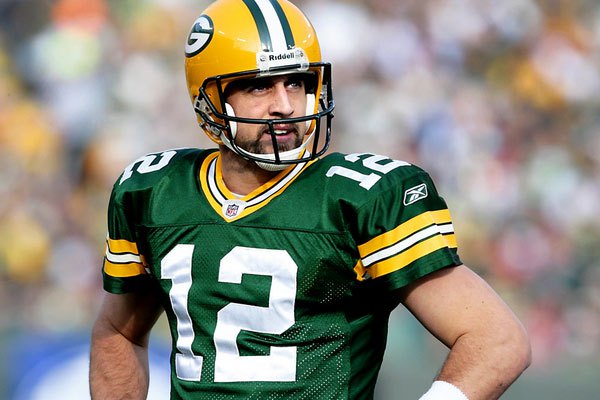 Week 12 of the Fantasy Football season is upon us – all of the byes are OVER and the stretch drive has officially begun. Three Thanksgiving Thursday games kick of the festivities this week in what is a scintillating slate of games. The Quarterback position will once again be front-and center in the world of Fantasy – only two QBs threw for over 300 yards last week – both in the same game! Most of us need more production than that!

So which Quarterbacks will produce for your Fantasy squads this week? Let’s take a look at the top 5 Fantasy Quarterback plays of Week 12.

Rodgers looked better last week although he passed for only 212 yards and 2 TDs. This week he gets a Bears team that he has traditionally ripped up – just 189 yards in the first matchup of the season but 3 TDs to go along with that. James Jones has re-awakened, the running game is supporting the passing game again – looks like Rodgers has rounded the corner and is due for a huge Fantasy explosion.

On home turf against a poor defense, 300 yards and 3 TDs isn’t too much to ask!

The Giants come off their bye this week to face a Washington pass defense that has been torched all year long – they allowed 5 TDs last week to Cam Newton! This week shouldn’t be different especially with Odell Beckham ready to terrorize a team that he has dominated in his career. Manning had 361 yards passing in his last game before the bye against the Pats and had 279 yards and 2 TDs in the first meeting of these teams this year.

He should push 300 yards and go for at least 2 TDs, probably 3 this week with upside.

Arguably the hottest player in the NFL seems to be on a legitimate MVP path. Despite the perceived lack of weapons in the passing game Newton just keeps getting it done – with his arm, his legs and his mind – 20 passing TDs and 6 more on the ground so far this season! He enters off a five TD performance against the Redskins last week and gets a Dallas team that has suddenly hit a rough patch this year. Newton has scored at least twice in every game except for Week 1 and is a good best to do so again. I like him to go for 250 yards passing and 2 TDs to go along with another 40-50 yards on the ground and another TD. Newton could end up being the #1 Fantasy QB this week – I have him conservatively at #3.

Palmer and the Cards get the pleasure of facing a 49ers defense that allowed Russell Wilson to go 20 for 27 last week for 280 yards and 3 TDs. He has already gone for 311 yards and 2 TDs this year against the 49ers and is a good bet to easily eclipse that this week against the sinking ship that is the 49ers. Palmer has averaged 3 TD passes per game in his five away from home this week and is seriously dialed in ahead of this week. Carson has been one of the most reliable Fantasy QBs all season long – don’t expect that to change in a juicy matchup this week. 275 yards and 3 TDs is a conservative projection.

Brees and the Saints return from their bye this week to take on the Texans in Houston.

Brees has turned his game around since the beginning of the season and is once again as reliable as they come in terms of Fantasy. He will always throw for a ton of yards but has to hope to get over the 2 TD hump on the road in order to be a top 5 producer this week. I like him to do just that – 280 yards and 3 TDs against the Texans is where Brees will have to be in order for the Saints to have a chance in this one.