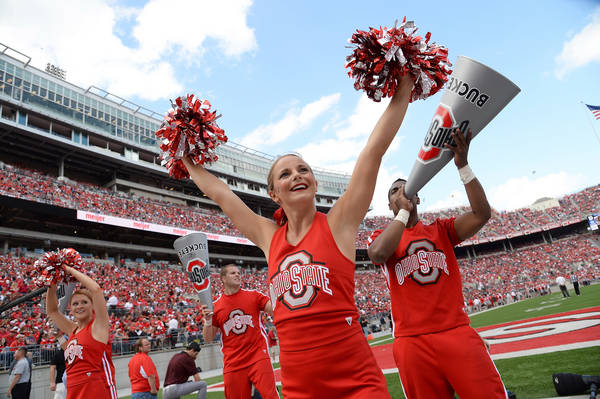 Already shopping for 2017 National Championship Odds? The College Football offseason can seem long and tedious. There is lots of information to process but we get it in small increments as players transfer, or get booted off the team. We get a chance to catch a spring game and do a little evaluation there but really it is hard to learn much from a scripted practice.

Every once in a while there is a huge nugget like what is going on at Baylor right now.

I know Baylor might not have the reputation of Notre Dame but they were in the relatively small group of teams that could reasonably think they could win a title.

Many books have released their early odds for just that very thing to lets take a look at some that stand out and see where some value may lie.

These two teams have the best odds of winning the championship.

Both are replacing a significant amount of talent that will be playing in the NFL season but are still considered to be best bets due to superior coaching and recruiting.

Alabama may not know who their QB is yet but it would not surprise if they have the best defense in the nation.

At OSU J.T. Barrett is one of the best returning quarterback in the nation. An elite talent almost won the Heisman a couple of years ago.

The Sooners were going to be a contender no matter what but things got just a little bit easier for OU assuming Baylor might be on the rocks.

Oklahoma probably has the best backfield in all of college football and should be able to score a ton of points, more than enough to give the defense a chance to replace their playmakers on defense.

The only negative at the moment is that this group tends to underperform when expectations are high.

The Noles have a great shot to be the top team in the ACC this season and earn a spot in the playoffs.

They are returning a ton of players on both sides of the ball and get to host Clemson this year, which likely determines who wins their division.

They host the Gators too which is why I think a perfect regular season is a very distinct possibility.

This program might not reload as fast as some others but they are ready to roll this season.

Once again the Ducks have dipped into FCS for their quarterback. Assuming he is competent in their dynamic system this group should be primed to win the PAC 12 North.

It will help that they get to host rivals Washington and Stanford with the biggest test of the season being a trip to L.A. to take on a Trojans team that nobody is sure what is is right now.

I think that Oregon has been good enough for long enough to deserve the benefit of the doubt.

The Cougars were the Power 5 darling of a year ago. They lost some talent to the NFL but come back with the same great coach and their starting quarterback is a big time weapon.

They beat FSU in a bowl game last year which was great for the program but the reason they are a legit contender this season is that if they run the table it will include a big win over Oklahoma.

I am not saying they get it but if you think they do than they have to be on your short list…and just look at that value.

To win it all you have to make the playoffs and if you are trying to do that a perfect record helps. Boise makes my list of interesting teams here because they might have the best shot of a perfect season of any team in the nation.

Not because they are the best but because they will be pretty darn good with returning QB Brett Rypien and a schedule where the toughest game might be a visit to Air Force.

They get Washington State at home and a visit to Oregon State should not be that tough.

They will keep creeping up all season as they win.

Of course all of these numbers can and will change with additional information as the season approaches. For right now there is good value with OSU and Alabama at the top but that seems a little too easy doesn’t it.

From the teams previewed above I like Florida State the best.

Clemson will be tough but I think they can take care of that and complete an undefeated season. By then this already experienced team will be even more so.

Look for them to enter as the top seed like they did a couple of years ago.