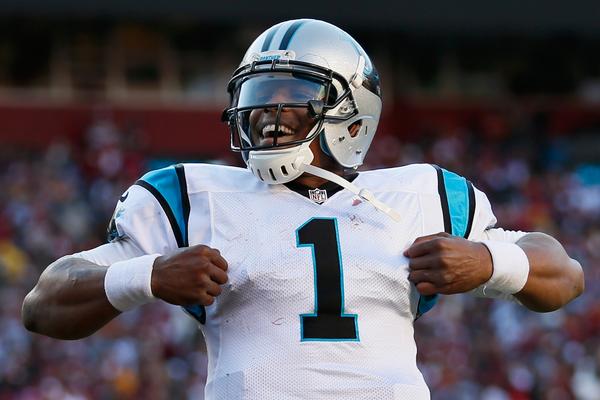 Both Washington and Carolina surprised with victories over two of the strongest teams in the NFC in Week 10.

But does either have a second half run in it to get into the playoffs? They will play each other this Sunday in Charlotte.

Washington hosted Tampa Bay as a 10-point underdog in Week 10.

Ten turned out to be the exact margin of victory, in favor of the underdog.

The home team drove 80 yards and held the ball for over ten minutes in a fourth quarter touchdown drive that sealed a 29–19 win.

Antonio Gibson punched in that final touchdown from a yard out. He finished with 64 rushing yards and two touchdowns.

DeAndre Carter caught QB Taylor Heinicke’s lone touchdown pass on the afternoon from 20 yards out in the second quarter.

Just like in the NFC playoffs last year, Heinicke played good football, finishing 26-for-32 without a turnover. This time, however, his team won out.

The win didn’t come without a cost for Washington, which lost its terrific young pass-rusher Chase Young to a torn ACL.

With Sam Darnold out, Carolina turned to PJ Walker and Cam Newton in a 34–10 blowout victory over the Cardinals in Week 10.

Walker, who played under current Carolina Head Coach Matt Rhule at Temple with a stop in the XFL between then and now, finished 22-of-29 for 167 yards with an interception in the win.

Newton handled several snaps down in the red zone and ran for a touchdown before later throwing for one.

Christian McCaffrey torched Arizona on the ground for 95 yards on just 13 carries. He also caught 10 balls for 66 yards through the air.

Like Washington, which got to face the Buccaneers without Antonio Brown and Rob Gronkowski, Carolina got to face an offense down some players on offense.

Colt McCoy started in place of the injured Kyler Murray and did not play well, completing just 11 of his 20 pass attempts and throwing a pick.

Chase Edmonds and DeAndre Hopkins missed the game for Arizona too.

Washington’s offense scored on all four of its first half possessions against Tampa Bay on Sunday but twice it was assisted with a short field after Tom Brady interceptions.

It did not move the ball particularly well, even in one of its best offensive games of the year.

Carolina also benefitted from some suspect offense from its opponent, controlling the clock and winning the field position game against McCoy and Arizona.

Since neither offense in this game is particularly good, the same could happen, though there’s also a good possibility that the ball stays between the 20s for a lot of this game.

The total is low but for good reason. Play the under in what could be an ugly sort of game.

If you’re looking for more NFL picks like this Washington Football Team vs. Carolina Panthers matchup we’ll be providing 4* free NFL predictions on the blog all season long, and check out our Experts for guaranteed premium & free NFL Football Picks!